Out of the 783,936 annual deaths from conventional medicine mistakes, approximately 106,000 of those are the result of prescription drug use. According to the Journal of the American Medical Association, two-hundred and ninety people in the United States are killed by prescription drugs every day.

We’ve become a society that instantly turns to medication and drugs whenever something is wrong. Our dependence on medications has gone up tremendously, with few people realizing the healing power of food, which is real medicine. It seems that almost any drug out there, as well as any disease can be cured or treated with the right food. This has been proven time and time again. We’ve become so used to taking drugs that when food is thrown into the picture, people often become confused and gaze at the one recommending it in disbelief, often paying no attention to the truth about food. 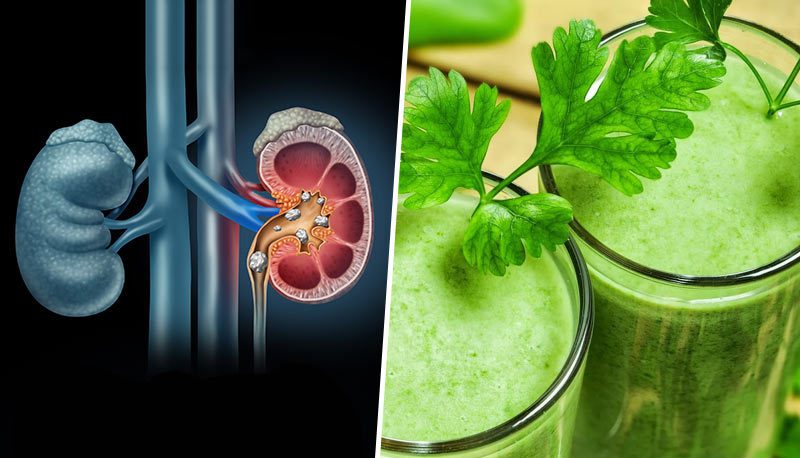 While you are considering medication, it’s also important to consider the food you are eating and what transformations you can make to help cure whatever ailment you suffer from.

“Let food by thy medicine” – Hippocrates

“The first duties of the physician is to educate the masses not to take medicine” – William Osler, Canadian physician and one of the four founding professors of Johns Hopkins Hospital.

There are many essential parts to the body that, in today’s toxic world, need extra attention and care if you want to keep them healthy and functioning properly. Your kidneys are important for a number of reasons, one of them being that they regulate water. Kidneys remove excess water from the body, or retain it when the body is lacking. They also help remove excess wastes from the body through urine, and also help regulate minerals in the body like sodium, potassium, calcium and phosphate. Kidneys also help to remove wastes like urea and creatinine. Many waste products are toxic if they are not removed from the body, chemical waste that is produced in the body is removed by the kidneys.

Last but not least, kidneys produce hormones. These hormones circulate in the bloodstream and regulate various bodily functions like blood pressure, the production of red blood cells and the uptake of calcium from the intestine. They also produce an active form of vitamin D.

The kidneys play a key role in the detoxification of the body, and here’s how you can ensure they stay healthy and clean.

Chanca piedra (Phyllantus niruri or ‘ochii iepurelui’ in Romanian), or “stone breaker,” is a favorite in South America for supporting the kidneys and clinical trials have confirmed the plant’s effectiveness. It’s common in regions and its widespread use has earned it a positive reputation in Ayurvedic medicine as a helpful medicinal plant for kidney, bladder and liver health.

Goldenrod (Solidago virguaureae or ‘splinuţa’ in Romanian) was used extensively among many Native American tribes for promoting urinary tract health. Research has found that this medicinal plant tones the urinary tract and is helpful for detoxifying the kidneys.

Hydrangea root (Hydrangea arborescens) was popular among Native Americans and early settlers, both of whom used the plant for promoting kidney and bladder health. Hydrangea root acts as a solvent and is thought to smooth the jagged edges of kidney stones. Hydrangea root also appears to help the body properly use calcium, an action that may be helpful for discouraging kidney stones from forming in the first place.

Both the root and seeds of celery have been used for centuries as a natural diuretic. What positive feature do diuretics have? They can help your body eliminate toxins by increasing urine output. Celery root has long been considered a stimulating tonic for the kidneys as it contains nutrients like potassium and sodium.

Also known as Joe Pye weed, gravel root (Eupatorium purpureum or ‘sovârf de apă’ in Romanian) has a long history of use by Native Americans and early American colonists for promoting kidney and urinary health. Its effectiveness may be partly due to its euparin content, a solvent with potent activity against harmful organisms. This may explain why many believe it’s effective at discouraging infections.

Also called “bearberry,” uva-ursi (Arctostaphylos Uva-ursi or ‘strugurii ursului’ in Romanian) has been used by many cultures. It’s an astringent that can soothe and tone the urinary tract and research has also found evidence to support its traditional use for cleansing the kidneys.

As a soothing medicinal plant, marshmallow root (Althaea officinalis or ‘nalba mare’ in Romanian) may calm the tissues of the urinary tract. It’s also a gentle diuretic that encourages urination. Few scientific studies have examined the effects of marshmallow, the medicinal plant, not the white puffy snack, but they have a long history in traditional healing systems. Studies do confirm that they help soothe irritated mucous membranes.

Often mistaken as an annoying weed with no useful purpose, dandelion is actually loaded with benefits, both the leaf and the root. Dandelion root, specifically, is a diuretic and promotes waste elimination.

A favorite green among chefs, parsley is an aromatic, flavorful plant commonly used in natural medicine. As a diuretic, it’s helpful for reducing the build up of toxins in the kidneys and entire urinary tract.

The top 5 mistakes to avoid when using essential oils