For decades now, we have been told to be afraid of the long-term effects of manmade carbon dioxide on our climate. 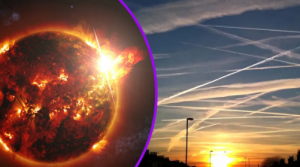 Seemingly every day some new storm, drought, warm spell or cold snap is featured on the news, with government-funded scientists warning us that this is a sign of things to come unless the world reduces its CO2 production.

The problem, of course, is that this is a third-rate scientific hoax propagated on the strength of the public’s ignorance of the underlying science, or lack thereof. The models and predictions used to scare the public into believing that CO2 is driving climate and will continue to do so in an increasingly dangerous fashion share the distinction of being universally wrong in their predictions of trends over the past 15 years, yet we are still asked to believe in the long-term validity of these same falsified models.

As Robinson et. al. noted in their 2007 study, “Environmental Effects of Increased Atmospheric Carbon Dioxide,” published by the Oregon Institute of Science and Medicine, “Predictions of harmful climatic effects due to future increases in hydrocarbon use and minor greenhouse gases like CO2 do not conform to current experimental knowledge.”

Also in 2007, J. Scott Armstrong, a researcher at the University of Pennsylvania and the author of “Long-Range Forecasting,” a standard textbook on the principles of forecasting, co-authored an audit of the procedures that the IPCC used for its global warming projections, finding that those procedures violated 72 of the 89 relevant principles of scientific forecasting.

In 2012, the Journal of Geophysical Research-Atmospheres published a study showing that climate prediction models examining periods of less than 30 years on the geographical scale of continents are riddled with inaccuracies.

In 2013, the UK’s Met office was forced to revise downward their projections for temperature increase over the next four years after a 15 year standstill in global annual temperatures. Ironically, this divergence from the continuous temperature increases that had been predicted by the CO2 alarmists is now being blamed on “natural variability” including “the cycles of changes in solar activity,” which leaked drafts of the IPCC AR5 report indicate has been vastly underestimated.

Sadly, the fearmongering, hype and misleading predictions on this issue have become so internalized that there is a subsection of the population that is now willing to question whether every conceivable event in the galaxy is the result of carbon dioxide, even near-earth asteroids.

That so many are concentrating so much time and attention on the question of carbon dioxide, a trace gas in the atmosphere which itself is only partially manmade, is only to be expected. Scientists, pundits, writers and businessmen are only responding to the market incentives that are at play.

Governments and universities around the world are now sinking billions of dollars a year into grants to fund research related to the supposed CO2 threat, and entire industries such as carbon trading and carbon sequestration, are developing in response to this interest. Quite simply, too much money and potential political power is at stake for the threat of global warming to be revealed as a false alarm.

One of the most worrying possibilities to arise from this trend, however, is the political legitimization of a concept that, ironically, has the potential to become a real threat to our environment: geoengineering.

The practice of geoengineering is now well over half a century old. As early as the late 1940s, American mathematician John von Neumann was researching weather modification and its potential uses in climatic warfare for the US Department of Defense. In the 1950s early cloudbursting experiments were performed by Wilhelm Reich and in 1956 Dr. Walter Russell was writing of the potential for complete weather control.

In the 1960s, Dr. Bernard Vonnegut, brother of the famous writer, vastly improved the techniques then in use by employing silver iodide crystals in the cloud seeding mixture. Silver iodide’s hygroscopic qualities insure water particles quickly bond with its crystalline structure. As the documentary Skywatcher points out, the process of cloud seeding is now so widely and routinely employed that it is having profound effects on our climate.

Given that CO2 is not the problem it is made out to be, coupled with the admitted advent of modern weather modification technologies in DoD research programs, it is impossible not to inquire into the possible links between the current push toward geoengineering and the military-industrial complex.

The potential military benefits to the wartime deployment of weather modification technologies are self-evident. In fact, they are so self-evident that, as Professor Michel Chossudovsky of the Centre for Research on Globalization notes, the UN was compelled to introduce a convention in 1977 prohibiting the use of environmental modification technology in warfare. The US ratified that convention in 1980.

Other potential benefits to the deployment of this technology suggest themselves in the monetary sphere. So many events in the course of human activity are predicated on short-term weather and long-term climate phenomena that the ability to determine (or even influence) either could be extremely valuable. Insurance companies, for example, stand to lose billions (and reconstruction-related industries stand to make those same billions) every time a strong storm makes landfall in populated areas.

So it should not be surprising that a market has evolved for “weather derivatives,” effectively allowing large financial institutions to make money gambling on the weather. And it should also come as no surprise that this market was largely pioneered by that infamous globalist-connected insider corporation, Enron.

Enron is involved in weather derivatives and there are vast sums to be made as geoengineering projects continue to be deployed under the threshold of public awareness.

Even if we were to assume that weather modification technologies are not currently being used for the purposes of weather warfare or market manipulation, the potential for such abuses alone should be more than enough to dissuade us from pursuing these technologies. Even more worrying, perhaps, are the true unknown environmental ramifications of the long-term effects of these technologies on our environment.

Ironically enough, those who are warning us of the potentially disastrous consequences of manmade climate change may be exactly right in their assessment after all. But in the end, it may not be the manmade CO2 they are worried about that is the real culprit of this coming catastrophe, but the geoengineering technologies that are being proposed as the “solution” to this problem.

Lying is Their Most Powerful Weapon

The Smart Money Nightmare: What Life Without Cash Could Mean for You