God is ceaselessly the most overwhelming mystery, the infinite whole that embraces everything. At the same time, God is also manifested and non-manifested. The glory of God is unparalleled. 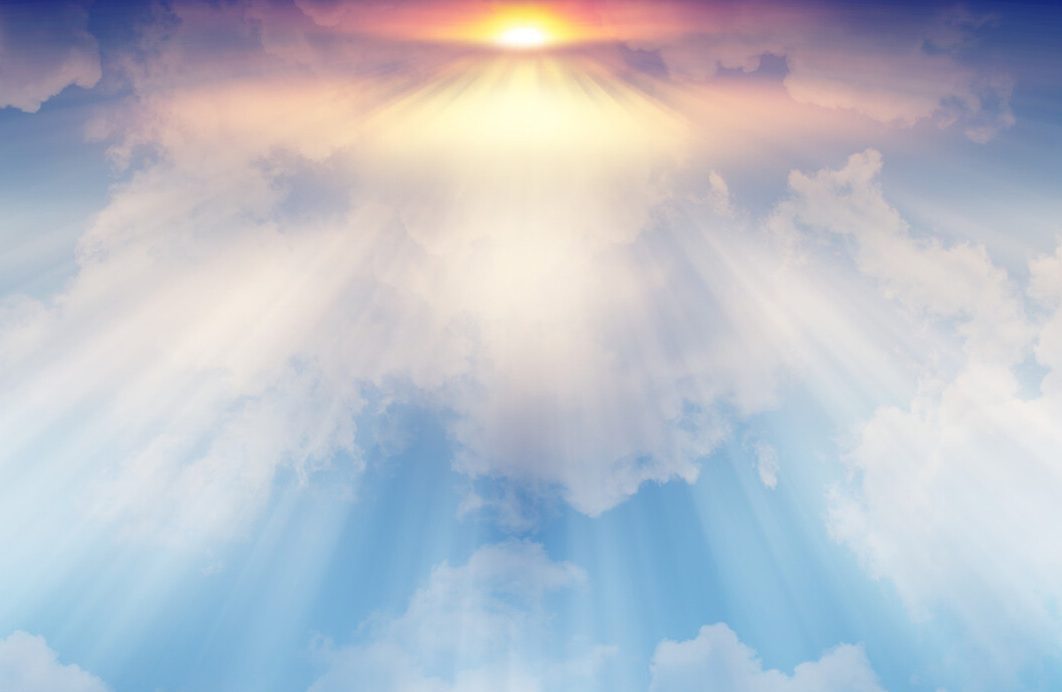 The concept of God can only be understood in His indivisible unity, and this beyond the various modalities that can serve to represent Him, according to the temporal needs of the manifestation.

Thus, the plural is nonsense when talking about God (even from the Hindu viewpoint, not just from the Judaic, Christian, or Islamic one, as we would have the tendency to quickly imagine), and this is because in His most intimate essence, substantially we might say, God is not just one, ne is The One – The One without a second.

Even if He sometimes appears manifested in one of His three main aspects known in the Vedic tradition as Brahma, Vishnu and Shiva (aspects together known by Trimurti or the ‘triple manifestation’), He nonetheless completely maintains His prime indivisible nature, because He is of an immutable and eternal nature.

Known as Ishvara, in other words according to His distinctive qualities, this apparent individualisation or, more precisely ‘formalisation’, does not affect His Principle at all, which remains beyond any determination. The ‘godly personality’ effectively represents an entirely different determination, relative of course, but a determination that nonetheless characterises the ‘Supreme Principle’, which has taken a certain form, and it must not be mistaken for the true and invisible Essence of God.

Consequently, ‘God as a Person’ (Ishvara) allows us to seize the Source and Principle of universal Manifestation, but He must imperatively be conceived in an analogical and apophatic way (or, in other words, through the negation of any phenomenal limitation), if we want to understand or even get close to His true nature. Because the prime Principle, God, is the informal Universal that simultaneously comprises both the non-manifested and the manifested, surpassing any concept or image and existing beyond duality, He is the First, the One, the ‘Supreme’ (Para Brahman), Second-to-None, whose ‘non-supreme’ aspect (Apara Brahman, or Ishvara) can only be distinguished from Him in an illusory way, because the effect is, truthfully and essentially, no different from the cause.

In His infinity and greatness, God is absolutely inaccessible, unaffected and always unknown, because He cannot be an object of knowledge for any other than Himself; this is explained by the fact that, aside from Him, nothing holds the faculty of knowledge. Any knowledge, even relative knowledge, in fact consists only of an ineffable share of absolute and supreme Knowledge. (through triggering certain processes of occult resonance).

Hindu traditional writings even define Him as being ‘beyond what is unknown’, because by calling Him unknowable, beyond One, this means that His total Transcendence surpasses even the affirmation of His absolute inaccessibility.

All those who were, all those who are, and all those who will be are His work. God ceaselessly embraces everything, and He exists everywhere. There was not, there is not, and there will never be anything in which God is not present in every moment. The entire illusory game of manifestation and the entire macrocosm in which the three worlds exist (the physical universe, the astral universe, the causal universe) are all His Creation. 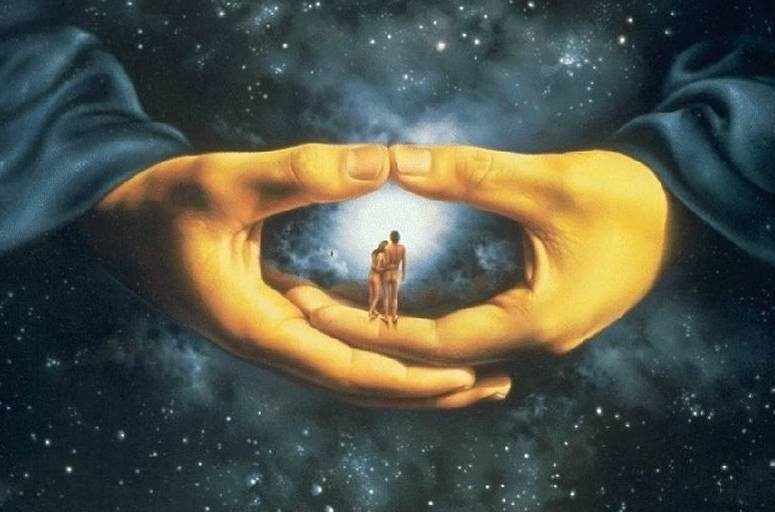 A great mystery is that the human being was created in the image and likeness of God. In God’s entire Creation, which is the entire macrocosm, as well as in the infinite and mysterious whole that is non-manifested, everything ceaselessly vibrates with various distinct frequencies. These frequencies are quicker and quicker as we get higher in order to approach the ultimate, mysterious, and non-manifested essence of God. These frequencies are slower and slower, lower and lower, as we descend toward the lowermost layers of God’s Creation. One can say that the vibration on various frequencies is an eternal and universal constant of God’s Creation, both in His entire manifestation as well as in His entire non-manifestation. Absolutely everything is ceaselessly energy. Energy is another eternal and universal constant of God’s existence.

Another eternal and universal constant of God’s existence is resonance. In the entire manifestation that is God’s Creation, everything, without exception, begins and is maintained by processes of resonance. In the entire creation of God, everything, without exception, ceaselessly enters in resonance with each part that exists, and the Part can at any time enter in resonance with the whole or with any other aspect that exists in the whole, when certain conditions are met that trigger the resonance process. Energy, vibration, and resonance are intimately correlated in the frame of God’s creation, and they are even present in the manifestation. At the same time, both the entire Creation and the entire manifestation of God, as well as His entire non-manifestation, displays – analogically speaking a perfect and mysterious reality. Due to this mysterious and amazing holographic structuring, which is willed by God, the part is permanently connected to absolutely everything that exists, and absolutely everything that exists is permanently in a mysterious and complete connection with each part that makes this whole. This enigmatic and permanent mirroring of the whole in each of its parts and of each part in the whole was intuited and discovered by the great sages and initiates of the East and West thousands of years ago.

The revelation and intimate, direct, and unmediated knowledge of God in our own being allows each of us to discover the reality of this stirring mystery of God’s entire creation. Based on this revelation, the great sages and initiates have said that, in fact, each human being is a microcosm that is actually a miniature copy of the entire macrocosm. Each part or structure that exists in each human being’s microcosm is in mysterious and perfect correspondence with a certain part or aspect that exists in the macrocosm. Due to the existence of this mysterious and perfect correspondence in each human being’s microcosm, he can at any time enter a state of resonance with a certain aspect or part of the macrocosm if the required conditions are met for the respective process of occult resonance to be triggered and maintained. 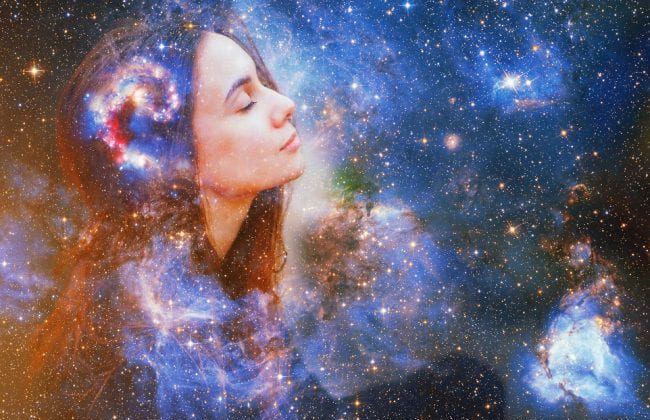 Any process of occult resonance that is triggered in our inner universe immediately puts us in mysterious connection and communication with a certain subtle sphere of force from the macrocosm. Whether we know it or not, in every moment each human being triggers various occult processes of resonance that can be either good or bad.

Some of you might wonder, “How is it possible that God the Father manifests Himself in our inner universe as well as outside of us?” To this question, our answer, which springs from experience, is simple: God can do all this and is even capable of infinitely more because He is omnipotent. God manages to manifest Himself in all these mysterious ways because He and only He, in eternity, is everything. Nothing of all and everything that exists lies outside of Him. He and only He ceaselessly embraces everything. God is always present, both in each part of His creation and in the whole of everything that has existed, does exist, and will exist.

Being omniscient, God knows everything about all there is in the entire macrocosm. He feels, lives, and knows everything that each being feels, lives, and thinks, in every moment. This revelation should give us pause. God never misses anything. In reality, no one is ever alone. Even when we do not realize this yet, God ceaselessly embraces us. Even when we do not suspect it, God is present in each of us and waits for us to discover Him in the mysterious centre of our being, where He exists, being Atman. For the wise, this godly game – that we might call the “hide and seek” game of God the Father with Himself – is fascinating, amazing, and mysterious. This mystery, together with many other mysteries that the wise notice, is deeply overwhelming. Another overwhelming mystery is that of Atman. By the revelation of Atman, we know the godly ultimate truth of which Jesus speaks to us, and in this way, we attain the real state of spiritual liberation.

Paving the way for the Coronascam

Freedom – the personal reflection of the interaction between necessity and…