Have some whole grains: Study confirms that dietary fiber can lower your risk of colorectal cancer, diabetes and stroke

An ounce of prevention is worth a pound of cure, and healthy foods are some of the best natural preventive medicines available. That is why British researchers are advising people at risk of certain cancers, diabetes, and heart diseases to eat more whole grains and other foods that are rich in dietary fiber. 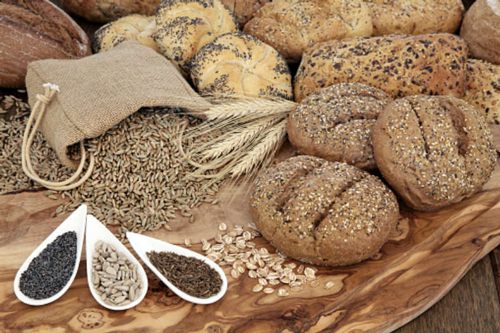 A recently published review was commissioned by the World Health Organization (WHO). The researchers drew their data from four decades’ worth of earlier studies and clinical trials. They found that higher levels of fiber intake greatly reduced the risks of serious diseases.

People who ate more fiber-packed foods enjoyed 15 to 30 percent lower chances of early death due to cardiovascular diseases and other causes. Furthermore, they were also 16 to 24 percent less likely to develop colorectal cancer, coronary heart disease, stroke, and Type 2 diabetes.

“Our findings provide convincing evidence for nutrition guidelines to focus on increasing dietary fiber and on replacing refined grains with whole grains,” remarked Jim Mann, a New Zealand researcher at the University of Otago and lead author of the review. “This reduces incidence risk and mortality from a broad range of important diseases.”

Mann and his colleagues attributed these reduced mortality rates to the prebiotic effects of dietary fiber. When the fiber arrived in the large intestine, it was digested by bacteria that lived in the gut.

The main role of the gut microbiome is to break down fiber and other tough carbohydrates that could not be digested by the small intestine. The amount of fiber in the diet controlled the metabolism of these microbes. By ensuring the health of these good bacteria, fiber could prevent the appearance of colorectal cancer and other diseases that targeted the gut.

The researchers derived their findings from the results of 185 studies with more than 4,600 total participants. They evaluated the early deaths caused by coronary heart disease, cardiovascular disease, and stroke. In addition, they also measured the number of cases of the aforementioned diseases, as well as colorectal cancer and Type 2 diabetes.

They determined that increasing the daily intake of dietary fiber by eight grams led to reductions in the total deaths and cases of heart disease, diabetes, and cancer. The improvements started at five percent and could reach as high as 27 percent. Furthermore, the chances of breast cancer and stroke also went down.

Mann believed that even higher levels of protection could be attained with higher daily fiber intakes. He recommended consuming at least 30 grams every day.

“For every 15g increase of whole grains eaten per day, total deaths and incidences of coronary heart disease, Type 2 diabetes and colorectal cancer decreased by 2-19%,” he wrote in the scientific journal Lancet. “Higher intakes of whole grains were associated with a 13-33% reduction in non-communicable disease (NCD) risk.”

To put those percentages in perspective, for every 1,000 people in a population, there would be 26 more people who live longer. Seven of those people would be able to avoid a heart attack that would cause their early death.

The Lancet review is one of the latest studies on the health benefits of high-fiber diets. These studies indicated that dietary fiber helped control weight, supported the proper functions of the gut, and improved mental health.

Despite these findings, most people in most industrialized nations ate less than 20 grams of dietary fiber every day. The average American consumed only 15 grams, but this can be improved by switching from refined grain foods to whole grain equivalents.