Attorneys Greg Glaser and Ray Flores are taking on the vaccine industry with a new lawsuit. If successful, all Americans will have the right to exempt themselves from forced vaccination if they so choose, regardless of the reason. 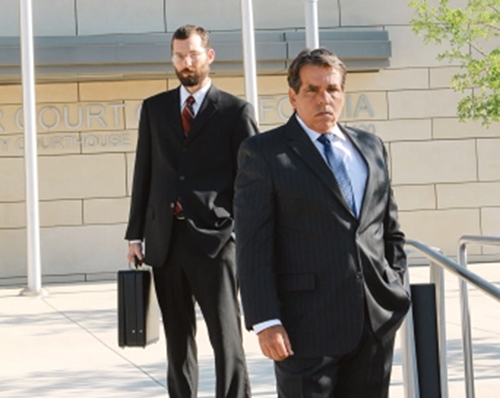 While Americans are already protected under the Constitution from unsolicited invasion of bodily autonomy by the government, the suit seeks to reiterate and reestablish this in the specific context of vaccines.

All vaccines are experimental, dangerous and not worth the risk

Highlighting statements made by President Donald Trump back in October about how “the cure cannot be worse than the problem itself,” the suit emphasizes the fact that vaccines simply do not live up to the claims made about them, in terms of both safety and efficacy.

A 2020 Pilot Survey Data Comparison provides numerical proof that vaccines “are causing an exponential increased risk of chronic illness in America. There is simply no denying, based on the available evidence, that unvaccinated people are orders of magnitude healthier than vaccinated people.” 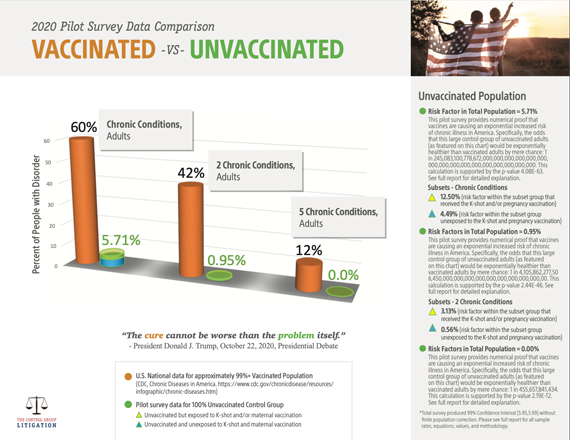 “Vaccines are a reasonable suspect in America’s pandemic of chronic diseases and disorders,” another section of the suit explains.

“Vaccines include legally classified neurotoxins in amounts that have never been proven safe. Vaccines are experimental because they have never followed the scientific method for testing with true placebos or a control group of entirely unvaccinated individuals.”

Another chart outlining chronic disease rates over the years depicts a sharp uptick right around the time that the government vaccine program really started to expand.

The introduction of the adult vaccination schedule also brought about a precipitous increase in adult-onset chronic illness. By definition, all vaccines are experimental because none of them have been properly safety tested, and nobody can say for sure how each individual person will react to them.

“In this manner, vaccine science has not even evolved enough to recognize the basic dictionary definition of words, let alone become advanced enough to reach the status of ‘settled science,’” Glaser and Flores explain.

Another aspect worth considering is the fact that many vaccines now come from communist China. Glaser and Flores warn that these communist Chinese vaccines have “infiltrated the United States,” and now account for more than 50 percent of the global active pharmaceutical ingredient (API) market. Communist China “has more than 500 companies registered to sell in the U.S. and 10 times that many serving its own market,” they further explain. “China ranks second among countries that export drugs and biologics to the United States.”

It is certainly worth your time to read through the lawsuit as it contains plenty of data and information showing that vaccines are dangerous and do not work as claimed. Be sure to share the link with your friends and family.

On February 22, 2021 we appeared in Federal Court to request a court order (1) recognizing the role of vaccines in the national health epidemic, (2) upholding that control group studies of vaccinated v. unvaccinated are scientifically advantageous, and (3) exempting all persons from mandatory vaccination.

The lower court refused to allow the case to proceed to an evidentiary stage definitively proving vaccines are decimating the American population. The DOJ’s strongest argument they could muster is that the scientific evidence proving the American population is being decimated by vaccines would embarrass the political elite in Washington DC. Here is the DOJ’s exact quote, “any suggestion from a court that vaccines are not safe would cause ‘embarrassment from multifarious pronouncements by various departments on one question.’” Opposition Brief, page 16, line 11.

Detail: Last week the court dismissed our case on the grounds of standing (i.e., saying we can’t sue the President for the constitutional violations alleged, but rather should sue someone else). We are appealing immediately to the 9th Circuit.”