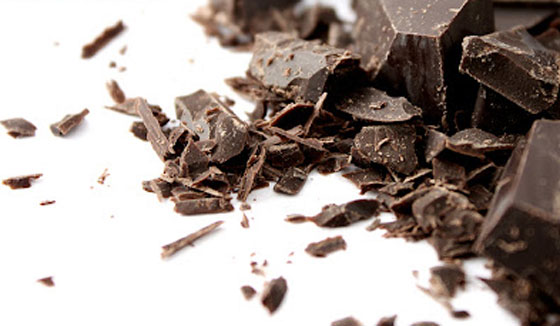 Dark chocolate is made up of around 50 to 90 percent cocoa solids and no milk solids. This gives dark chocolate the advantage of having the highest concentration of flavanols compared to other chocolate varieties. Consuming dark chocolate in moderation can lead to several health benefits. Bellow there are seven reasons why you should choose dark chocolate:

It contributes to beneficial, constructive mood

Eating dark chocolates enhances the body’s production of endorphins, chemicals that work to give the body relief from stress and pain. Dark chocolates also contain an amino acid called tryptophan. A precursor to serotonin, tryptophan contributes to happiness and beneficial, constructive mood.

It improves blood flow to the brain

Researchers from the University of Nottingham discovered that flavanols in dark chocolate improve blood flow in key areas of the brain. This results in improved performance and alertness. The researchers added that cocoa flavanols, found in high amounts in dark chocolate, contribute to improved brain function; help fight fatigue and sleep deprivation; and reverse signs of aging.

It is rich in antioxidants

Compared to other superfoods, cocoa powder contains more antioxidants that help protect the body against free radicals. This, in turn, protects brain cells and prevents the premature aging of cells.

It improves learning, memory and focus

Flavonoids in dark chocolate improve cognitive function. These compounds, in particular, are beneficial to the hippocampus – the part of the brain involved in learning and memory. Dark chocolate also contains a small amount of caffeine, a chemical known to boost brain function in a short amount of time. This can help in sharpening a person’s memory, mood and concentration.

It is rich in minerals

Dark chocolate is rich in iron, copper, magnesium, zinc and phosphorus, minerals that play a part in a healthy body. Magnesium, in particular, helps the body produce cortisol, a hormone known to reduce anxiety and stress. Meanwhile, magnesium is linked with improved memory, focus, sleep and resilience to stress.

A study published in the American Journal of Clinical Nutrition found that drinking a flavonol-fortified cocoa drink increased the number of probiotics in the gut.