It seems that we have had not only the prevention for Covid-CCP but also the cure from the very beginning. Insider trading and politicization aside, there were quite a lot of convenient aspects to this virus for certain powerful individuals, which begs the question: was the Virus allowed to spread intentionally? If so, then who is to blame? The Davos crowd and the World Economic Forum are beginning to look more and more suspicious. 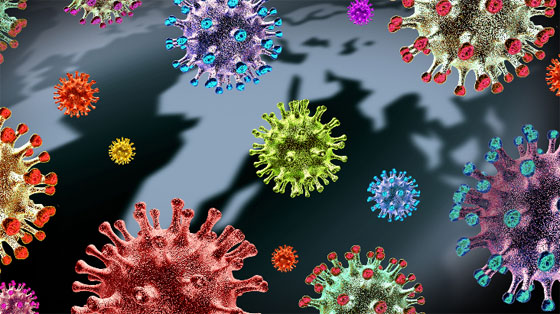 The pointlessly controversial malaria drug which Donald Trump was condemned for hailing as a possible Covid-19 treatment was found to increase survival rates by up to 200 percent. Scientists found that when ventilated patients with a severe version of Covid were given high doses of hydroxychloroquine with zinc, their survival rates increased dramatically.

Trump touted hydroxychloroquine as a potential miracle treatment, with (some) scientists lining up to insist he was wrong to do so. The legacy media made it seem like the scientific community was in unison with their denouncement of the treatment, however, it was the usual establishment scientists pushing preapproved baloney as per usual. The truth was that by the time the now-debunked Lancet report was making the rounds in the media, physicians the world over were successfully treating the virus on a daily basis.

In March, Dr. Vladimir “Zev” Zelenko claimed in a YouTube video that he had recently successfully treated 350 patients showing early signs of the coronavirus using the drug cocktail in his office. He claimed the $20 treatment had “100 percent” success among patients in Monsey, where he also practiced.

“If anyone has any political influence, please make noise because we need the political status to change and these medications to be used without obstruction,” Zelenko said. Of course, the attacks against Zalenko happened almost instantly.

Another study supported the case for HCQ, conducted by Saint Barnabas Medical Center in New Jersey on 255 patients. It was published on May 31 on the medical site medRxiv.

The Trump Administration had 60 million HCQ tablets that Dr. Fauci refused to let the American people use. Several Democrat Governors even banned the drug in their states. Peter Navarro had strong words for Fauci and CNN for dismissing the effectiveness of HCQ, claiming they “have blood on their hands”.

“I had 60 million tablets of HCQ that Tony Fauci and @cc wouldn’t allow the American public to use because of their Hydroxy Hysteria, Blood on @JohnBerman @cnn and Saint Fauci’s hands. More than 50,000 Americans would be alive today.”

If the Virus was helped along with the banning of HCQ, pushing faulty PCR tests, inflating the numbers, and stuffing Covid-positive patients in old folks’ homes, then it is only natural to question the validity of the Covid origin story.

Well-paid “Experts” say SARS-CoV-2 originated in bats. That’s also how the coronaviruses behind the Middle East respiratory syndrome (MERS) and severe acute respiratory syndrome (SARS) got started. Most people take this explanation at face value because most people lack discernment skills. Consider the odds, what are the chances this virus would just so happen to spontaneously break out at the doorstep of the Wuhan virology lab?

The fact that known establishment Democrat figureheads like Diane Feinstein as well as establishment RINO’s like Richard Burr, Kelly Loeffler, and Jim Inhofe, were accused of insider trading pre-lockdown doesn’t help the case, especially when a mostly corrupt DOJ promptly swept the incident under the rug.

This happened just as the Covid gambit was ramping up to become the strategic monster it became, so naturally, the CCP’s allies in the mainstream media took steamy dumps on anyone who dared insinuate Wuhan had anything to do with it. These media outlets originally crushed the theory, labeling it a “conspiracy” and “debunked.” CNN ran a headline that “Trump contradicts US intel community by claiming he’s seen evidence coronavirus originated in Chinese lab.”

The Post’s Senior Reporter Aaron Blake recently admitted, however, that “mainstream media overcorrected when it came to one particular theory from Trump and his allies: that the coronavirus emanated from a laboratory in Wuhan, China, rather than naturally.”

Other members of the “follow the science” crowd also admitted they chose not to cover or actively debunked the theory largely because Trump pushed it.

“It got jumbled up together with some of the more crazy aspects of Trump, and scientists recoiled against that and went in favor of the theory that Covid-19 had emerged out of a natural process versus a lab escape,” J. Stephen Morrison, Center for Strategic and International Studies said in an NPR interview.

Fauci the golden boy (who happens to be the highest-paid government employee and has increased his wealth/fame considerably throughout this pandemic) is also swimming in hot water lately amid his Gain-of-function research and Email scandals.

In May, Senator Rand Paul (R-KY) confronted Dr. Tony Fauci for funding gain of function research in the US and then later at the lab in Wuhan. Fauci of course refuted the claims under oath despite the fact that there are documents that prove the US was funding Wuhan under his direction. Even Fauci’s boss has thrown him under the bus Dr. Francis Collins, the director of the National Institute of Health, admitted to radio host Hugh Hewitt that the US collaborated with the Wuhan Virology Laboratory.

Via The National Pulse:
“Well, we, when we give a grant, Hugh, it has terms attached to it of what it is that the grantee is supposed to be doing with those funds. And we require annual reports to see whether that in fact is what they have been doing. And we trust the grantee to be honest and not deceptive. The grant funds that went to Wuhan, which were a subcontract from Eco Health, were very specifically aimed to try to categorize viruses that they could isolate from bats in Chinese caves, which we had a good reason to want to know more about, given SARS and MERS that had come out of there. And so we basically had those criteria attached to the grant. And of course, the amount of money that we were providing to the Wuhan Institute of Virology, I’m sure, was a tiny fraction of their total funding. And we had no control over what else they were doing with those funds. That’s another thing we’d like to know more about, and an investigation might potentially tell us.

Collins goes on to admit that the Chinese Communist Party is, in fact, involved in the Wuhan lab, but attempts to play down their influence.”

This barely scratches the surface of recent negative press aimed at the good doctor.

No matter how you slice it, something stinks. The pandemic has furthered many agendas, including but not limited to the Davos crowd’s Great Reset initiative, which benefits from a failing American/global economy.

Joe Biden, who is largely believed to be a political puppet for the international financial elite, built his entire campaign around Covid. The frantic establishment who had been forced to resign control over the nation to the reviled Donald Trump suddenly found themselves back in control of things amid the mass freakout and subsequent bombardment of Covid propaganda.

Now, talk of a Nuremberg Trial 2.0 has been floating around, some claim that it is already in preparation, with a class action lawsuit supported by thousands of lawyers and medical professionals worldwide, led by the American-German lawyer Reiner Fuellmich, who is prosecuting those responsible for the Covid-19 scandal manipulated by the Davos Forum.

It is worth recalling that Reiner Fuellmich is the lawyer who succeeded in condemning the automobile giant Volkswagen in the case of the tampered catalytic converters, as well as succeeding in condemning Deutsche Bank as a criminal enterprise.

According to Reiner Fuellmich, all the frauds committed by German companies are derisory compared to the damage that the Covid-19 crisis has caused and continues to cause.

This Covid-19 crisis should be renamed the “Covid-19 Scandal” and all those responsible should be prosecuted for civil damages due to manipulations and falsified test protocols. Therefore, an international network of business lawyers will plead the biggest tort case of all time, the Covid-19 fraud scandal, which has turned into the largest crime against humanity to ever be committed.

Here’s what Reiner Fuellmich had to say on the findings of the inquiry and the questions to be answered in the forthcoming trial against the WHO and World Leaders for crimes against humanity:

“The hearings of around 100 internationally renowned scientists, doctors, economists, and lawyers, which have been conducted by the Berlin Commission of Inquiry into the Covid-19 affair since 10.07.2020, have in the meantime shown with a probability close to certainty that the Covid-19 scandal was at no time a health issue.

Rather, it was about solidifying the illegitimate power (illegitimate because it was obtained by criminal methods) of the corrupt “Davos clique” by transferring the wealth of the people to the members of the Davos clique, destroying, among other things, small and medium-sized enterprises in particular. Platforms such as Amazon, Google, Uber, etc. could thus appropriate their market share and wealth.

The three major questions to be answered in the context of a judicial approach to the Corona Scandal are:

1) Is there a corona pandemic or is there only a PCR-test pandemic? Specifically, does a positive PCR-test result mean that the person tested is infected with Covid-19, or does it mean absolutely nothing in connection with the Covid-19 infection?

2) Do the so-called anti-corona measures, such as the lockdown, mandatory face masks, social distancing, and quarantine regulations, serve to protect the world’s population from COVID?
Or do these measures serve only to make people panic so that they believe, without asking any questions, that their lives are in danger — so that, in the end, the pharmaceutical and tech industries can generate huge profits from the sale of PCR tests, antigen and antibody tests and vaccines, as well as the harvesting of our genetic fingerprints? 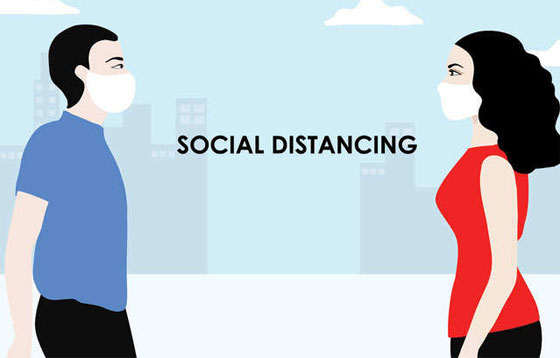 3) Is it true that the German government was massively lobbied, more so than any other country, by the chief protagonists of this so-called corona pandemic (Mr. Drosten, a virologist at Charité Hospital in Berlin; Mr. Wieler, veterinarian and head of the German equivalent of the CDC, the RKI; and Mr. Tedros, head of the World Health Organization or WHO) because Germany is known as a particularly disciplined country and was therefore to become a role model for the rest of the world for its strict and, of course, successful adherence to the corona measures?

Answers to these three questions are urgently needed because the allegedly new and highly dangerous coronavirus has not caused any excess mortality anywhere in the world, and certainly not in Germany (despite all the fear being spread, the global death rate has shown no dramatic increase).

In conclusion, here is a list of things being considered in the lawsuits:

Undeniable links between the Oxford/AstraZeneca, covid-19 vaccine and the British…