It may seem counterintuitive, but there are many instances where science can actually hold us back from new discoveries and knowledge. Unfortunately, mainstream science is quick to discount anything which cannot be physically seen or felt, making notions like ‘energy points’ within the body seem like pure science fiction. But just because we can’t physically see something, does not mean it doesn’t exist. 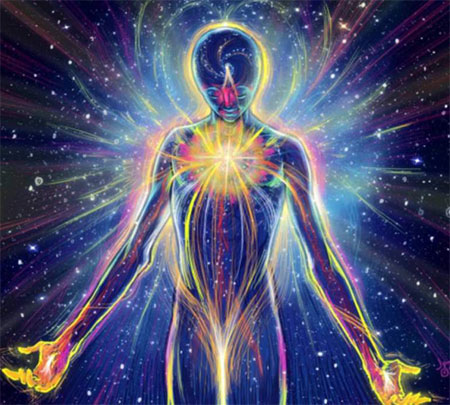 Nikola Tesla told us that “the day science begins to study non-physical phenomena, it will make more progress in one decade than in all the previous centuries of its existence,” and hundreds of scientists around the world have been taking on this task for several years. Within the next few decades, the examination of non-material science is going to skyrocket, and we all stand to benefit. What we know as science is definitely transforming.

One example where non-material science could benefit the human race is healthcare, as a number of publications have revealed the importance of conscience-body connections, and how our thoughts, emotions, feelings, the perception of the environment around us and more are all connected to the health of our body and regulation of our immune system. A study published in the Journal of Acupuncture and Meridian Studies titled “The Primo Vascular System as a New Anatomical System” is one that has recognized the importance of these concepts.

The medical community, for the most part, discounts healing therapies using this type of knowledge – knowledge which was present thousands of years ago in various ancient cultures. Acupuncture, a technique that helps the human meridian system to rebalance in order to heal the body, has worked wonders for many people, yet our science has yet to explain how it does so. This is one example of many. Despite being unable to scientifically explain how these techniques function, few could deny that traditional Eastern medicine has proven successful for many people, or that it’s been crucial for curing various diseases. It has been used for thousands of years, and one has to assume that if it didn’t work, we would have abandoned the practice by now.

According to Western medicine, no known meridian system has a physical anatomical basis. The above study offers a different perspective, however: “In the early 1960s, only one hypothesis was proposed to explain the anatomical basis of the meridians. By using different experimental approaches during the past 10 years, the number of scientific papers that report the discovery of different anatomical and physiological evidence confirming the existence of an anatomical basis for the meridian system has increased. Morphological science is greatly challenged to offer a new biomedical theory that explains the possible existence of new bodily systems such as the primo vascular system (PVS).”

Researchers are calling it ‘the Primo Vascular System’, and, according to another paper published in the journal Evidence Based Complimentary and Alternative Medicine, “even today, the meridian system is still being investigated with well-known anatomical structures.” This includes connective tissues called the fascia system, which are representative of the function of the meridian system being established and understood, as outlined by a study published in the journal Anatomical Record that mapped acupuncture points in serial gross anatomical sections through the human arm. It found “an 80% correspondence between the sites of acupuncture points and the location of intermuscular or intramuscular connective tissue planes in the postmortem tissue sections.” The study proposed that “the anatomical relationship of acupuncture points and meridians to connective tissue planes is relevant to acupuncture’s mechanism of action and suggests a potentially important integrative role for interstitial connective tissue.”

Korean researchers (of the first study cited above) believe the primo-vascular system is in fact the physical component of the Acupuncture Meridian System. They’ve also suggested that this system is involved in channelling the flow of energy and information relayed by biophotons (electromagnetic waves of light) and DNA. They propose that the anatomical basis for the PVS and this energy, also known as “Qi,” is “an electromagnetic wave that is involved very closely with the DNA in the PVS” and that DNA “provides genetics information” and “functions as a store of information that can be obtained from the electromagnetic fields of the environment.”

They cite several studies showing that the PVS has been detected in various regions of the body: “The PVs have been found inside blood vessels and lymphatic vessels. The PVs inside lymph vessels freely flow in the lymph. The PVs and PNs flow in the third ventricle, fourth ventricle, cerebral aqueduct, and along the central canal of the spinal cord. The PVS has also been found on the arachnoid mater, cerebellum, perinervium, and epinervium of the sciatic nerve. The PVs and PNs are present on the surfaces of the liver, stomach, small and large intestines, bladder, spleen, kidneys and omentum, abdominal cavity, hypodermal layer of the skin, superficial fascia, fat tissue, and cancer fascia. The PVs also enter internal organ tissues.”

The researchers injected a special staining dye which coloured the meridians, revealing thin lines along these acupuncture points which were not present at non-acupuncture point sites (where there are no meridians). The researchers discovered that the meridian lines are not confined to the skin, but are in fact a concrete duct system through which liquid flows. They also learned that this liquid aggregates to form stem cells. 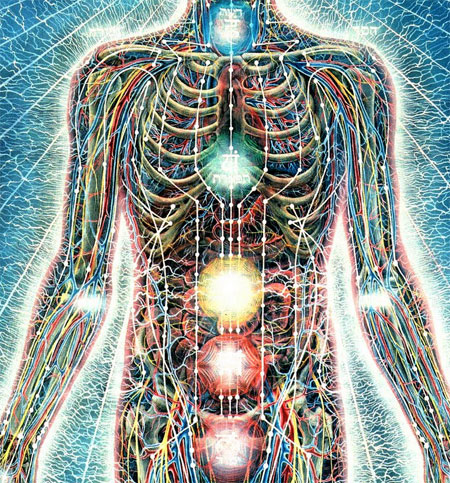 After all of their research (as seen in the publication), the scientists concluded that PVS allows communication between living organisms and the environment, and that it’s a system which spans throughout the entire body and plays a role in all biological life processes. They concluded that it receives signals in the form of electromagnetic waves from the environment, and internal signals from the body as well: “The PVS, which until now has been a missing body system, can explain many of the mysteries of life. The physical substrate for the meridian system is the missing point that can be used to combine the knowledge of ancient Chinese medicine and that of modern science into one successful unit.”

It’s always interesting to look at ancient knowledge and teachings, particularly because so much has been and continues to be confirmed by modern day science. Every day, it seems, we discover why an ancient practice works on a scientific level; every day we validate something which previous generations simply understood to be valuable. And these ‘new’ discoveries of old knowledge support the notion that many more of these supposedly antiquated or pseudoscientific practices are in fact worthwhile.

There remain many phenomena for which we have no explanation. For example, a study published in the American Journal of Chinese Medicine, as seen in the the US National Library of Medicine, demonstrated that a women with special abilities was and is able to accelerate the germination of specific seeds for the purposes of developing a more robust seed stock. This is just one of many example where extraordinary facts have been observed and documented yet cannot be explained scientifically.

As with meridian points and energy systems in the body, perhaps science is calling us to be more intuitive, more trusting, and more open in the sphere of consciousness. Perhaps a scientific explanation is not needed to confirm what people knew thousands of years ago and still benefit from today. It’s something to think about.

From the Academy of Classical Oriental Sciences

The knowledge below come from the Academy of Classical Oriental Sciences.

“So, what is a meridian anyway? This is one of the first questions students of Chinese medicine want to understand. Simply put, a meridian is an ‘energy highway’ in the human body. Qi (chee) energy flows through this meridian or energy highway, accessing all party of the body. Meridians can be mapped throughout the body; they flow within the body and not on the surface, meridians exist in corresponding pairs and each meridian has many acupuncture points along its path. 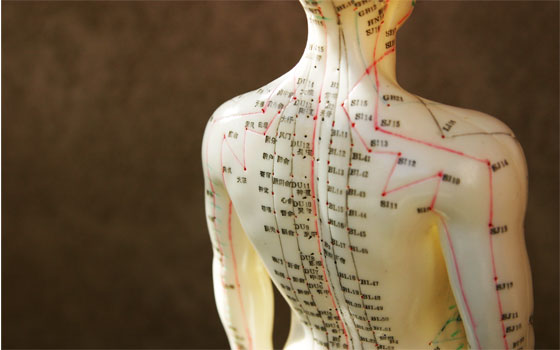 The term ‘meridian’ describes the overall energy distribution system of Chinese Medicine and helps us to understand how basic substances of the body (Qi, blood and body fluids) permeate the whole body. The individual meridians themselves are often described as ‘channels’ or even ‘vessels’ which reflects the notion of carrying, holding, or transporting qi, blood and body fluids around the body.

It is tempting to think of the meridians of the human body the same way as we think of the circulatory system, as the meridians are responsible for the distribution of the basic substances throughout the body just like the circulatory system, but here is where the similarities end. Conventional anatomy and physiology would not be able to identify these pathways in a physical sense in the way that blood vessels can be identified.

It is more useful to consider the meridian system as an energetic distribution network that in itself tends towards energetic manifestation. Meridians can be best understood as a process rather than a structure.

Practitioners of Chinese Medicine is necessary to be as knowledgeable about these meridian channels as the Western Doctor is about anatomy and physiology of the physical body. Without this thorough understanding, successful acupuncture treatments would be difficult. A practitioner of Chinese Medicine must know how and where to access the Qi energy of the body to facilitate the healing process.

There are twelve main meridians, or invisible channels, throughout the body with Qi or energy flows. Each limb is traversed by six channels, three Yin channels on the inside, and three Yang channels on the outside. Each of the twelve regular channels corresponds to the five Yin organs, the six Yang organs as well as the Pericardium and San Jiao. These are organs that have no anatomical counterpart in Western medicine but also relate to processes in the body. It is also important to remember that organs should not be thought of as being identical with the physical, anatomical organs of the body.

Each meridian is a Yin Yang pair, meaning each Yin organ is paired with its corresponding Yang Organ: the Yin Lung organ, for example, corresponds with the Yang large intestine.

The arm and leg channels of the same name are considered to ‘communicate’ with each other in Chinese medicine. Thus, problems in a given channel or organ can be treated by using various points on the communication ‘partner’. As an example: a problem with the lungs can be treated by using points on the Spleen channel as they are both Tai Yin channels.

In addition to the twelve regular meridians there are ‘Extraordinary Meridians’ that are not directly linked to the major organ system but have various specific functions:

1) they act as reservoirs of Qi and blood for the twelve regular channels, filling and emptying as required
2) they circulate jing or ‘essence’ around the body because they have a strong connection with the Kidneys
3) they help circulate the defensive Wei Qi over the trunk of the body and, as such, play an important role in maintaining of good health
4) they provide further connections between the twelve regular channels

The meridian system of the human body is a delicate, yet intricate web of interconnecting energy lines. If a person masters an understanding of this meridian system they will know the secrets of the flow of Qi energy in the body.”

Babylonians Had Their Own Form Of Trigonometry