Ziziphus lotus, known by its common name jujube, is a shrub from the buckthorn (Rhamnaceae) family. It is native to the Mediterranean region but can also be found in the Moroccan Sahara and in Somalia. A close relative of the Chinese date (Z. jujuba) – a medicinal plant used in Traditional Chinese medicine – jujube is also known for its medicinal properties, which include antidiabetic, sedative, antidiarrhea and hypoglycemic (blood sugar-lowering) activities. 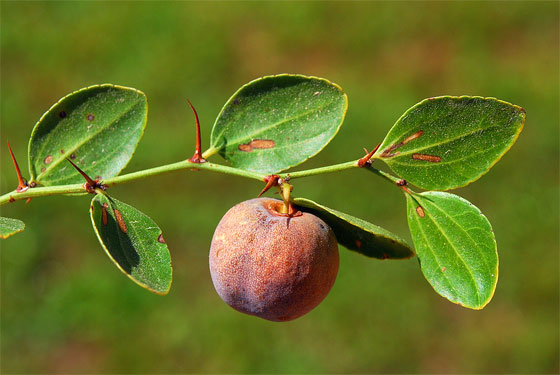 In a recent study, researchers at the Sidi Mohamed Ben Abdellah University in Morocco screened the extracts derived from jujube seeds for their phytochemical composition and evaluated their antioxidant and antimicrobial activities. A rich source of fat, amino acids, essential minerals and bioactive compounds, jujube seeds have several applications in the food, cosmetics and pharmaceutical industries. The researchers reported their findings on jujube seeds in a study published in The Journal of Phytopharmacology.

According to previous studies, natural plant extracts contain a variety of phenolic compounds with beneficial activities. To further explore the biological properties of jujube seeds, the researchers prepared different extracts using ethanol, methanol and water as solvents. They then determined the total polyphenol content of the extracts using the Folin-Ciocalteu reagent.

In vitro evaluation of the jujube seed extracts’ antioxidant activities revealed that all three are capable of scavenging the free radical DPPH effectively. These results were subsequently verified using the phosphomolybdate test, which measures total antioxidant capacity.

Using broth microdilution, the researchers next assessed the antimicrobial activities of the jujube seed extracts. They found that all three were effective against common bacterial pathogens, namely, Escherichia coli, Staphylococcus aureus, Pseudomonas aeruginosa and Enterococcus faecalis. Among the tested pathogens, only the fungus Candida tropicalis showed resistance to the jujube seed extracts.

Based on these findings, the researchers concluded that the extract derived from jujube seeds is a natural antibiotic that can be used for the treatment of common bacterial infections.

Other uses and health benefits of jujube

Jujube grows abundantly in many countries, not just in Morocco. A popular ingredient in health and cosmetic products, jujube is also sold on its own in various forms, such as honey, juice, tea, jam, loaf, oil and cake.

The jujube plant is also popular for its delicious red fruits, which are either consumed fresh or dried and processed into flour. In countries like Morocco and Tunisia, this nutritious flour is used to make healthy versions of pancakes, bread and pastries. 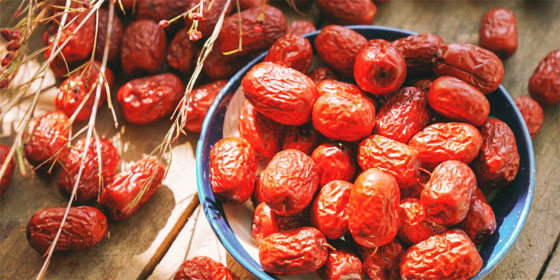 Jujube fruits also have a long history of use as folk medicines. Since ancient times, natural healers have used these medicinal plants to treat a variety of ailments, such as bronchitis, diabetes, diarrhea, intestinal diseases and abscesses. Several studies have also credited these fruits with anti-inflammatory, anticancer, antifungal, analgesic, anti-ulcer, antibacterial and antispasmodic activities.

In terms of nutrient content, jujube fruits are rich in carbohydrates, fiber, amino acids, fatty acids, vitamins and minerals. They also contain a wide array of phenolic compounds, which are believed to be responsible for their health benefits.

Jujube fruits and seeds are excellent sources of bioactive compounds that can help treat many health problems, including bacterial infections. Besides their beneficial properties, jujube products are also rich in essential nutrients that make them valuable additions to a healthy diet.

Techno-censorship: the slippery slope from censoring ‘disinformation’ to silencing truth