The U.S. regime (including its ‘news’ media) doesn’t lie only about what is occurring, but also about their lies about their lying; and, in this, they might exceed even what Hitler’s propaganda-chief Joseph Goebbels managed to achieve during the 1930s and 40s. 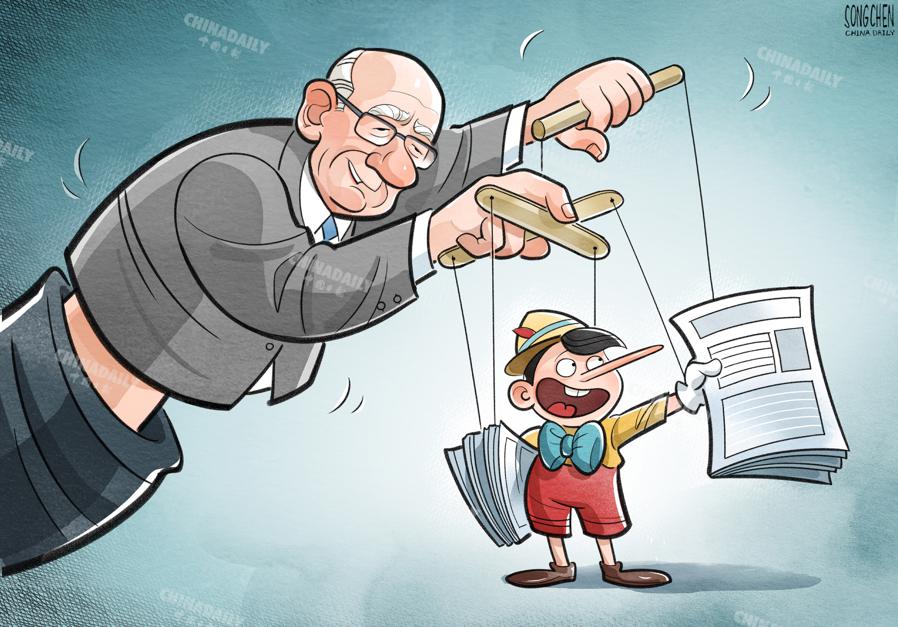 For example: on April 6th, NBC ‘news’ bannered: “In a break with the past, U.S. is using intel to fight an info war with Russia, even when the intel isn’t rock solid”, and sub-headed: “‘It doesn’t have to be solid intelligence,’ one U.S. official said. ‘It’s more important to get out ahead of them [the Russians], Putin specifically, before they do something’.”

But isn’t that exactly what they, themselves, had done during 2002 and 2003, about “Saddam’s WMD”? So, that headline’s first five words, “In a break with the past,” are clearly a lie, a lie about PRIOR lies about that headline’s closing seven words, “even when the intel isn’t rock solid.”

After all: They lied through their teeth in 2002 and 2003 about, as George W. Bush put it in a joint press conference with his poodle dog Tony Blair on 7 September 2002, “We just heard the Prime Minister talk about the new report. I would remind you that when the inspectors first went into Iraq and were denied – finally denied access, a report came out of the Atomic – the IAEA that they were six months away from developing a weapon. I don’t know what more evidence we need [in order for Congress to authorize an invasion of Iraq].”

And, even though the IAEA promptly and repeatedly said that that “new report” by them was entirely fictitious and never existed (and all of the U.S.-and-allied ‘news’ media ignored what the IAEA were repeatedly saying about that matter), the U.S. regime simply continued stating and expanding upon its lie, right up until their 20 March 2003 entirely unprovoked invasion and destruction of that Russia-friendly regime in Iraq and replacement of it by the U.S.-and-allied stooge regimes ever since.

As regards specifically U.S. intelligence-involvement in that lying-for-the-regime in order to get the U.S.-and-allied invasion-destruction of Iraq, the lying CNN emblazoned the lying Washington Post’s lying Bob Woodward’s lying George Tenet’s (Director of the CIA, no less) lying to allege that the CIA’s ‘intelligence’ is what “was very important in his [Bush’s] decision making” about whether or not to attack Iraq. 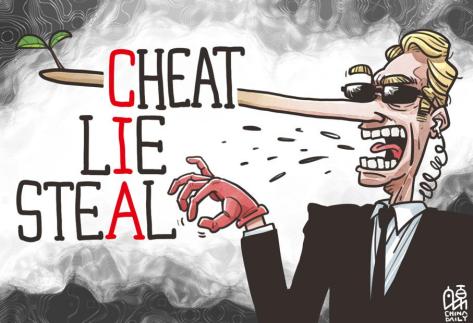 CNN’s headline on 19 April 2004 was: “Woodward: Tenet told Bush WMD case a ‘slam dunk’.” But then, after three more years had passed, the lying Reuters news agency headlined “Ex-CIA chief says ‘slam dunk’ Iraq quote misused” and opened: “A former U.S. spy chief accused President George W. Bush’s administration of ruining his reputation by misusing a ‘slam dunk’ comment he made during a White House meeting ahead of the U.S.-led invasion of Iraq.”

They continued: “Former CIA director George Tenet told CBS television’s ‘60 Minutes’ that the administration leaked his comment as opposition to the war grew when no weapons of mass destruction were found in Iraq.”

In other words: Tenet was NOT saying that he had not used that phrase (“slam-dunk”) in order for his boss, the U.S. President, “to make a public case for the war” (Tenet admitted there that he HAD done exactly that), but, INSTEAD, Tenet was alleging that (as the lying Reuters phrased on the basis of the lying CBS ‘news’) “‘You don’t do this. You don’t throw somebody overboard just because it’s a deflection. Is that honorable? It’s not honorable to me’, Tenet said in an interview to be broadcast on Sunday.”

In its turn, the lying CBS ‘news’ had reported this entire matter by BURYING (not even so much as MENTIONING) the fact that never in that interview did Tenet DENY that he had used the phrase “slam-dunk” in order to assure the President that Bush would have the CIA’s full support backing him up if and when the President would decide to invade Iraq. That entire issue – of whether the CIA Director served the public, or instead served only the President – was, in fact, buried right near the end of the interview, almost as an afterthought, when the CBS ‘news’ correspondent followed Tenet’s statement on the matter by:

“Is that honorable? It’s not honorable to me. You know, at the end of the day, the only achievement you have is trust and honor in this world. It’s all you have. All you have is your reputation built on trust and your personal honor. And when you don’t have that anymore, well, there you go. Trust was broken,” Tenet says.

“Between you and the White House?” Pelley asks.

Still, the U.S. president awarded Tenet the nation’s highest honor for a civilian, the Medal of Freedom. Asked if he was conflicted about accepting the medal, Tenet says, “Well, there was conflict.” 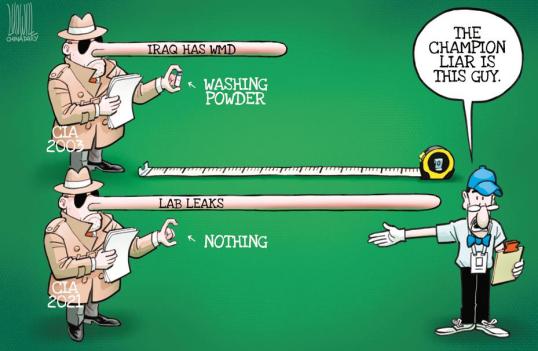 Similarly, in more recent times, there was the February 2014 U.S. coup in Ukraine that has been consistently lied-about to have been instead a ‘democratic revolution’ there. That’s like the lying about Iraq has been, but it’s even worse (because this mega-lie might bring on WW III).

Today’s U.S. regime would have been able to have taught even the Nazi spinmeister Joseph Goebbels an action or two about “spinning” “the news.” Anybody who still doubts this should read John Helmer’s definitive book about the incessant prosecutorial (against Russia) lying in the Dutch trial of the MH17 affair, “The Lie that Shot Down MH17”, proving, in 2020, that though the U.S-and-allied regimes (including the Dutch U.S.-stooge-government) allege that Russia – or at least its supporters in eastern Ukraine’s Donbas region – had shot down the MH17 Malaysian airliner on 14 July 2014 over Ukraine’s war-zone and thus killed 298 people, this shoot-down had actually been done neither by those supporters, nor by Russians, but instead by the Ukrainian vassal-regime as demanded by U.S. President Barack Obama in order to be able to win the EU’s backing to increase yet more their sanctions against Russia.

A 2019 article, “Update on the MH17 Case”, and the subsequent 2020 “Netherlands ‘Justice’ Is Totally Corrupt: MH17 Case as Example”, placed the MH17 trial into a broader context, which includes the key evidence (such as Russia’s satellite-photos, the pilot’s corpse, the black boxes, and witnesses who lived in the area where the shoot-down had occurred), which evidences the Dutch trial-judge had ruled-out, prohibited to be considered, because Ukraine refused to allow it to be entered into evidence. There was no “Buk” missile involved in that shoot-down.

The evidence is overwhelming and clear: Ukraine’s government had guided MH17 to go over the war-zone; a Ukrainian war-plane there shot into the airliner’s cabin; the pilot’s corpse was actually filled with some of those bullets; and this fusillade of bullets into the pilot simultaneously produced a huge hole in the cabin immediately to the pilot’s left, and thereby suddenly depressurized the air inside the plane, and the plane promptly plunged down from 33,000 feet. None of this evidence was brought up at ‘trial’. 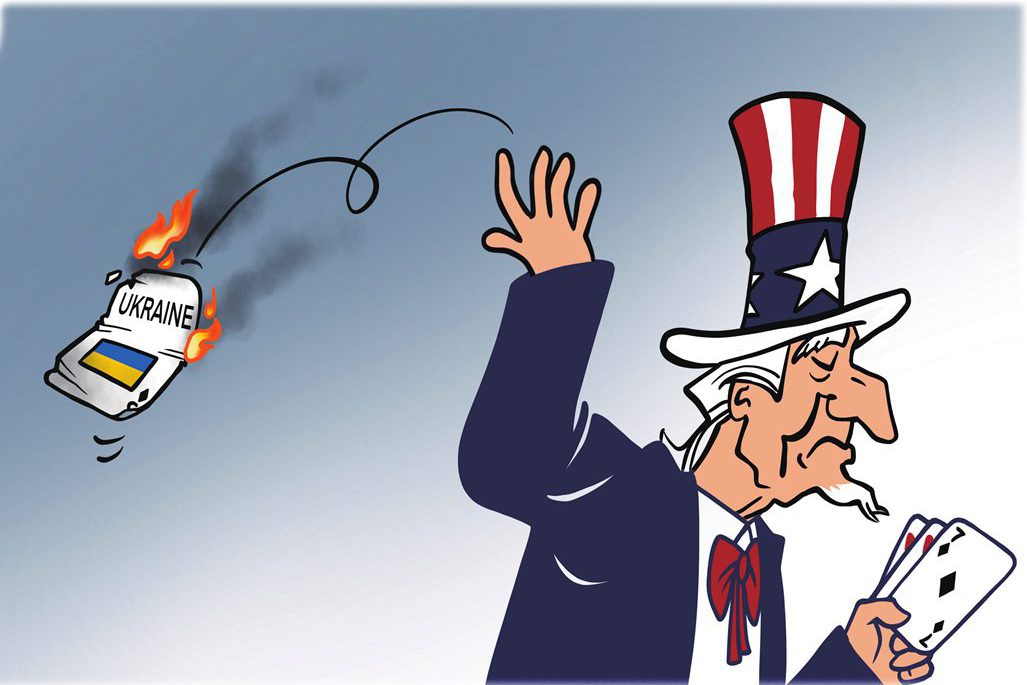 The latest ‘news’ on that ‘trial’ was on 21 December 2021, and was headlined by America’s AP “Dutch prosecutors demand life sentences for downing Malaysia Airlines flight MH17”. Reuters headlined it “Suspects in Dutch trial ‘fully responsible’ for MH17 downing, prosecution says”.

Both ‘news’-reports presented only the Dutch Government’s lie-based argument, that four Russians had “recklessly used a Russian missile to bring down the passenger jet, killing all 298 passengers and crew.” The ‘trial’ ended there. It had all been a PR stunt, for the U.S.-and-allied regimes.

That’s how bad the U.S.-and-allied lying is, about their own lies. Barack Obama, who had produced the Ukraine crisis and then essentially demanded those 298 murders to be done in order to be able to get the international sanctions that he wanted against Russia, to be approved in Europe, got off scot-free for his Ukrainian mega-crimes. And, to this day, no one has actually been convicted for any of those 298 murders.

That’s how bad the U.S.-and-allied lying is. The lies are reported to the public as if they were truths, while the evidence is instead simply hidden from the public.

And so the public don’t know that they were deceived.

But if the public are voting on the basis of beliefs that were created by lies, then the public are being treated as dupes, not as citizens – they are actually “subjects,” instead of “citizens.”

What results from this is inevitably a dictatorship – the U.S. empire.

Though there are elections, they are only s‘elections’ from among the regime’s approved candidates, each one of whom is backed by some of the nation’s wealthiest 0.001%. So, it’s really just a contest between the billionaires, who are the regime. It’s definitely not a democracy – not at all. The regime’s claim that it is ‘a democracy’ is therefore yet another mega-lie from them.

Moderna vaccine patented 9 months before pandemic, thanks to the Fauci-Baric’ manmade SARS viruses