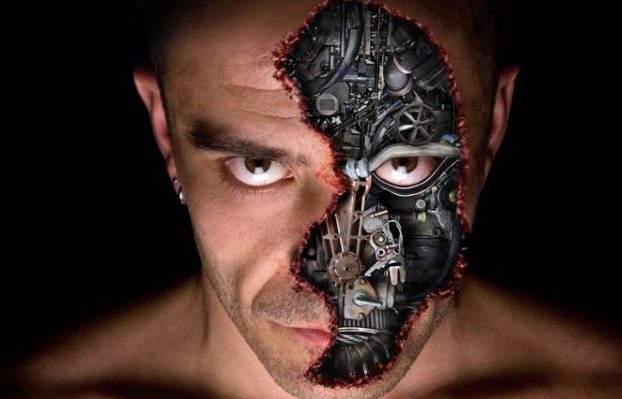 “Reading this document is frankly chilling as the idea of using human augmentation for warfare is considered a fait accompli by the authors. It documents the ways humans can be augmented in great detail,” Dr. Robert Malone wrote, “it is important to understand that the development of human augmentation being presented goes beyond warfare, it suggests that humans will now control our own evolution via genetic engineering.”

The Dawn of a New Paradigm report was commissioned to build on the themes identified in the Global Strategic Trends: The Future Starts Today report published in 2018 which describes a future context for defence and security out to 2050.

A 2018 promotional video for Global Strategic Trends stated: “We are already in the middle of a fourth industrial revolution where the boundaries of the physical, digital and biological worlds are softening and merging. This revolution is occurring faster and more intensely than any of the previous upheavals, so we must carefully manage the change, actively driving it rather than passively admiring it or we could see increasing unrest, grievance and possibly even social revolution.”

The Global Strategic Trends document is 282 pages long. To get a feel for some of the information it contains see the images below:

Human Augmentation – The Dawn of a New Paradigm

The publication Human Augmentation – The Dawn of a New Paradigm (DNP), is a “think-piece designed to set the foundation for more detailed research and development on human augmentation.”

The report states: “The MoD’s Development, Concepts and Doctrine Centre (DCDC) has worked in partnership with the German Bundeswehr Office for Defence Planning to understand the future implications of human augmentation (HA), setting the foundation for more detailed Defence research and development.

“The project incorporates research from German, Swedish, Finnish and UK Defence specialists to understand how emerging technologies such as genetic engineering, bioinformatics and the possibility of brain-computer interfaces could influence the future of society, security and Defence. The ethical, moral and legal challenges are complex and need to be thoroughly considered, but HA could signal the coming of a new era of strategic advantage with possible implications across the force development spectrum.”

We can assume that although this report is coming from the UK and Germany, parallel efforts are being made by most large governments around the world.

HA will become increasingly relevant partly because it is the binding agent between people and machines, the DNP states, “thinking of the person as a platform and understanding our people at a personal level is fundamental to successful HA.” It goes on to define the key elements of the “human platform” as physical, psychological and social.

Arguing the case for HA the DNP states (see images below):

Dr. Malone has highlighted some of the DNP contents in his article Human Augmentation – The Dawn of a New Paradigm which you can read here.

He concluded by saying, “I ask all of you to please read this report. Absorb this information and get ready for the coming battle.”

For anyone who is unable to believe HA will be used on civilians or that the future “they” dream of is indeed now, it’s worth noting the work being conducted by the likes of Dassault Systèmes, the 3D experience company which “provides business and people with virtual universes to imagine sustainable innovations.” In 2016 Dassault led a program, sponsored by the French government, to revolutionise and transform the “Industry of the Future” – the Fourth Industrial Revolution.

A 2020 promotional video from Dassault gives an indication how human augmentation will influence each and every one of us. It explains how high-tech manufacturers “are in a great position to use the Industrial Internet of Things (IIoT).” And that their 3DEXPERIENCE platform “seamlessly connects the entire manufacturing and supply chain ecosystem” where people and machines are connected to sensors.

Below is a list of some technologies related to this topic collected by Scotland Today which you may be interested to research further: