Here is a letter coming from the most important human rights organization on freedom of religion and belief, Human Rights Without Frontiers. This letter comes as a reaction to the 14th of June 2013 sentence of Mr Gregorian Bivolaru at the Supreme Court of Justice in Romania. Being in their attention for a while, Mr Bivolaru’s case raised several doubts about the judicial system of a Romania that is still under the influence of the same groups of power.

You can read here the reaction of another human rights organization, Soteria International, one of the international organizations that were constantly investigating and bringing into the light of international public attention the case of Mr Gregorian Bivolaru in Romania.

This document speak for itself and for anyone that care for justice and fairness in our society should be an alarm signal: is the judicial system in Romania complying to the European standards? The answer is (sadly) negative today. The facts signaled here will make even get closer to the way the former communist regime in Romania was dealing with these issues…

To this I only need to remind the fact that Mr. Gregorian Bivolaru was granted political asylum in Sweden in 2005 because he will not be given a fair trial in Romania. Which is exactly what prove the current situation.

How many voices have to be heard until these abuses are stopped and the ones that put personal interest above the principles of a normal human society are removed from the decisional position and brought to justice?

If you want to help just spread these documents and let everyone know what happens now, in 21st century, in Romania. Thank you. 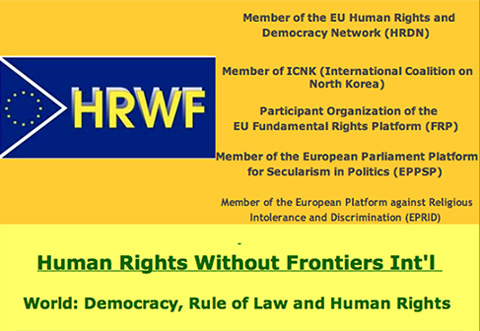 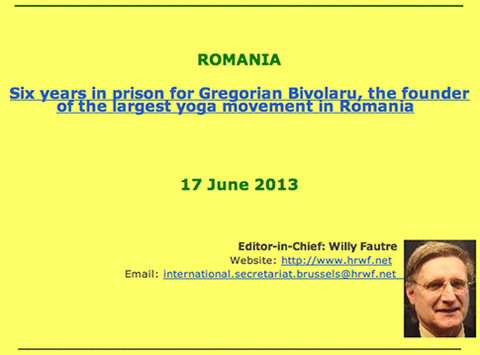 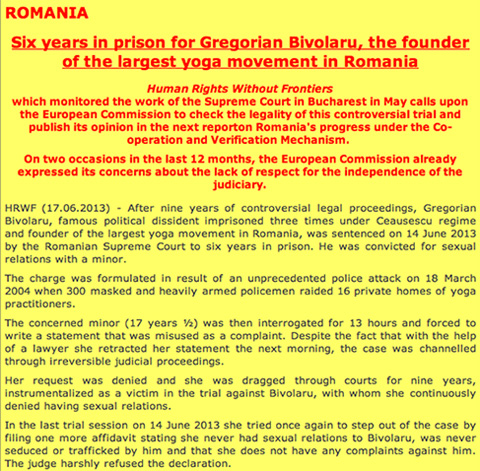 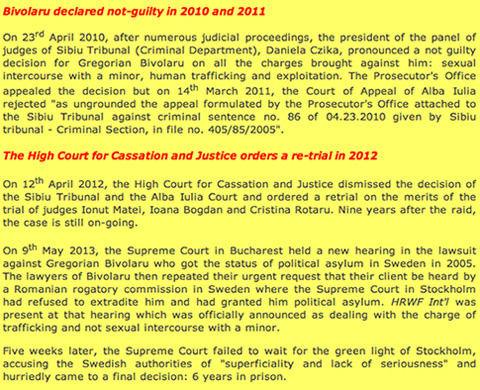 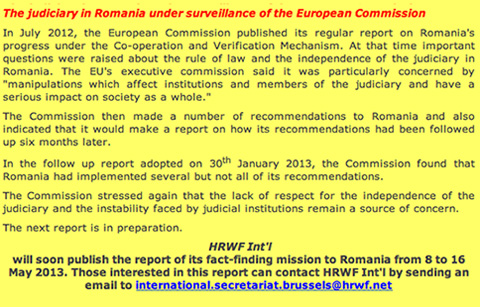 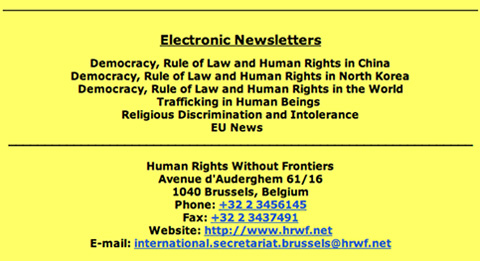