In each of us there is a force above all disease

Our body was created to stay healthy on its own, with its own strengths. In each of us there is a doctor who treats us with the same care and kindness whether we have a health card or not, who is ready to come to our aid day and night, on weekends or holidays. Our own body is endowed by nature with the capacity for self-regulation and healing, with its own powers, of over half of all the acute ailments we face. Only a decade ago, these statements seemed like stories, but in the meantime they have gained credibility, being scientifically proven. 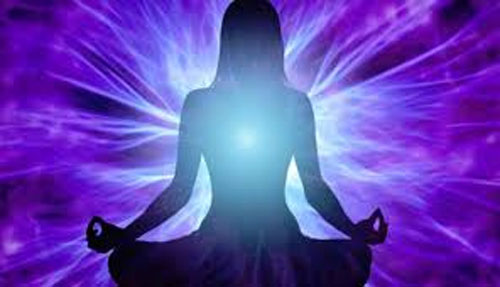 “Yes,” say the experts, “the healer” inside of us knows how to glue broken bones, to regenerate cells in the skin, blood or liver, to remove with the help of repair enzymes defects in the structure of DNA. All this can happen without outside help. The immune system easily overcomes a cold or an intestinal infection, as long as we provide the body with the necessary rest.

But the situation is completely different in the case of more serious, chronic health problems. Those who struggle with an irritable bowel syndrome, migraines, rheumatism, allergies or persistent back pain would do well to activate their healing forces, following the five strategies we present below:

In order for the self-healing forces that we each have from birth to be manifested, it is necessary, first of all, to put aside the blockages that we ourselves put in our way. These are the wrong habits of everyday life, which we do not feel harmful: fast food, lack of sleep, smoking or excess alcohol. Those who sleep too little, overeat burgers and fries, and maintain a high level of stress, completely annihilate the body’s ability to defend itself and self-healing is blocked.

Among the recommendations, especially for overweight people, is to have smaller portions on the plate. Reducing calories is one of the most effective measures that can activate healing, especially in the case of chronic diseases. Studies show that reducing calories can alleviate osteoarthritis, hypertension, diabetes and migraines, allowing genetic repair mechanisms to work better.

Experience shows that the path to healing is neither straightforward nor predictable. It often takes patience and flexibility. For those who intelligently combine allopathic medicine, when it is absolutely necessary to resort to it, with complementary methods, herbal treatments, traditional Chinese or Indian medicine, acupuncture, homeopathy, exercise and sports, new perspectives open up. In many cases, even the simple decision to take the reins of healing into one’s own hands takes the first steps toward healing.

Recommendation: Ask your family doctor what alternative methods you might use and use the experience of other patients.

Much of the healing force works according to a pattern that doctors call the “stimulus response principle”: an external impulse received by the body slowly restores the destabilized force to it. This impulse (usually something that irritates) is used by a lot of therapeutic methods: from Kneipp’s hot and cold water treatments, to those needles dipped in the skin in acupuncture, and to muscle massages.

And the healing power of the movement works, in part, according to this model. Physical activity “pushes” the body out of its comfort zone. Successes are sometimes sensational. Asthmatics who “train” physically have fewer seizures, those with type 2 diabetes have lower blood sugar levels and need insulin, and people with depression regain their zest for life. Movement as a medicine works successfully even in anticancer therapy. Especially in the case of bowel cancer, sport reduces the mortality rate by 30%. It is more than one can expect from chemotherapy.

Harmonious relationships with family and friends reduce the number of illnesses and speed up regeneration. It is an observation that more and more doctors are making about their patients. People with a strong self-healing force are usually mentally balanced in terms of social relationships. The explanation is given by psychoneuroimmunology, which studies the connection between the psyche and immunity. “For those involved in social relationships and not concerned with fear or chronic stress, the body’s immune system obviously works better,” state the experts.

God’s calling and help play an important role in the healing process. Numerous studies have concluded that people who regularly follow a spiritual practice need fewer sedatives after surgery, overcome depression faster, or recover more easily from a heart attack. There are many reasons why spirituality acts as a healing power. Such harmful stress can be reduced if we can “delegate” our concerns to a higher being. And transcendental experiences during meditation or prayer suppress worldly anxieties and pains. 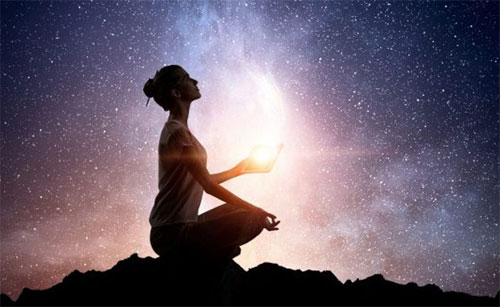 Our inner doctor achieves maximum healing power when the body has the necessary rest. Relaxation stimulates extremely important processes in the body: the blood supply to the tissues is better, and the inflammatory and infectious processes decrease. And because infections cause many diseases, from atherosclerosis, myocardial infarction and rheumatism to irritable bowel syndrome, rest and relaxation act as a universal remedy. Consciously practice rhythmic breathing and take several relaxing breaks a day.

What determines our lifestyle?

Have you thought about what determines your lifestyle? Why do you live the way you live, and not the other way around? Of course, first of all we imitate, to a greater or lesser extent, the habits of the parents – habits that we learned from early childhood. Therefore, the influence of the parents is indisputable. But the lifestyle is also influenced by education outside the family, by the society in which we live. Those who come from families that smoke and consume alcohol smoke and drink to a greater extent than those with abstinent parents, even if they have the same education and live in the same social environment. Nor can we ignore the fact that many children from “abstinent” families, due to the influences of those around them, become slaves to smoking and alcohol.

Lifestyle is determined, at least in part, by the information we have, by the knowledge gained from reading, hearing, or seeing. In the last 20 years, it has been observed that the number of people with a better school education who smoke is lower than those with a poor education. Educated people also tend to reduce their consumption of fat, alcohol and coffee, giving them time for physical activity, sports and not only to relax by watching TV. However, recent epidemiological studies show that, at least in the United States, lifestyle changes have not kept pace with the explosive growth of knowledge in the field of health in general and nutrition in particular.

Even if we live in a secularized society, an important factor that influences the lifestyle is religious belief. Some may not be convinced that religion helps with health issues and that a lifestyle marked by a certain religious belief can lead to a healthier and longer life. There is a long-standing misunderstanding that religion has to do with disease and death in the first place. For many, this view is embodied in the candle that is placed in the hands of the dying person. Is that the only way to reduce the role of faith? On the contrary, spirituality is the most important factor that determines the lifestyle. Faith is necessary to bring concrete, tangible results. If it can’t make us better, healthier and happier in this life, that is, here and now, then it won’t do it to us in the next one either. To see if religious beliefs influence health, researchers at the University of Portland, Oregon, USA, and New Jersey compared the mortality of Loma Linda (Adventist) medical school graduates with that of University of Southern California School of Medicin students.

The average life expectancy of physicians in the United States is longer than that of the general population. However, doctors have a shorter lifespan than teachers and clergy. The study, published in the Journal of the American Medical Association, is an attempt to examine the effects of lifestyle on the mortality of physicians who, by training and lifestyle, have many common characteristics, especially if they live in the same area.

The authors’ conclusions: the differences in the mortality of these two groups, which have so many similarities, seem to be due to the Adventist lifestyle: abstinence from smoking and alcohol, predominantly vegetarian diet and more physical activity, as well as participating regularly in religious services.