In Romania, a man disappeared before the eyes of his family and traveled 200 hundred years back in time 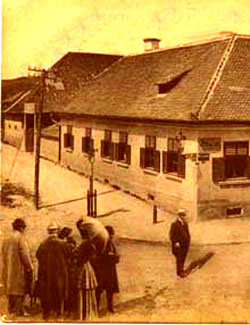 Mister D.C. was born in Sibiu in 1937. As an engineer, he declared he keeps a “genuine cult for everything that is exact and concrete.” But what happened in 1992 surpasses, in his opinion, any real logic. “I was reluctant to come and tell you everything about this, especially since I usually ask myself if this was a dream or just my imagination… If my wife and children hadn’t “participated” in some way to this story, I believe I would’ve kept my mouth shut, since I was afraid that the world might think of me as a fool”, said D.C.

“It was in August of 1992”, D.C. said in the beginning of his testimony, “and I was in Mediaş together with my family. I had two days left of my vacation and, after we had visited the monasteries in the North of Moldavia, we had decided to come back home to Sibiu, with a small detour. We parked the car next to the town park, and my wife and kids, well, I call them kids but one of them is 22 and the other one is 24, entered the alley and sat on a bench. I was locking the car and planned on buying some postcards, so that we can write to relatives. From where I was, I could see them clearly sitting on the bench. I locked the car, I checked all the doors and the trunk and I waved to my wife while I was going for those postcards. I made two steps, searching through my pockets but I didn’t have any change; I thought about going back and asking Doina, my wife, I even turned around, but I gave up the idea, I couldn’t tell you why. I started walking on the same street we drove on earlier, I had seen a bookstore on that street, while driving, but there was nothing I could recognize on that street… It was a narrow street, so narrow that I was certain I wouldn’t be able to drive through there… I turned and looked back and I was able to see my car behind me, about ten meters away… It was obvious that that was the way I had reached the park… I didn’t mind this aspect, thinking it was merely an optical illusion and I began to look around… I liked that small street, it had a quaint, medieval atmosphere, with wooden-walled houses… I could see women with long dresses and aprons passing by me, with bonnets on their heads, just like I was in a film… Men wore shorts up to their knees and long coats with trimmings… I don’t know why I thought that maybe there’s someone shooting a film and that probably I’m oddly dressed with my modern clothes, especially since I was wearing shorts and a sleeveless shirt, as it was hot outside… I loved that old atmosphere, I was actually smiling in my head, wondering what kind of film would be able to re-enact that idea of life two hundred years ago. When I was halfway down the street, I could see something resembling a small shop selling goods of all kinds, sausages, big silver mugs, fish and ink, kind of like how I imagined it would be, seeing everything around me. There was only one young boy inside, he looked eleven years old, he wore a big cap on his head, a dirty apron and he had his red corny hands… I asked him about the postcards, even though I was aware there couldn’t be any postcards there, in that movie setting… The kid looked at me as if I had just asked him about spaceships and, when I made him a gesture of writing, he took some thin pieces of paper from a shelf, which where rather similar to a parchment, and he handed them to me… I gave him a hundred lei, I watched him look closely at that banknote, as if he hadn’t seen something like that ever before, then he put it in drawer… I turned back on the same alley, this time it was empty, and I was looking forward to telling my wife about this… All of them were extremely worried when I returned, and they were crying…”

He waved to us, walked for a few meters, then he disappeared as if he was never there 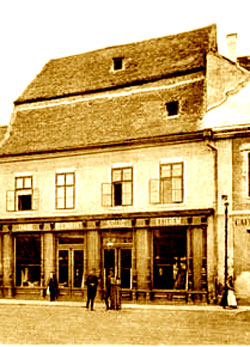 Mister D.C.’s wife is still horrified at the memory of that event: “I was watching my husband from that bench where I was together with my children. I saw him lock the car, he walked for a few meters and then he disappeared as if he was never there… I felt I was going crazy, we ran to see what happened, me and the children, but there was nothing there but a yellow circle on the ground, measuring three meters in diameter, as if a strangely yellow colored mist lifted from the pavement!… We did not know what to do, I started to cry and to shout my husband’s name and my boys, despite being worried as well, they did their best to keep calm for me…
I wanted to tell the police but my oldest son said we should wait a little, and see what will happen. What would the policemen say when we’ll tell them that a grown man suddenly disappeared from before our eyes, as if he was kidnapped by aliens! Do not ask me what was in my heart in those thirty minutes until my husband returned, what kind of worries went through my head, and when he returned, he was so cheerful, I did not know what to think…”

“This type of paper was manufactured 200 years ago, where do you have it, is it a family heirloom?”

Mister D.C. sighed and continued with his story: “They told me what had happened, what they had seen, the way I disappeared from before their eyes and then I thought that maybe I went mad… When I told them what happened to me and where I was, they looked at me in a very strange way, as if they, my own family, couldn’t believe me and they thought I was insane… Only when I showed them the paper I had bought I started to analyze it more closely… It was so thin as if it was about to tear in my hand… I asked them to come with me so I can show them… But, can you believe this? That same street looked entirely different now! It was an ordinary street from our times, with blocks, grocery stores, even that library that I went for initially… I entered, my family was still staring at me in fear, I didn’t mind them and I approach the shopkeeper, a young lady… When I showed her the paper and when I asked her if they have anything similar to that for sale, she frowned and made fun of me: “This type of paper was manufactured 200 years ago, I believe… Where do you have it from? Is it a family heirloom?” I did not remember the rest since I fainted on the spot… My family took me to the car, they gave me a sedative drug and I slept all the way to Sibiu… When I woke up, I thought I had dreamt all this… If only I didn’t have that piece of paper…” 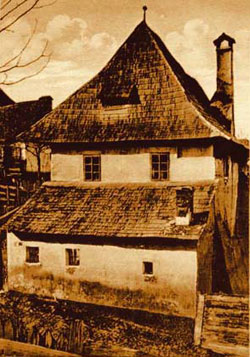 “I won’t tell you I was like a mad man… Since then, I went to Mediaş five times, I walked the whole town, I ended up knowing that town better than Sibiu, my hometown and my current residence but I couldn’t find that street… I went through all the papers in the town’s library and I found a sketch of a street which resembled the street I walked on… But that street had existed up until 1780, when there was a fire!… In those documents it said that only three of the inhabitants of that street were left alive after the fire!… Tell me, am I crazy? How was I able to walk, in 1992, on a street which ceased to exist in 1780? How can this be explained?…”

Mister Radu F., MD, member of the Romanian Society for Parapsychology, was kind enough to try and explain the strange phenomenon to us

“Such events have happened before, there are a few famous cases of people who went back in time… In our terminology, such events are called “time traps”. As a matter of fact, there are no logical explanations for this, the only thing I would assume is that the subjects of such events have a natural predisposition to such time traveling events, predispositions that can exist and can be felt only at the level of the subconscious…
Even if this might seem a random thing, or in other words, science-fiction, because most of us refuse to believe that Nature would allow us to go into a different moment in time, in other ages, I keep on believing that this is possible… Some day, I believe that science will be able to give an explanation for such phenomena or at least it will try, by giving them a proper name… As soon as you name something in a certain way, this “naming process” becomes a substitute for the actual phenomenon… We will most likely get to know and understand all the secrets of time some day.”

This excerpt was taken from “Space, time and beyond them through yoga”

Ally yourself with the divine fire of transformation (III)