Latest information regarding Austin Steinbart, the self-proclaimed QAnon, show that his claims are just a charade

Austin Steinbart, the self-proclaimed QAnon, was arrested in the US on March 31, being accused of blackmail by tech company Datto. He is currently under house arrest, pending further hearings. 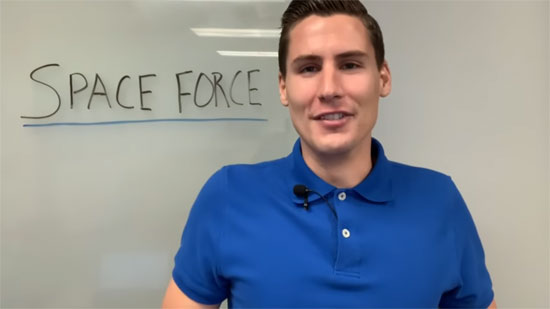 The 29-year-old Steinbart – nicknamed “Baby Q” by his fans – claimed in recent posts that he could escape any arrest as he was a super spy for Trump. He claimed that by now he should have been arrested “100 times” for his actions, and that that fact that he had not been arrested even after threatening to kill the Queen of Denmark was evidence that Trump had given orders that he was granted immunity from any criminal prosecution.

Steinbart came to the attention of law enforcement in mid-March, when he posted on YouTube footage he filmed at a Los Angeles medical clinic. While receiving a brain scan footage, at his parents’ request, Steinbart, according to prosecutors, gained access to the clinic’s computer and began filming the screen while browsing the records of other patients.

These files included a folder containing documents and medical records of dozens of former professional football players. Steinbart also filmed himself while going through doctor’s notes and a brain scan for football commentator and former player Terry Bradshaw. The video was later removed from YouTube, due to privacy infringement.

After clinic staff asked Steinbart and his parents to remove the video, he threatened “Nuclear Armageddon” if they dared to contact his parents again.

Steinbart claimed that he uses these “scandalous” acts to prove to his online fans that he is a spy. The posting of private medical records, Steinbart claimed, was only intended to “show people that he will have no problems afterwards.”

Steinbart continued his illegal actions even after FBI agents visited him as a result of this story. Two days later, on March 21, he posted a video on YouTube asking those who watched him to harass the employees of tech company Datto, who removed some of his files from the internet for copyright reasons.

According to the FBI, Datto quickly received a plethora of fake customer service support claims from Steinbart fans. In an effort to save its overwhelmed systems, Datto spent nearly $ 11,000 on new lines for customer services.

Steinbart himself sent a threatening message to the director of Datto, saying: “I conduct a military intelligence operation for the Defense Intelligence Agency, called Operation Qanon. There is a VERY great chance of sending some PSYCHOPATHS to come and visit you in person!”

The company filed a lawsuit against Austin Steinbart, which led to his arrest.

Also in the same period, on March 20, in a response posted on Twitter to a rival in the virtual environment that threatened him, Steinbart explains how he will surround his yard with explosives that will detonate by being fired at, and if any radicals find out where he lives, he will blow them up and stream it live through surveillance cameras. After this description he concludes that “I should be arrested by now, right?” 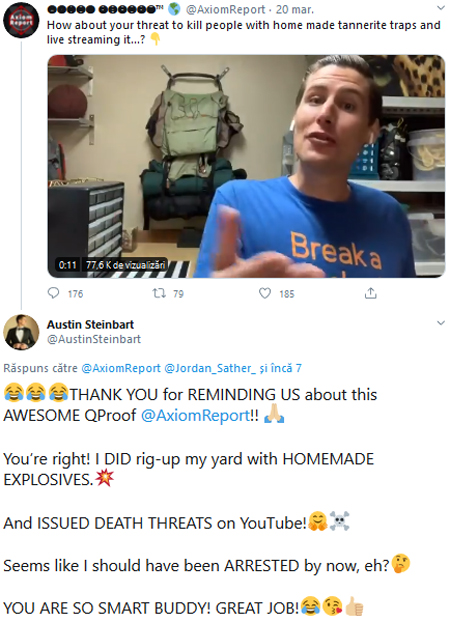 Currently, Steinbart can continue to use the Internet under house arrest conditions – as long as it is complying with the court-ordered monitoring.

Given this latest information, we have come to the conclusion that this is a charade and that this Austin character has been mischievously pretending to be QAnon. It is evident that he is not the QAnon character, who nevertheless made considerable efforts to reveal the conspiracy of the so-called illuminati. Therefore, we have deleted the article THE EXPLOSIVE RECENT REVELATIONS REGARDING THE CRIMINAL SATANIC SECT OF THE SO-CALLED ILLUMINATI. Who or what is “Q” and who or what is actually “QAnon”, which contained false information that Steinbart included in his so-called testimony.
Soon we will offer material from the real QAnon.

A Mysterious Sound is Driving People Insane, And Nobody Knows What’s Causing it

The Different Benefits Of Laughter