Arm yourself with knowledge and survive the globalist attack

In the interests of arming you would some knowledge that might assist your survival, the following featured article from Biz News gives you an excellent briefing on the lies and false data underpinning the effort to jab the entire populace with booby-trapped experimental biochemical agents. 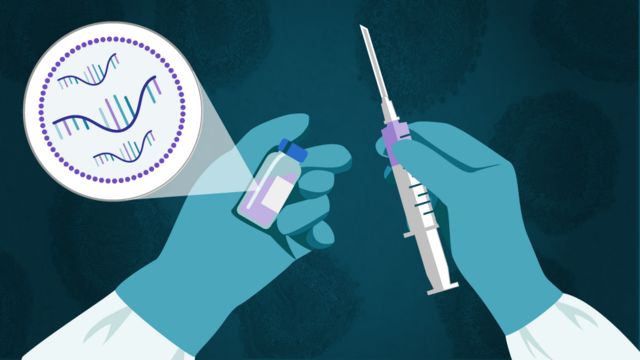 Covid-19 brought about an age of misinformation like never before. With this, the responsibility of journalists to provide informed, well-researched and objective news to the public has never been of more paramount importance. This article by Marc Girardot, a member of PANDA, is loaded with hyperlinks – each of which provide the source of those facts asserted in the article. The links and pictures are an integral part of this article, which takes a deep dive into the issue of natural immunity and Covid-19 vaccination. This article is not and should not be construed as ‘anti-vax’. Rather, it provides evidence of natural immunity. It is impeccably researched and well worth reading. – Nadya Swart

Should people who have recovered from covid take a vaccine?

Epidemiology, immunology and the clinical data all say a clear “No!”. There is no good reason to vaccinate the recovered.

A British friend, recovered from covid, decided to get vaccinated despite being naturally immune. This is the email he recently sent me:

“Marc I suffered a mild stroke on Wednesday 8 days after taking the Astrazeneca 2nd dose. Since I am a marathon runner I am a very ‘rare case’. I don’t smoke, have high blood pressure, high cholesterol, family history or come into any of the risk categories for blood clots…

You did warn me against taking the second dose and I wished I’d heeded your advice. I’ve taken a totally unnecessary risk with my life and I bitterly regret doing it.”

Contrary to most, Tony was informed; he had been told about the power of natural immunity, about the long – if not lifelong – duration of immunity, of the risk inherent to any medical procedure (yes, vaccination is a medical procedure!), as well as of the rising levels of adverse events. He admitted he hadn’t imagined it could happen to him…

Though it is hard to assess precisely the actual severity and breadth of vaccine-related adverse events, it is very clear that vaccination against covid-19 isn’t as harmless as pharmaceuticals, mainstream media, academia, health authorities and the medical community have been saying. And, in contrast to high risk individuals who are still susceptible, recovered people have no real benefit to balance the additional risks of vaccination.

For over a year, mainstream media, health authorities as well as many “experts” have been downplaying the power of the immune system, dismissing natural immunity and proclaiming that immunity to covid-19 was short-lived. Simultaneously, vaccines have been portrayed as the silver bullet to this crisis, an incidental procedure with no risk whatsoever. The data shows a different picture and many are coming forward, to challenge the official narrative. We will demonstrate that this is a fallacy.

The human immune system is one of the most sophisticated achievements of evolution. The survival of our species has depended on it for millenia. And today, we are still very much relying on it. For the record, 99% of people infected with SARS-CoV-2 recover without treatment. Only 1% of SARS-CoV-2 patients, who did not receive early home-based treatment, end up hospitalised. In other words, the immune system overwhelmingly protects. Even vaccines depend entirely on the immune system: vaccines essentially teach our immune systems what viral markers to be prepared for, they are not cures per se. Without a functional immune system, there can be no effective vaccine.

On the waning immunity fallacy

Once recovered, the immune response recedes, notably via a decrease in antibodies. It is not only natural; it is indispensable to restore the body to a normal balanced state. Just as a permanent state of fever would be harmful, a high number of targetless antibodies or T-cells constantly circulating throughout the body could create serious complications such as autoimmune diseases. Taking an evolutionary perspective, only those whose antibody and T-cells count waned post-infection survived. So, a dropping number of antibodies and T-cells is reassuring, even healthy. 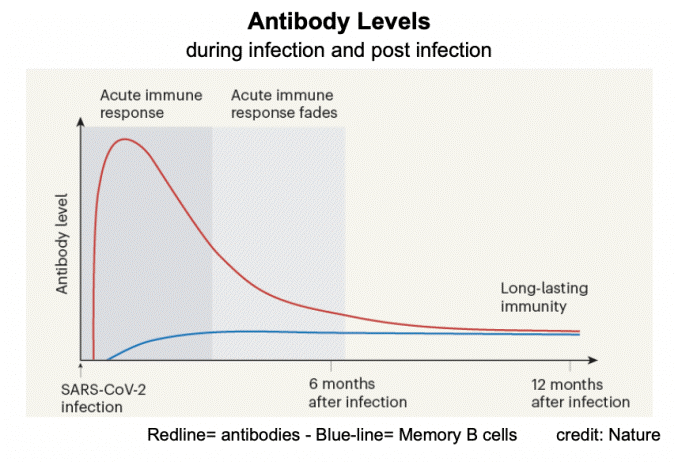 But this decrease in T-cells and antibodies doesn’t mean at all that immunity is gone. It means the immune system has adapted to the new situation, and is now just on sentinel mode: Memory B- and T-cells, circulating in the blood and resident in tissues, act as vigilant and effective sentinels for decades:

Indeed, all recent studies show the specific anti-SARS-CoV-2 immunity remains effective – possibly for a lifetime. Our immune system is a modular platform, it can combine in an infinite number of ways to address a multitude of threats in a variety of contexts. As such, it is neutral to the viral threats it faces. In other words, there is absolutely no reason to believe that those recovered from covid-19 would lose their immunity over the years, or even the decades to come.

On the reinfection fallacy

You might have also heard of people becoming reinfected by SARS-CoV-2. Indeed, immunity, natural or vaccine-induced, isn’t the impenetrable shield described by many. Essentially harmless and asymptomatic reinfections do take place. That is, in fact, the very mechanism by which adaptive immunity is triggered.

However, symptomatic reinfections are very rare. Like an army which adapts its response to the size and the progression of its enemy forces, adaptive immunity provides a specific, rapid and resource-optimised response. As such, reinfections are mostly asymptomatic and recovered patients are protected from severe disease.

In fact, innocuous reinfections can play a positive public health role as continuous immune updates of the population. They can help a seamless and progressive adaptation to emerging new variants and strains. And indeed a recent study showed that couples with children were more frequently asymptomatic than couples without, most likely because children acted as natural and harmless immunisation vehicles. The likely reason high density countries all have very low death tolls is that they have asymptomatic reinfections that regularly and widely update the immunity of the population.

On the variant fallacy

As demonstrated by the low numbers of reinfections mentioned above, but also by multiple studies, so far variants have not escaped acquired immunity. Just as Americans can speak and interact seamlessly in England, unhindered by a few word variants, natural or vaccine-induced immunity is unhindered by variants, possibly more so than vaccine-induced immunity. There is ample evidence of the sophistication and breadth of the human immune system, and it is clear that its arsenal cannot be evaded by a few minor changes in the genes of the virus.

Across the world (countries: Canada, Ecuador, Gabon, Germany, India, Singapore, Sweden, UK, USA, Tanzania, Zambia), multiple studies demonstrate high-levels of pre-existing cross-reactive T-cells and antibodies to SARS-CoV-2. In other words, many were already largely immune via other coronaviruses. This is the likely explanation for the unexpectedly high level of asymptomatics during the pandemic. More importantly, this demonstrates that even with large genetic differences, prior immunity to related coronaviruses is sufficient to avoid severe Covid. Therefore, it is quite evident [that] variants are not a concern for the general population who have already recovered.

On the vaccine better-than-the-natural-immunity fallacy

You might have heard people stating that vaccines provide better protection than natural immunity. That’s an interesting way of bending reality. How can a vaccine be more effective at immunisation than the disease it is trying to mimic? 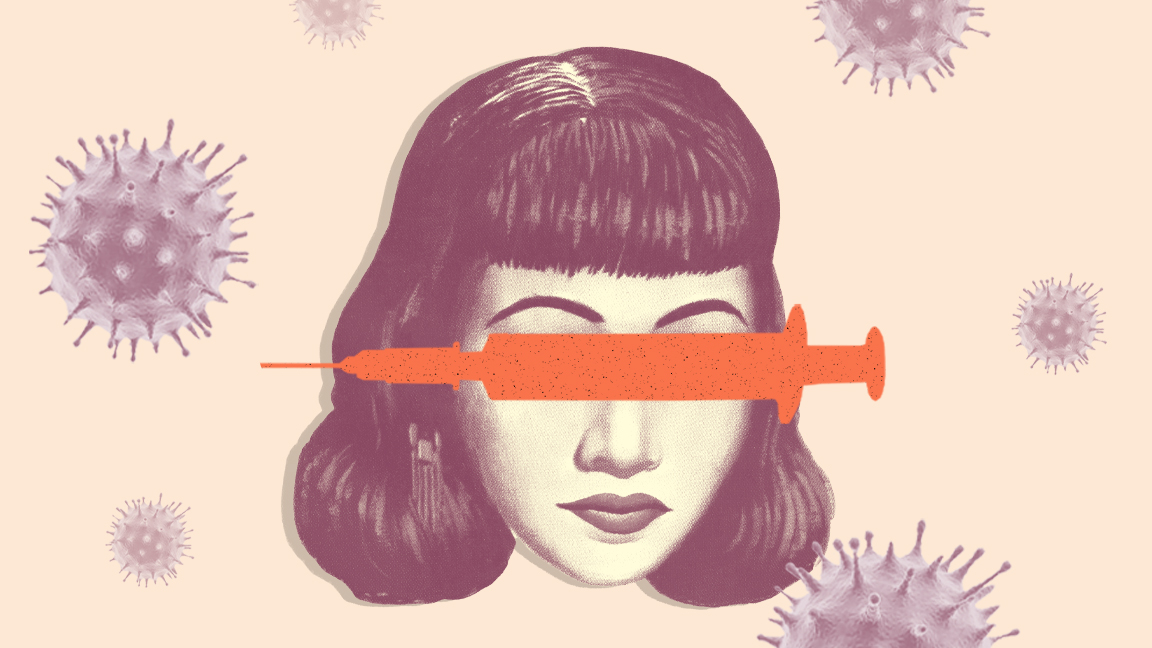 Theoretically, there are several reasons explaining why natural immunity is better than vaccine-induced immunity:

Recent research confirms this logic. One comparative study in Israel found the protection from severe disease to be 96.4% for covid-19 recovered individuals but 94.4% for vaccinated ones, and concluded “Our results question the need to vaccinate previously-infected individuals.” Another reference comparative study by a team at New York University highlighted a faster, wider and more impactful humoral and cytotoxic reaction in recovered immunity versus vaccine-induced.

There is ample evidence that vaccinating people recovered from covid doesn’t bring any benefit. It quite possibly does the opposite, because of the risk of building tolerance to elements of the virus translating into reduced immune potency.

On the vaccine innocuity fallacy

Without denigrating the incredible contribution of vaccines to modern medicine and public health, one needs to acknowledge that vaccines are a medical procedure. As such, vaccines should never be considered lightly. They are neither neutral, nor trivial, all the more so when they are injected into billions of people.

In their very nature, vaccines tinker with the sophisticated balance of one’s immune system. That in itself demands respecting rigid safety protocols. Though we have made considerable progress in our understanding of immunology, we are still very far from understanding its intricacies and subtleties, especially when it comes to novel mRNA and DNA technologies. 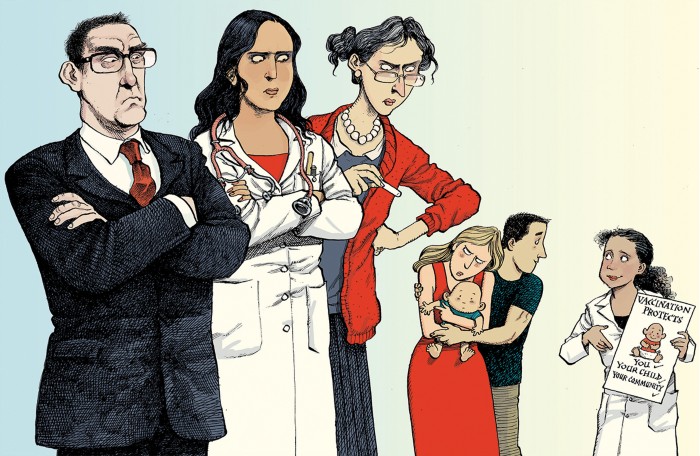 Because of the risk of anaphylactic shock, auto-immune diseases, unforeseen interactions, design flaws, deficient quality protocols, over-dosage, and so on – vaccines have traditionally been strictly regulated.

History teaches us to be watchful with vaccines, from the botched inactivation of polio vaccines that ended infecting 40,000 kids with polio in 1955, to the 1976 swine flu vaccine which caused 450 to develop Guillain-Barré syndrome, to the more recent vaccine-induced outbreak of polio in Sudan. The recent rejection by Brazilian health authorities of the Barhat’s Covaxin is a clear reminder of how rigorous and independent our health authorities need to be if vaccines are to promote, not hinder, public health.

After 6 months of vaccination and a year of research, a number of red signals should be alerting the would-be vaccinated and health authorities:

These are essentially just the short-term effects of these novel vaccines. There is no long-term clinical data regarding the implications of these vaccines, notably regarding autoreactive antibodies (antibodies that target one’s own body creating autoimmune diseases).

To conclude, we question why anyone healthy and recovered from covid-19 would want or be advised to take any risk – even the most remote – in getting vaccinated given that:

– those who have recovered from covid-19 enjoy robust immunity;
– natural immunity duration is decades-long, probably lifelong;
– natural immunity effectiveness is better than vaccine-induced;
– variants are not an immunological concern, presenting no risk of immune escape;
– vaccines are medical interventions which should never be taken lightly, especially when still experimental;
– there is no benefit for covid-19 recovered; and
– covid-19 vaccines are obviously not as safe as stated initially by the manufacturers.

Marc Girardot is a member of PANDA and Senior Advisor in Biotech & Automotive/INSEAD MBA.

Uri Geller to ‘Post’: I saw extraterrestrials with NASA, helped England in Euro 2020

The Cult of the Branch Covidian and the Banality of Evil

The Vaccine Death Report: evidence of millions of deaths and serious adverse events…