Uri Geller to ‘Post’: I saw extraterrestrials with NASA, helped England in Euro 2020

Uri Geller, in headlines recently for his role in helping England at soccer in the Euro 2020 games, shares details of his work with NASA. 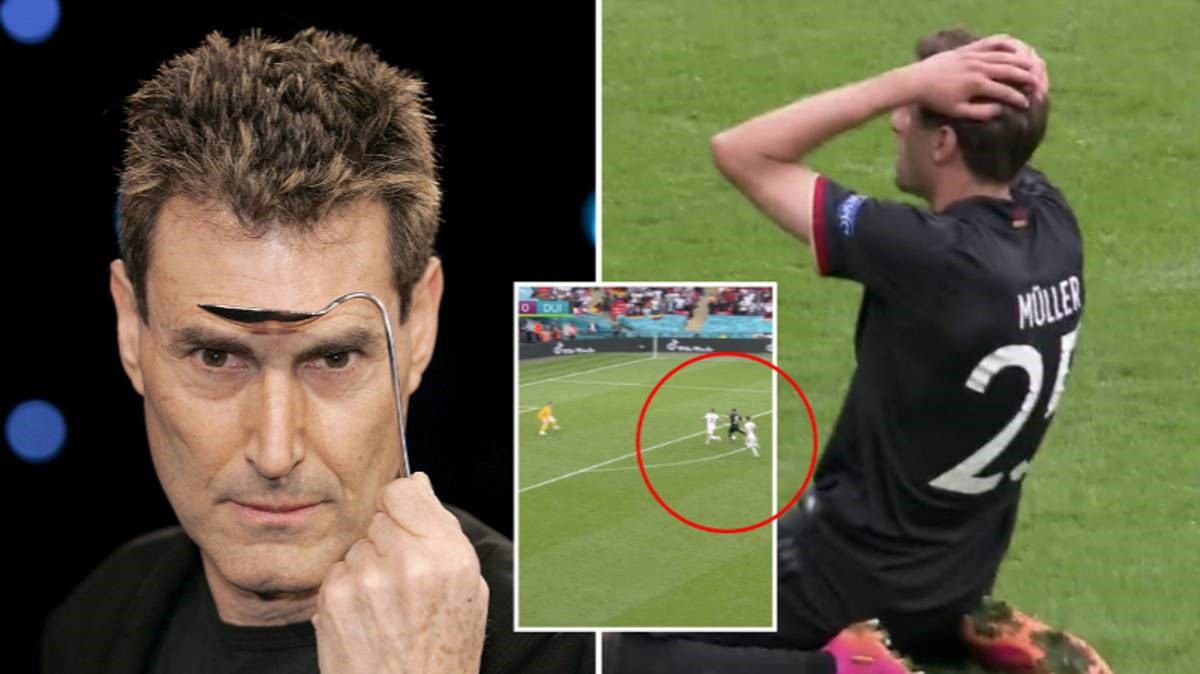 With a career spanning more than 50 years, Israeli man Uri Geller has seen almost everything, from famous figures to historic events. And, according to him, that even includes aliens and Nazis.

Geller has been in the headlines recently for his role in helping England win at soccer in the Euro 2020 games, having given a detailed interview to The Jewish Telegraph newspaper about helping England beat Germany with his supernatural powers and having predicted England’s victory against Ukraine in the quarterfinals.

He claims to have done everything from move spoons to help Boris Johnson get elected – and even help dislodge the Ever Given container ship from the Suez Canal. But his powers also may have given him a close encounter of the third kind.

Geller’s experience with the supernatural dates back to his life as a young child in Tel Aviv.

“I was around five when I saw a sphere of light floating over Rothschild Boulevard,” he told The Jerusalem Post. “An [Israel] Air Force officer actually corroborated the story years later.” This was not the last time Geller encountered something he claimed was from another world.

Years later, he would serve as a paratrooper in the IDF. After fighting in the Six Day War and getting wounded on French Hill during the battle for Jerusalem, Geller’s next career was as a male model. But after impressing the photographers by showing his abilities bending spoons, he soon got invited to parties.

“People wanted to show what I could do to their friends,” he explained. “Over time, the house parties became more prestigious, even including generals. And then, I went to one when Golda Meir was there.” Geller showed off his abilities to the then-prime minister, having her draw something in the bathroom. Despite Meir claiming nobody could read her thoughts, he made the exact same drawing. “The next day, Meir was on the radio and she was asked what she thought of the future,” he recounted. “She said, ‘Don’t ask me, ask Uri Geller.’ And from there, everything started.”

From there, Geller’s popularity skyrocketed, including his famous period of being studied by US intelligence in the early 1970s, when they concluded that he had “demonstrated his paranormal perceptual ability in a convincing and unambiguous manner,” as was noted in declassified CIA documents and was the focus of scientific studies. This and his professed career are widely known and have been the subject of many books and documentaries, both supportive and those claiming to have debunked his feats.

But not as well-known are his claims of working with NASA. During this time, Geller met and befriended Edgar Mitchell, a NASA astronaut who landed on the moon in 1971 as part of the Apollo 14 mission, a friendship that was documented by Mitchell before his death in 2016. And it was during this relationship that Mitchell asked him to meet with Wernher von Braun, the legendary German-born American aerospace engineer. “Von Braun was a Nazi – the father of rockets, they called him. He made the V2 rockets,” Geller told the Post. “Kennedy had argued to bring him to the US so they could use his knowledge. I was hesitant to meet with him at first. I mean, how could I? A Jewish Israeli who had family murdered in the Holocaust? But eventually, my curiosity overcame my emotions.”

Geller and his best friend, Shipi Shtrang, who would become his brother-in-law, traveled to NASA’s Goddard Space Flight Center in Maryland. While there, Geller gave Shtrang his German Lennox spy camera, which he claimed to have used while working for the CIA. With this camera, Shtrang took pictures of Geller, Mitchell, von Braun and more. Von Braun didn’t want to believe Geller at first. “He said he heard about my powers and told me that if he took his wedding ring off his finger and put it in the palm of his hand and I’d be able to bend it while it’s there, he’d believe me,” Geller recounted. “And I did – completely.” After this, Geller was shown into von Braun’s office and was given a piece of metal from a safe. “It was breathing, three-dimensional and a color I had never seen before, but it was metal,” he explained. “I put my hand on it, and I realized right away that it wasn’t from this planet. Von Braun said I was right – and that it was from a crashed UFO.” Geller never learned where the UFO was from, though he said he had suspicions about Area 51, a US Air Force facility in Nevada.

After that, Von Braun took him to an unmarked building on the site and led him down three flights of stairs. After putting on protective lab equipment similar to what is used in Antarctica, they went inside a special refrigerated room. “This, though, is my redline,” he explained. “I can’t tell you what I saw there. But use your imagination. What could they have been refrigerating?” 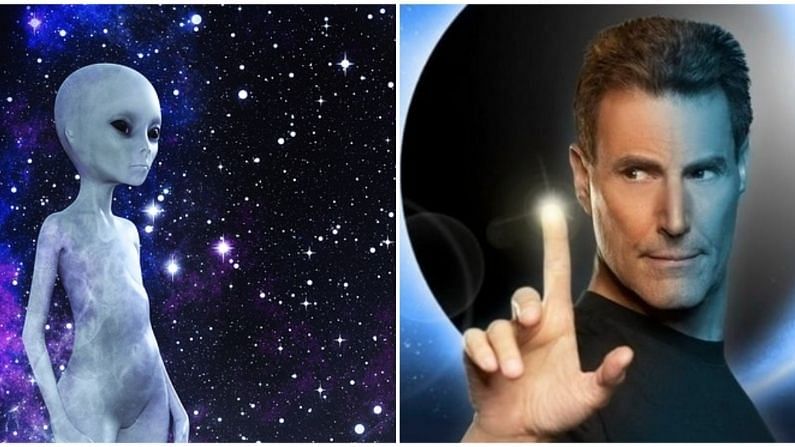 He elaborated on his experience with UFOs and that he had always believed in them, ever since his encounter as a boy in Tel Aviv. But he maintains that more people know about it – and that a select group of powerful people, including former prime minister Benjamin Netanyahu and former presidents Barack Obama and Donald Trump, have far more knowledge of extraterrestrials than they are letting on.

ETs and UFOs have been a subject of considerable interest for decades. But interest has skyrocketed in recent months, following the publication of the long-awaited UAP (unidentified aerial phenomenon) report by the Pentagon and claims made by former Israeli Space Agency head Haim Eshed of the existence of a “Galactic Federation.”

Many mainstream experts disagree with these notions, and they are just as quick to call Geller a hoax. But just as many people totally believe in him. These include some big names, such as CIA scientists, astronauts and even politicians, notably Netanyahu.

“I’ve known Bibi for 50 years, since he was [in] Sayeret Matkal,” Geller recalled, referring to the IDF’s primary Special Forces unit. Netanyahu once famously recounted in a documentary an example of Geller’s power – how he bent the spoons on every table in a restaurant when they went out to eat.

Another person who evidently placed a lot of stock in Geller’s claims was Israel’s fourth president, Ephraim Katzir, who was also a Harvard biophysicist and helped found the Weizmann Institute of Science in Rehovot. In a finding first revealed by Geller to the Post, Katzir had actually compiled a dossier on Uri Geller, complete with analyses and newspaper clippings. The file was put in the public domain and can be viewed online here.

In addition, the CIA had a much larger file, which Geller later obtained and is on display in his Jaffa museum. Indeed, no matter what his claims, Geller has always had his supporters, ranging from scientists and magicians to ordinary people, including some of the many in England on the day the Brits beat Ukraine 4-0 in the Euro 2020 quarterfinals – just as Geller promised would occur. “Thank you, Uri Geller!” many had shouted, with some on Twitter calling for him to be knighted. But despite helping England win, Geller has never given his support to Israeli sports.

Why? He claims the answer is simple: Nobody ever asked. “In England, the media, the teams, the players – they ask for my help,” Geller explained. “In Israel, no one has ever asked for help.” He reasons it has to do with the ego of coaches, who don’t want to admit to getting help from him. “It’s their loss,” he said. “I won’t do anything without being asked.”

Geller’s whole career has often been people asking him to do actions, he said. He never sought out opportunity, but it always came to him – and he capitalized on it. “I’m a natural-born showman and PR man. I have no managers or spokespeople. I know how to go with the flow and appeal to tabloids and government and scientists,” he explained. “I can rock the boat and be successful with it. I’m nice. I’m open and down to earth. I’m Israeli, I’m a Sabra [native-born Israeli] and I have chutzpah.”

And with a career spanning five decades and feats famous throughout the world, no one can deny – believe in him or not – that Uri Geller never fails to stay relevant, even, or perhaps especially, when he is controversial.

Covid vaccines from Pfizer destroy every system of the human body

The Covid-19 Power Grab as “Organized Crime”. A…

Are you Awake or are you a Woke? Brainwashed or empowered?