Luteolin: the flavonoid in leafy greens than can keep the flu at bay

Luteolin is a flavonoid known for its antioxidant properties. It is found in plant-based foods like fruits and vegetables and medicinal plants used in Traditional Chinese Medicine (TCM). But aside from being a potent free radical scavenger, luteolin also functions as an anti-inflammatory and immune-modulating agent. It even has reported anti-cancer properties. 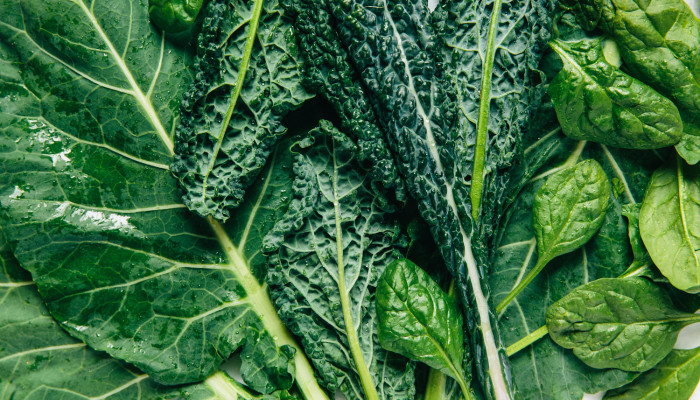 In a recent study, Chinese researchers explored another biological activity of luteolin that can be of considerable use medicinally. According to previous studies, luteolin is a potent anti-viral agent that can disrupt viral replication, particularly that of the influenza A virus. However, not much is known about the mechanisms luteolin employs to exert this effect; hence, the researchers decided to investigate the compound’s modes of action. They reported their findings in an article published in the Journal of Natural Medicines.

Luteolin can protect against influenza by preventing viral replication

Of the four, only influenza A is capable of causing flu pandemics. This virus can be classified into different subtypes based on the two proteins present on its surface. For instance, A/H1N1, the virus that caused the 2009 swine flu pandemic, is a subtype of influenza A that expresses both the hemagglutinin subtype 1 (H1) protein and the neuraminidase subtype 1 (N1) protein. Both hemagglutinin and neuraminidase have up to 11 different subtypes each, and 131 combinations of these subtypes have been found to exist in nature.

To examine the antiviral activity of luteolin against different influenza A viruses, the researchers infected several cell lines with two subtypes of the influenza A virus, namely, the A/Jiangxi/312/2006 (H3N2) and the A/Fort Monmouth/1/1947 (H1N1). Using the cytopathic effect reduction method, qRT-PCR, immunofluorescence and Western blot assays, they found that luteolin was able to suppress the replication of influenza A viruses. A time-of-addition assay also showed that the compound interfered with viral replication at the early stages of infection.

The researchers also found that luteolin suppressed the expression of coat protein I complex (COPI), which plays an important role in influenza virus entry and the endocytic pathway. The endocytic pathway refers to the step-by-step process of viral replication that begins with viral attachment to target cells and ends with viral exit into the cytosol. The researchers attributed the inhibition of viral replication partly to luteolin’s ability to target the COPI subunit, B-COP. Based on these findings, the researchers concluded that the naturally occurring flavonoid, luteolin, is a potent antiviral against the influenza virus.

Other anti-viral agents found in nature

Viruses are submicroscopic pathogens that can be transmitted from one person to another and – more often than not – are capable of spreading quickly. These pathogens are also linked to some of the most severe human diseases, such as AIDS, hepatitis and Covid-19. Fortunately, effective anti-viral agents that can treat and reduce the symptoms of viral diseases, as well as boost the body’s immune response to these pathogens, exist and can easily be found in Nature.

Here are some of the most potent natural anti-viral agents discovered by scientists:

Medicinal plants are veritable sources of active compounds that are effective against different types of viruses.

Scientific “proof” is a myth: the limitations of science and the medical paradigm (1)