In the new book, The War on You, it is documented how corporate and state elites use information, money, law, and psychology in an effort to control your thoughts and behaviours for their own ends. Most of the psychological warfare documented in the book is a result of living in a fragmented, for-profit culture over which the person has little control. 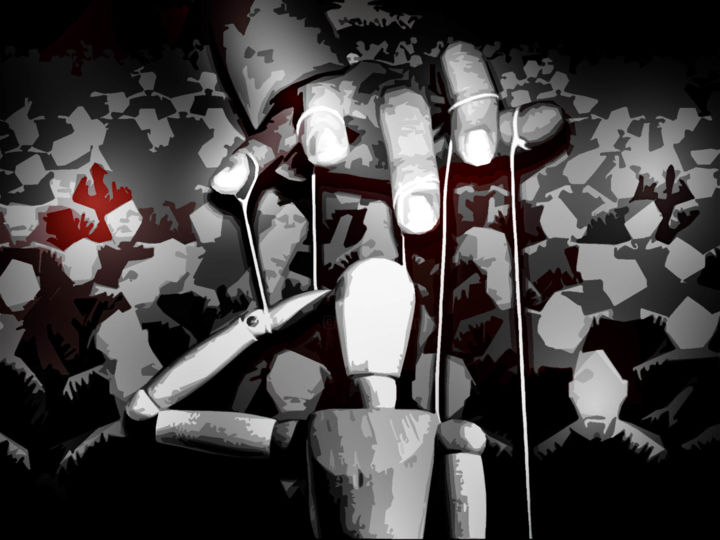 In case these unconscious structures fail to keep people in their place, the military, secret services, governments, and corporations have developed an impressive array of deliberate consciousness-control technologies and behavioural analysis firms targeted towards the person.

The US Central Intelligence Agency’s (CIA) conscience control experiments, dating back to the 1950s, are well-known. Their MK-ULTRA experiments in sensory deprivation continue to be used on Guantánamo Bay captives. But until Ian Cobain’s book “Cruel Britannia”, few people knew that British psychologists had pioneered the use of sensory deprivation for conscience control.

During WWII, Lord Swinton “pressed the Home Office for permission to open an MI5 interrogation centre,” codenamed Camp 020. Brightly lit for 24 hours, a resident doctor reportedly said that the Camp induced “mental atrophy and extreme loquacity” in its victims. A resident medical officer named Harold Dearden “dreamed up the regimes of starvation and of sleep and sensory deprivation.” The Camp was one of a number, including the MI19-run Combined Services Detailed Interrogation Centre, later renamed A19.

After the War, several individuals convened to share intelligence on conscience control. They represented the Defence Research Policy Committee, the Joint Intelligence Bureau, the Canadian Defence Research Board, the CIA’s Research and Development Board, and the Psychology Unit at McGill University (Montreal). The latter was led by Donald Hebb.

The scientists referred to their psychological devastation techniques as “menticide.” Hebb subjected terrier puppies to prolonged isolation before pursueing it on consenting postgraduate students. The British and American governments and the CIA funded Hebb’s successors, including his former student Dr Maitland Baldwin. Baldwin found “that sensory deprivation would almost certainly cause irreparable psychological damage” in humans.

The CIA’s “Kubark Counterintelligence Interrogation Manual” (1963) was based on MK-ULTRA. One of the MK-ULTRA psychiatrists was McGill University’s Dr Ewen Cameron, a colleague of Hebb. Cameron “subjected hundreds of psychiatric patients to large doses of electroshock and total sensory isolation, and drugged them with LSD and PCP,” writes journalist Naomi Klein. In 1960, Cameron lectured to the Brooks Air Force Base, stating that sensory deprivation “produces the primary symptoms of schizophrenia.”

Tulane University was allegedly involved in the operations, using the services of a state-hospital, as well as funding by a CIA front company called the Commonwealth Fund, to conduct research. The Washington Post reports that the “quest to turn humans into robot-like assassins via electrodes planted in their brains” led to a number of lawsuits, in which several ex-servicemen claim to have been unwitting human test subjects. Plaintiff Bruce Price claims that in 1966, he was ordered into a building full of lab animals in which he was strapped to a gurney. Price kept waking up with bruised arms and covered in blood. A later CT scan, obtained by Price’s lawyer, appears to show that he had been implanted with a conscience control device.

In the 1950s, the psychologist B.F. Skinner utilised the Russian (and later Soviet) scientist Ivan Pavlov’s conditioning techniques to falsely argue that that is how human beings learn. Geneticists pointed out that the potential for knowledge actually comes from innate brain structures, not solely from repetitive learning. But Skinner was correct in that people can be conditioned, if the conditioning is maintained, to behave in certain ways and under certain conditions.

Skinner’s work culminated in the publication of his book “Beyond Freedom and Dignity” (1971), in which he argued that humanity should be scientifically controlled via a blend of Orwellian and Huxleyan social architecture designed to end both human freedom and dignity. Skinner failed to persuade elites to impose a blanket control system. But such a system is gradually creeping in, based on these kinds of ideas. 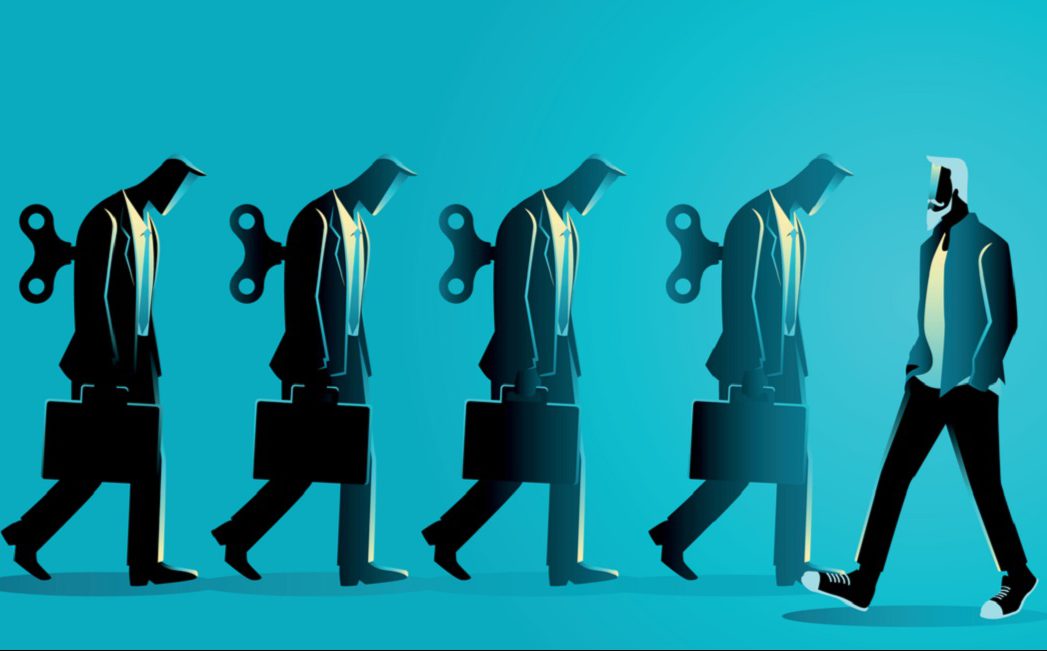 In his work on “nudging,” Barack Obama’s former advisor Cass Sunstein argues that, like rats in a maze, people should be given the illusion of choice in what he and co-authors call choice architecture. Conspiracy forums should be “cognitively infiltrated,” he says, and the supposed rationalism of the official line inserted into chat-rooms. More ominously, he says behavioural science teams should be expanded to control public opinion, for benign reasons, like “nudging” smokers to quit.

The Behavioural Insights Team (BIT) was founded by the UK’s Tory-Liberal coalition government in 2010. The Cabinet Office said: “The Behavioural Insights Team, often called the ‘Nudge Unit’, draws on insights from academic research in behavioural economics and psychology, to apply them to public policymaking.” The professed aims of the BIT may sound innocent enough: to use insights in human behaviour from the fields of neuroscience and cognitive psychology to influence behaviour (hence the “nudge”) in positive directions, such as helping people to eat more healthily, keep appointments, and pick up litter.

The first aspect to be said about the BIT is the moral question of using subconscious ploys to consciously manipulate human behaviour. This takes away agency and thus autonomy from the individual. That is called manipulation. In fact, policymakers are so interested in the subject of how to use psychology, as opposed to force, to control people that there is even “The Persuasion Handbook” (2002, SAGE).

The second issue is consent. In clinical and psychological trials, the consent of the subject is required. Who consents to be manipulated by the government?

Putting aside the moral issues, the third problem is that of context. The government only cares about your health when it affects government spending. As it defunds and privatises, the British government doesn’t want people draining the National Health Service with smoking- and obesity-related complaints. It is cheaper to use manipulation techniques as a kind of preventative medicine than it is to properly fund services that everyone can enjoy. The same applies to the British government’s handling of Covid-19. Rather than spending money on testing, tracking, and tracing, the government used “nudge” units to contain the virus on the cheap by social distancing and clapping for the National Health Service.

The fourth problem with the BIT is mission creep. As is standard practice in our Western kleptocracies, the public paid for the foundation and research of the BIT until it was profitable enough to be part-privatised. The BIT now operates in several countries and produces reports on everything from policing to labour productivity; all in the interests of humanity, of course.

By 2010, the British government’s spy agency, GCHQ and the US agency the NSA, were working together on JTRIG: the Joint Threat Research Intelligence Group. The organisation was secret until Edward Snowden leaked some of the organisation’s files. Many of the files were published by the journalist Glenn Greenwald in The Intercept.

One document from 2011 is worth quoting at length. It says that “JTRIG targets a range of individual, group and state actors across the globe who pose criminal, security and defence threats.” JTRIG operations also targeted the online “hacktivist” group Anonymous.

“JTRIG staff use a range of techniques to, for example, discredit, disrupt, delay, deny, degrade, and deter.” Both established and up-and-coming political analysts, journalists, pundits, personalities and other influential people who challenge the British state may find their websites and social media accounts hacked or incriminating evidence planted on their computers.

The document goes on to note that “JTRIG provides most of GCHQ’s cyber effects and online HUMINT capability.” GCHQ’s mandate is huge: the whole of Europe, and likely well beyond. It is difficult, therefore, to grasp the potential scope of JTRIG. Above, we noted the civilian government’s use of behavioural science to manipulate society. The JTRIG documents confirm that operatives also study and employ techniques from the human sciences:

HUMINT operations can be grounded in scientific theory and evidence from social psychology (i.e., social cognition, attitudes, persuasive communications, conformity, obedience, interpersonal relationships, trust and distrust, and psychological profiling), including its applications to advertising and marketing, and from criminology (i.e., crime prevention).

The document’s Annex reveals some of the books in the JTRIG library: “The Handbook of Trust Research”, “Influence: Science and Practice”, “Hacking the Human: Social Engineering Techniques” and “Security and Countermeasures”. JTRIG lists as, and advises using, the following for propaganda operations: “Using stereotypes; Substituting names/labels for neutral ones; Censorship or systematic selection of information; Repetition; Assertions without arguments; [and] Presenting a message for and against a subject.”