Moderna was last year’s third-best-performing stock in the S&P – now it’s this year’s worst. Moderna has launched a trial of a HIV vaccine which uses the same breakthrough mRNA technology harnessed for its covid jab. The US pharmaceutical giant has recruited 56 volunteers who do not have HIV to test its jab. The first participants were dosed up at George Washington University, officials revealed. 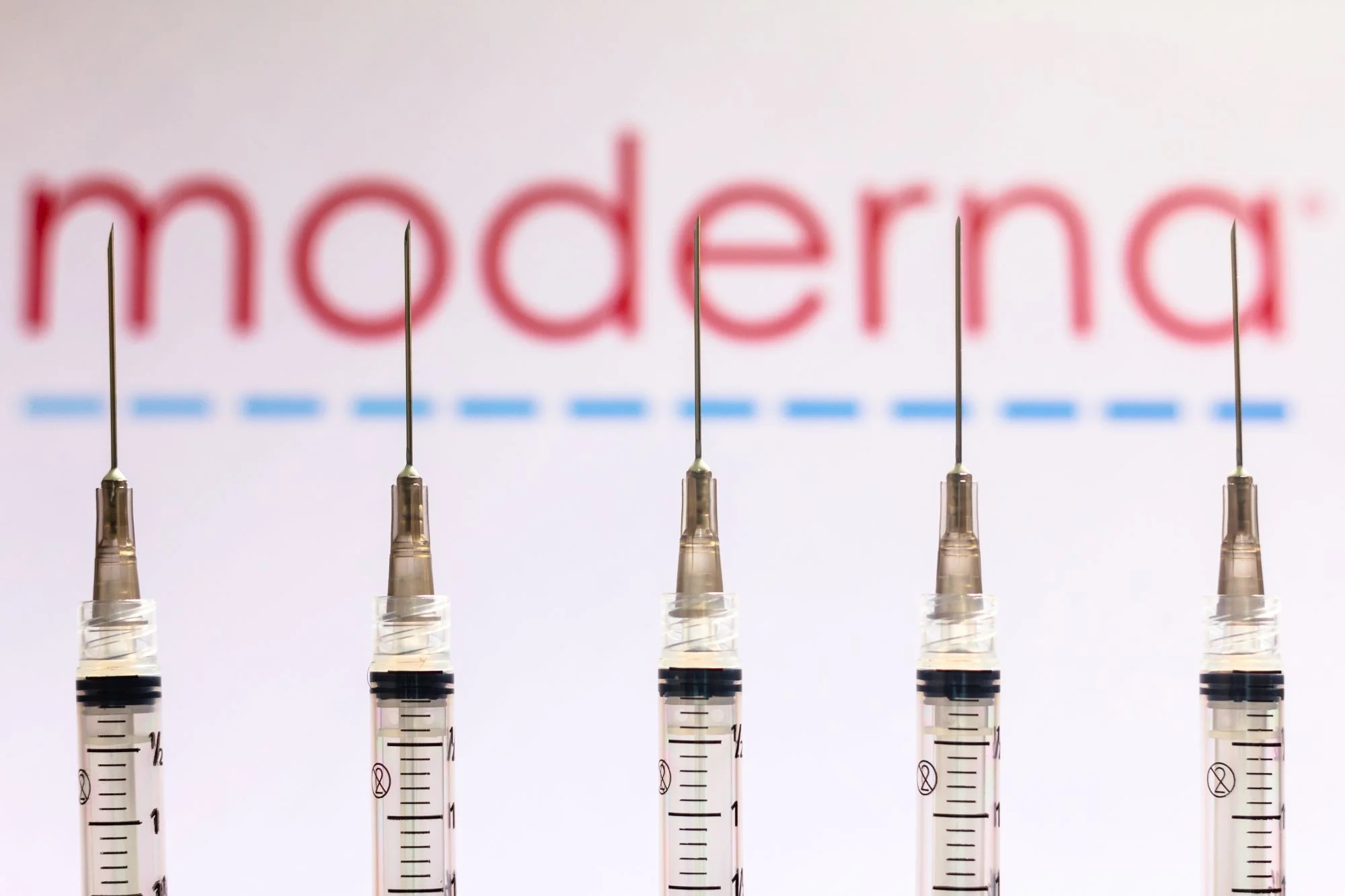 There is currently no cure for HIV, which affects approximately 100,000 Britons and 1.2million Americans. Although there are prevention drugs, they need to be taken daily. Having a one-time shot that offers lifetime protection could be a breakthrough for the disease that has claimed millions of lives.

Moderna is testing two different jabs that are expected to give instructions to the body’s cells to produce a protein that is found on the surface of HIV particles.

This should train the immune system to recognise that protein and develop neutralising antibodies that protect against a range of different HIV strains.

Comment: With the covid jabs, it’s now abundantly clear that the vaccainated were catching covid at a much greater rate than the unvaccinated, and so one wonders whether the same will be the case for these jabs. However, unlike covid, considering how systemic and terminal AIDS can be, the fall out could be many, many times worse. And that’s before considering recombination events, as noted in the final comments.

Comment: Far from it; either this professor is corrupt or he is dangerously ignorant.

‘And so the path from discussing its application for HIV to a Phase I clinical trial occurred at an accelerated pace’.

Comment: In the case of the covid jabs, this meant that the usually mandatory, and critical, parts of the trials were insufficient or skipped entirely. This is an extremely disturbing, if increasingly common, turn of events. New oral polio vaccine to BYPASS key clinical trials as vaccine caused outbreaks overtake wild polio.

‘With these new mRNA vaccines, we’re on the cutting edge of innovative vaccine strategies for HIV.’

Moderna is also developing an mRNA vaccine for seasonal flu, as well as a combined annual covid and flu booster jab.

Despite 40 years of research since HIV was first identified, a vaccine has been elusive. But scientists around the world, including at Oxford University, are trialling jabs in the hopes of preventing infection and curing the disease.

Moderna’s trial, which it is running in partnership with the International AIDS Vaccine Initiative (IAVI), will determine if its vaccine triggers neutralising antibodies. This immune response is ‘widely considered to be a goal of HIV vaccination and this is the first step in that process’, Moderna said.

Dr Mark Feinberg, head of IAVI, said the search for a HIV vaccine ‘has been long and challenging’. He added that new tools, such as Moderna’s mRNA technology ‘could be the key to making rapid progress toward an urgently needed’ jab.

Results from IAVI’s trial of one mRNA vaccine, called mRNA-1644, last year found that the jab triggered an antibody response in 97 per cent of participants.

Comment: Vaccine manufacturers had all kinds of fantastical and baseless claims about the efficacy of their covid jabs, which later turned out to be untrue, with even the pharmaceutical companies admitting that they had less than 39% efficacy, and that, contrary to previous claims, the jabs didn’t prevent spread or infections. In the end all they were able to claim was that it ‘reduced severity’, and even that claim was highly doubtful.

And lab tests have found antibodies can neutralise a broad range of HIV variants and protect against infection, Moderna said. The latest trial will test the effectiveness of this jab again and whether a booster jab, called mRNA-1644v2-Core, strengthens the immune response. 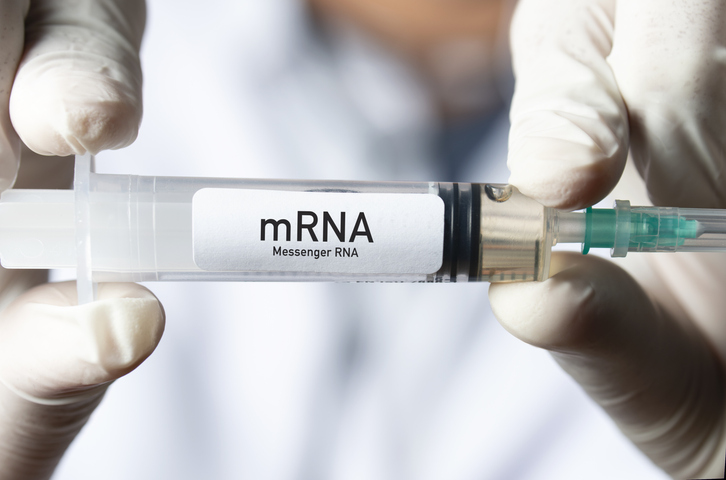 Comment: One wonders just how they will measure the efficacy of the jab since one needs be exposed to HIV in order to know whether there has been any ‘protection‘ at all. And there are people with suppressed immune systems, often due to inadequate nutrition – such as those in developing nations – or those with risky lifestyles – such as heavy drug users and sex workers – that seem to be the most susceptible. Even then the risks differ are dependent on a number of other factors such as gender, income, and so on.

How do mRNA vaccines work?

Comment: A more accurate and pressing question would be: Do mRNA vaccines work at all?

So-called mRNA vaccine technology is at the heart of this advance – the same technology that is used in the Pfizer and Moderna covid jabs. Short for messenger RNA, mRNA is found inside cells: it’s the genetic code the body uses to produce proteins, molecules that form the building blocks of new cells, hormones, enzymes and other compounds. The vaccines work by introducing man-made mRNA into the body, programmed with codes that instruct it to produce specific protein molecules. In the case of the covid vaccines, the injected mRNA tells cells to produce versions of the spike protein that covers the outside of the covid virus. This is harmless, but helps prime the body’s immune system to fight the infection, stimulating it to create antibodies that ‘recognise’ the covid spike protein.

Comment: As countries with high covid mRNA vaccine uptake shows, the jabs are far from harmless and are plagued with a litany of side effects, including increased mortality.

It means the body is ready to fight real covid viruses, should they ever aim to invade. This is a completely new way of creating vaccines.

Comment: It’s so new, untested, and unknown, that the mRNA ‘technology’ is not comparable to traditional vaccines.

Conventional vaccines work by injecting parts of a virus itself to ‘teach’ the immune system to begin producing antibodies.

Comment: To think that this ‘technology’ knows better than the body, is, some might say, akin to playing god.

The mRNA method is both a faster and more affordable means of developing vaccines, because the vaccine doesn’t require any live biological components like conventional vaccines do.

Comment: They’re actually not more ‘affordable’, because the mRNA vaccines are extremely fragile – vulnerable to age and slight changes in temperature – in most cases they don’t even work, and the harm they cause creates medical burdens on society. Already countries are declaring an increase in taxes just to pay for these endless covid jabs: UK Chancellor warns of spending cuts and tax hikes to cover multi BILLION cost of covid booster programme.

And, significantly, mRNA vaccine technology could, in theory, be used to engineer any protein the body needs to boost immunity and fight diseases such as cancer or rare genetic conditions.

HIV (human immunodeficiency virus) is a virus that damages the cells from your immune system and weakens your ability to fight everyday infections and disease.

AIDS (acquired immune deficiency syndrome) is the name used to describe a number of potentially life-threatening infections and illnesses that occur when your immune system has been severely damaged by the HIV virus. While AIDS cannot be transmitted from 1 person to another, the HIV virus can.

There’s currently no cure for HIV, but there are very effective drug treatments that enable most people with the virus to live a long and healthy life. With an early diagnosis and effective treatments, most people with HIV will not develop any AIDS-related illnesses and will live a near-normal lifespan.

Comment: It’s interesting that they have chosen to focus on this particular virus when there are already treatments out there. Note that the top 30 countries with the highest HIV infection rates are found in Africa. Moreover, when one considers the devastation that Western pharmaceutical companies have wrought with their medical experimentation in the developing world, seemingly because they’re relatively immune from prosecution, this is an extremely sinister turn of events indeed.

Finally, with these new ‘technologies’ there’s the additional concern that the bioengineered products from one jab, such as the covid jab, could recombine with that of this mRNA AIDS jab, and so, all in all, this is looking like a potentially catastrophe just waiting to occur; more so when taking into account the recent approval of a small pox vaccine and a medication.