Did you know that Napoleon Bonaparte had a mystical experience inside the Great Pyramid of Giza?

When a few of his most trusted men asked Napoleon what had occurred inside of the Pyramid, Napoleon replied: ‘Even If I told you, you would not believe me.’ 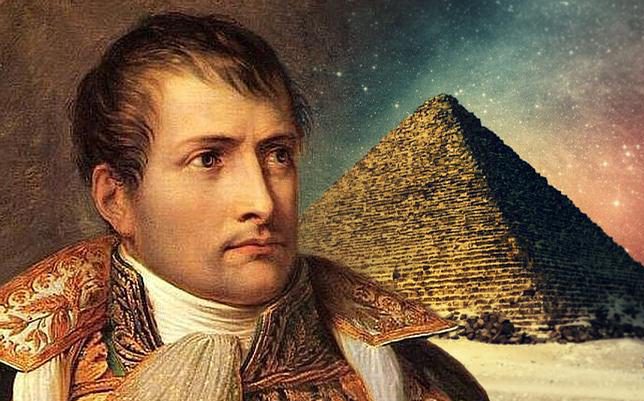 It is said that one night of August in 1799 modified the course of world history as Napoleon Bonaparte was inside the Great Pyramid of Giza, experiencing a secret that would forever influence Napoleon’s destiny.

If we look back into history, we will find out that on summer of 1798, more than thirty thousand French soldiers came to Egypt under the command of General Bonaparte. His official mission was to free the country of the Nile from three centuries of Turkish rule and, incidentally, to block the free navigation of the English with their eastern colonies.

However, the young Napoleon did something no other person had ever done: he took with him more than a hundred scholars from all disciplines to study, write down and copy all they could, from the land of the Pharaohs. Temples, tombs, mummies, tunnels, lavish treasures and the sacred pyramids opened up, revealing to the world a fascinating history.

In fact, it was Napoleon’s expedition, which was as military, as scientific, when the European continent rediscovered the lost treasures of ancient Egypt and even found a key that allowed the entire world to understand what ancient Egyptians wrote down thousands of years ago.

As one of Napoleon’s soldiers was digging a trench around the medieval fortress of Rachid, he found by chance one of the most important ancient Egyptian artifacts in history: The Rosetta stone which helped scholars finally decipher Egyptian hieroglyphics.

The Rosetta stone was written down in three versions: hieroglyphic, demotic and Greek. From the Greek writings, researchers were finally able to find an equivalence in hieroglyphics and establish a sort of code to read ancient Egyptian texts.

However, Napoleon’s campaign to Egypt also served a spiritual quest to the land that had disturbed the imagination of great characters of history before him. Like many of his contemporaries, Napoleon was attracted by the oriental exoticism and had read a very popular work by then, “The Journey to Egypt and Syria” by Constantin Volney, published in 1787 which told of numerous mysteries of the civilizations of the area.

During his campaign, Napoleon traveled to the Holy Land and confront the Turkish Army and, incidentally rest for a night in Nazareth. This trip took place on April 14 of 1799.

During the same year, in August, Napoleon returned to Cairo when he decided he would sleep inside the Great Pyramid of Giza. He was accompanied to the King’s Chamber, which at that time was difficult to access, with small and difficult passages that did not reach even a meter and a half in height, complicated beyond doubt by the lack of light which a few torches did not solve.

The King’s Chamber is located inside the Pyramid and is a rectangular room about 10 meters long and 5 meters wide formed by granite slabs, walls and smooth ceiling, completely undecorated, and only contains an empty granite sarcophagus without any marks, deposited there during construction pyramid, since it is too large to fit through the passages. 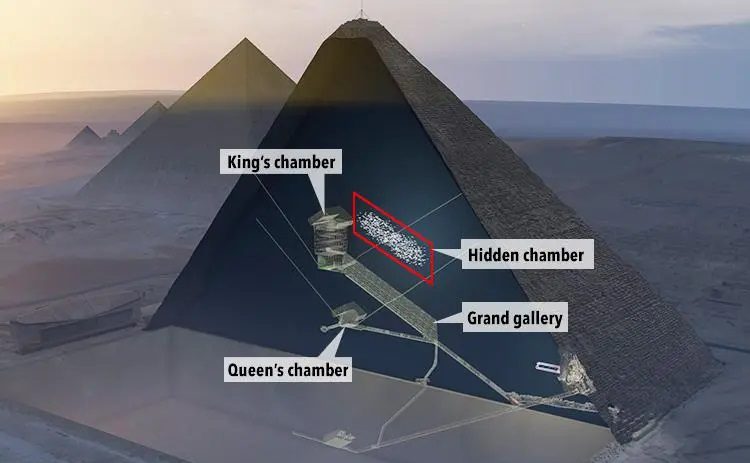 Napoleon spent around seven hours inside of the Great Pyramid and just at dawn he ‘came out of the pyramid’ pale and frightened. When a few of his most trusted men asked Napoleon what had occurred inside of the Pyramid, Napoleon replied: ‘Even If I told you, you would not believe me.’

It is believed that the night Napoleon spent inside of the Great Pyramid modified his life forever. Even though he returned to France defeated, politically speaking, Napoleon achieved great victories in the following months. He managed to end the government of the French Revolution and initiated the Consulate as Napoleon Bonaparte the leader.

Interestingly, according to Peter Tompkins in his classic Secrets of the Great Pyramid, “Bonaparte wanted to be left alone in the King’s Chamber, as Alexander the Great before him.”

Obsessed throughout his career with other key historical figures, Napoleon pursued to emulate the footsteps of Alexander the Great and Julius Caesar, who allegedly had also spent a night in the chamber alone, while searching for the greater purpose. Regrettably, whatever Napoleon experienced and saw between the walls of the King’s Chamber is a secret that he took to his grave.

Countless legends were formulated on Napoleon’s experience, including one that suggests Napoleon had some kind of vision where he saw himself as being the greatest emperor ever to live on the planet.

The great Pyramid of Giza is by itself a mystical and magical place. Experiencing a night alone inside the pyramid is an unimaginable feeling. To spend the night inside of this imposing mass of stone is for most people a completely strange idea. After some time, the simple fact of breathing has to make a terrible noise. However, as mentioned above, Napoleon Bonaparte was not the only one to dare.

In 1930, British theosophist and spiritualist Paul Brunton described strange events that ocurred during his brief stay in the King’s Chamber. He said he was “…assaulted by visions of hostile creatures and surrounded by appearances of grotesque and demonic forms…”

Interestingly, the granite blocks inside the royal chamber are a material that is able to conduct electricity. This is mostly granite has a high concentration of quartz crystals, which is proven to have piezoelectric properties; in fact, all electronic objects we know today contain quartz. The ancient builders of the pyramid knew of these properties and may have utilized them in a way we are unaware of today.

The mysterious electromagnetic properties inside the King’s Chamber was in fact proved empirically. On one occasion, one of the visitors that entered the pyramid received a small electric shock when he drank water from a metal cup.

In addition, researchers also reported that the batteries of their cameras and research equipment were exhausted unaccountably while inside the pyramid.

Could these electromagnetic anomalies explain visions and mystical experiences while inside the Pyramid? And is it possible that these anomalies are evidence that the great Pyramid of Giza is not a tomb as proposed by mainstream scholars?

Another theory that pursues to explain the “power” of the Great Pyramid, is that its geometric shape gives the structure the ability to concentrate cosmic energy, which, among other aspects, would help preserve the body of Pharaoh, deposited right in the center construction.

However, none of the three pyramids of Giza contain any mummies. This has led many researchers to propose theories suggesting that the Pyramids were not tombs but rather giant energy machines.