The human nose is not usually considered an asset. Most humans are more concerned with how our noses look than how they function, unless, that is, we’re plagued with sinus infections or have lost our sense of smell due to covid. 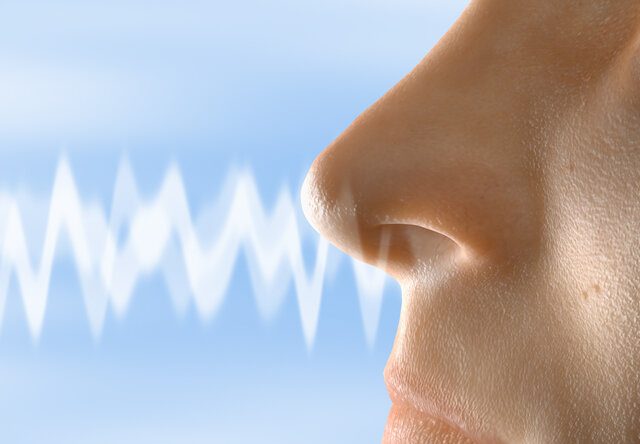 While strange dogs will enthusiastically and unabashedly sniff each other when they first meet, we humans are more restrained. We may notice someone’s twinkling eyes or firm handshake. But we usually don’t take stock of their smell.

At least not consciously.

Now a new study from a team of scientists based in Rehovot, Israel, which was published in the journal Science Advances on June 24, 2022, suggests that the human nose may be more important than we think, in terms of making friends.

These scientists—who all work at the Azrieli National Institute for Human Brain Imaging and Research—hypothesized that smells matter when it comes to human friendship. Because people seek to make friends with others who are similar to them, the scientists thought that we humans may be unconsciously attracted to people who smell similarly as well.

To test their idea, the research team recruited pairs of same-sex friends and harvested their body odor. Finding friends who both described their first encounter as a click took six months of effort, which included social-media recruitment, phone interviews, and questionnaires.

The scientists were looking for people who became friends right away. Their friendships started immediately after meeting and—though the friendships were platonic—the friends felt they had chemistry. They wanted to see if in these “click friendships,” where a strong sense of bonding happened almost instantly, there was, indeed, an olfactory component.

They eventually identified 20 pairs of same-sex nonromantic “click friends,” as they called them: 10 pairs of male friends and 10 pairs of female friends, between the ages of 22 and 39.

Then they asked the 40 participants to follow strict body odor donation protocols so the scientists could analyze their body odor.

Still, because information from an eNose may not translate into how humans perceive smell, the researchers tested their hypothesis in another, more real-world way.

They recruited 24 people to act as smellers. These smellers were given other tasks in different experiments, including smelling three dirty t-shirts (two from the “click friends” and one from an unrelated same-sex person) and smelling 40 t-shirts in a random order and being asked to describe them.

While they were sniffing away, the participants wore a nasal cannula (a device that is inserted in the nose, usually to deliver supplemental oxygen) linked to a spirometer so that the researchers could precisely measure each sniff. 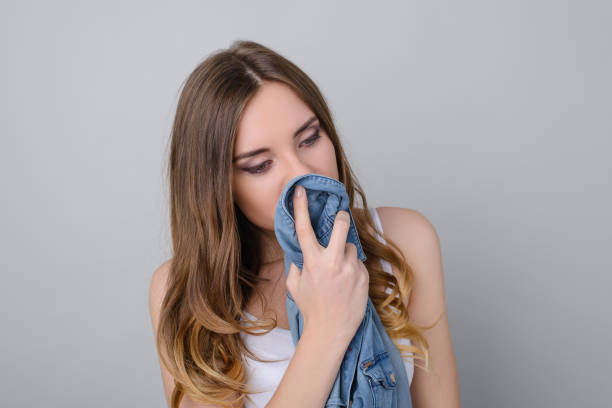 There are thousands of molecules present in body odor. Human noses and eNoses, according to the researchers, will not necessarily pick up on the same chemical cues.

Even so, both the electronic nose and the human sniffers found that the body odor of click friends was more similar than the odor of random pairs of people.

Why The Similar Smell?

After getting these results, the Israeli researchers explored the question of why “click friends” have similar body odor than people who aren’t friends. They offered three possible explanations. The similarity may be the reason for the friendship in the first place. After all, known similarities often predict friendships. People who are a similar age, have similar education, share the same religion, and even those who look similar, tend to gravitate towards each other.

For example, one interesting Canadian study, published in the journal Personal & Social Psychology Bulletin in 2018, found striking physical resemblances among people in the same group and that “similar-looking individuals are more likely to form groups with one another.”

An alternative explanation to this, however, is that the similarity in body odor may be a result of the friendship itself. People who live close together, eat together, and share beauty products may also share a similar odor.

The researchers’ final explanation for the similarity in smell was that it is due to some independent and yet unknown and unidentified factor.

To get closer to a definitive answer, the scientists did one more experiment. They recruited 17 strangers between the ages of 20 and 37 (10 women and 7 men) and collected their body odor. Next, they had the recruits play a game together without speaking to each other. After that they had to rate the quality of their interaction with the stranger, as well as whether they felt they “clicked” with their partner. This part of the study was blinded.

Interestingly, the researchers found that partners who reported clicking were significantly more chemically similar than those who did not feel they had clicked. These results lend even more credence to the idea that we are more apt to immediately click with and become friends with people who smell similarly to us.

The eponymous character in the 1897 play Cyrano de Bergerac, who is shy about his schnoz, famously says, “a great nose is the banner of a great man, a generous heart, a towering spirit, an expansive soul…”

The human nose may well be more important than previously thought. In 2017 the neuroscientist John McGann, who has a Ph.D. from Yale University and is a professor of psychology at Rutgers University in New Brunswick, New Jersey, published a review in the journal Science that details how the human sense of smell has been maligned.

McGann’s view is that our human noses are not inferior. In fact, our sense of smell is as good as other mammals’.

Humans can discriminate between 1 trillion different odors, McGann insisted. What’s more, our olfactory bulbs, which send signals to other parts of our brains, have a similar number of neurons as other mammals do.

“We can detect and discriminate an extraordinary range of odors, we are more sensitive than rodents and dogs for some odors,” McGann wrote. “We are capable of tracking odor trails; and our behavioral and affective states are influenced by our sense of smell.”

Other research has shown that female body odor during times of fertility can be highly attractive to men.

Given the growing body of scientific information that shows the importance of smell, it may be high time for us to give our noses more credit.

The power of believing in yourself. 8 insights on the psychology of self-efficacy

Digital Trails: How the FBI Is Identifying, Tracking and Rounding Up Dissidents