The release of the FISA memo makes February 2, 2018 a historic moment, namely that when the Trump administration began the purge of the Deep State


Article posted by John White on the news website Yournewswire.com, on February 3, 2018

Events like this do not happen everyday. Until not so long ago, internet campaigners only from time to time succeded to shake the foundations of the corrupt power, but the last weekes proved to be more intense than ever in this respect. The public campaign demanding the unredacted release of the FISA Court Memo, which ended in triumph, represents a victory of the American citizen activism. 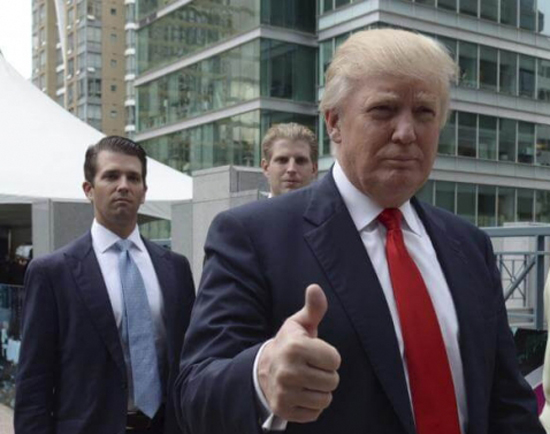 Now the memo has been released and global media is being FORCED to report its content!

This FISA court memo proves that the applications to the FISA court to surveill the Trump regime were fraudulent and bogus: and exposes those responsible. It also proves there is no basis or justification for the Mueller investigation and the man who instigated it, who chose Robert Mueller and supervises him, Rod Rosenstein, is in this dirty affair up his neck. The seriousness of all this cannot be understated now and the truth is exposed.

President Trump has known he was unlawfully surveilled since immediately after he took office, on January 20, 2017. He investigated on his own the FISA court, then the FBI, the CIA, the NSA, and saw for himself who had signed what and done what. But Trump knew he could not just bring this forward himself: it would look like the President being vengeful to his enemies. He had to get the system to work to make it possible to act on the information. So Trump kept stumm about what he knew, and let them all to lie to his face, working out who was corrupt and who was honest, and allowed Congress to set to work.

Now, in February 2018, a little over a year later, it all came right as it was necessary. Congress, backed by the American people who have stood up of the social networks, have come to Trump and laid these authenticated and unquestionable facts before him: leaving Trump no choice but to release the memo, or be guilty of obstruction of justice! Of course, that was never in question, and by releasing the memo Trump has fulfilled his responsibility. His enemies can say what they like, and they will, but the cannot say this is simply revenge from the American president: they cannot talk away the House Congressional Intelligence Committee’s findings…
And the guilt of the Deep State is laid out in full view of the people, not only the American, but the world!

An essential element that is neccesary for us to understand is the following: the memo and its information is only the tip of the spear of 1.2 million pages of documents, and that is just to document the core crime of defrauding the FISA Court to unlawfully spy on Candidate/President Elect Trump. But from that, in a pattern of fractal multiplicity, are hundreds more crimes: trying to cover up that the Deep State had lied four times to the FISA Court to get and keep Trump under surveillance! Once you start lying, you have to keep lying and the lies get bigger and bigger and bigger!

The Details of This Scrape

We are talking about the FBI (under Director Comey) and the DOJ (under Attorney General Loretta Lynch) throughout 2016.

During this time there were four applications to the FISA court that relied entirely on the information of British Spy Christopher Steele. Three of those applications were signed by Comey, and the fourth by Andrew McCabe – the same McCabe who quit in extreme hurry four days ago [on February 3, when this article was first published] when his boss, now FBI Director Wray, read the memo, and realised the extreme deep swamp the FBI is now in. Which way Wray will now jump is a matter of interest for many…

And all of this was hidden behind the FISA Court secrecy, therefore keeping away any and all public scrutiny. When the FBI should have been properly investigating the crimes of Hillary Clinton, and not giving her a free pass, instead the Federal Bureau of Investigations was conspiring to get the Clinton Campaign every scrap of info that could possibly damage Donald Trump’s campaign and stop him becoming President. They have trampled all over the impartiality of the institution they were representing, as did the characters in the Democratic National Committee (DNC), totally disgracing themselves and their attributions.

Steele’s Dossier has been exposed as a total fiction: but this dossier was paid for by the Clinton Campaign, the DNCand the FBI itself! And without it, they would have had nothing to take before the FISA Court to incriminate Trump.

In January 2017 Comey was called in to brief Trump on the dossier. At the time, he tried to convince Trump that it was serious and credible. But by June 2017, with the crumbling narrative of the dossier, under prompt sustained citizen analyst attack, Comey was forced to admit under oath that the dossier was “salacious and unverified”. And in December 2017, Andre McCabe was forced to admit that without the dossier, there would have been no surveillance warrant from the FISA Court. Both Comey and McCabe knew these facts when they signed those orders to defraud the FISA Court! 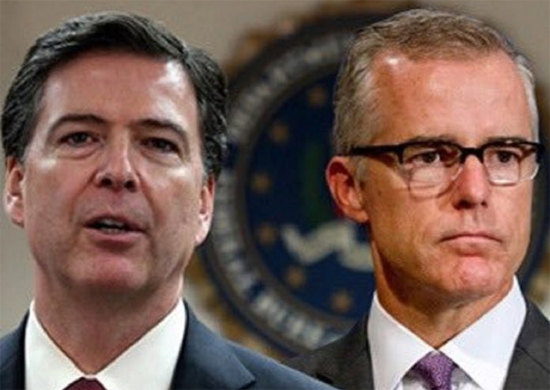 Steele’s credibility has also been sabotaged by Bruce Ohr, Associate Deputy Attorney General, who noted Steele’s rabid anti-Trump bias in FBI documents – documents the FBI did not share with the FISA Court. But was this Ohr covering his own hide? His wife, Nellie Orr, was paid by Fusion GPS company to help compile the dossier!

And we have exposed the Peter Strzok/Lisa Page texts, their bias against Trump, Strzok flapping his lips about “insurance policies” made to stop Trump if the American people elected him. Both had to be fired from Mueller’s team when their naked anti-Trump bias was exposed by the US Congress.

Beyond the United States, more ripples to the memo are now being felt and British Intelligence is feeling plenty nervous! Not only did Tony Blair brag to Trump about how GCHQ (UK Government Communications Headquarters) had bugged him on behalf of Obama, but GCHQ itself is now very nervous that their actions are internationally exposed. Its one thing for people to know what is happening “on the quiet”, that the US and the UK have mutually spied on each other for decades, but to go and publicly admit it, that’s not “in the spirit of the [dirty] game”, and people are sweating hard. Because after all, GCHQ (under who? Cameron? May? Or both?) decided it would do partisan favours to get Hillary Clinton elected.

And by doing so THE BRITISH GOVERNMENT DIRECTLY INTERFERED IN THE AMERICAN ELECTION!

Thus it’s not Putin! It’s the Conservative Party and the British Deep State!

The release of the FISA memo makes February 2, 2018 a day of history: let’s remember this day, and prepare, because the purge of the powerful and corrupt has begun. We can already foresee that at the end of 2018 America is going to be a very different country than the one which entered this year.

America now needs the support of all those who affirm freedom, democracy, and government accountable to the people, of all those around the world and who are able to understand that the fundamental transformation that this planet needs implies a global consciousness awakening and a unification of beneficial forces in unison.

Russian Doctor Claims Your Immune System Can Recover In only 15 Seconds! Here’s How!

Solutions to toxins and health problems ignored by the…

Pfizer vaccine may cause heart inflammation in people under…