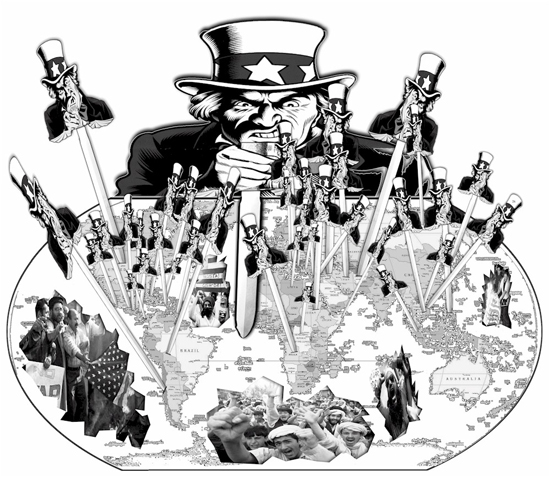 The New York Times, a thoroughly Zionist outlet, has recently decimated the New World Order ideology by admitting that the United States has a history of meddling in foreign elections. This is really interesting: “Bags of cash delivered to a Rome hotel for favored Italian candidates. Scandalous stories leaked to foreign newspapers to swing an election in Nicaragua. Millions of pamphlets, posters and stickers printed to defeat an incumbent in Serbia.
The long arm of Vladimir Putin? No, just a small sample of the United States’ history of intervention in foreign elections.”

Now, how is it possible for New World Order agents to even remotely suggest that Russia has to be attacked because they allegedly “hacked” the US election? Should other countries start bombing the US for meddling in their elections as well?
NWO agents need to pick up Kant’s Critique of Practical Reason and read it carefully because that would almost certainly save them some trouble. Somehow US politicians are shocked that Russia “hacked” the 2016 election, but not a single official is shocked that the United States has been hacking other elections since 1947.

Read carefully what Loch K. Johnson, “the ‘dean’ of American intelligence scholars, who began his career in the 1970s investigating the C.I.A. as a staff member of the Senate’s Church Committee”, says: “We’ve been doing this kind of thing since the C.I.A. was created in 1947. We’ve used posters, pamphlets, mailers, banners – you name it. We’ve planted false information in foreign newspapers. We’ve used what the British call ‘King George’s cavalry’: suitcases of cash.”

Steven L. Hall, “who retired in 2015 after 30 years at the C.I.A., where he was the chief of Russian operations,” declared that he hopes the United States “keeps doing it”!

One needn’t be an intellectual or logician to realize that the New World Order ideology simply doesn’t make sense at all for the humanity and only serves the few in the criminal elite ruling the planet from the shadows.
NWO agents need to get serious. They continue to look foolish in the political landscape, and unless they wake up from their diabolical ideology, they continue to be agents of chaos in the entire world. They continue to be not only Satanists, but also people who do not want to submit their will to practical reason and to the Godly Good.

Nonetheless, the recent events in the US show without any doubt that the members of this sinister cabal are going to be exposed, all their evil deeds will be disclosed, and they will be permanently removed from their positions of rule and control.

Curious kids: why do we see different colours when we close…