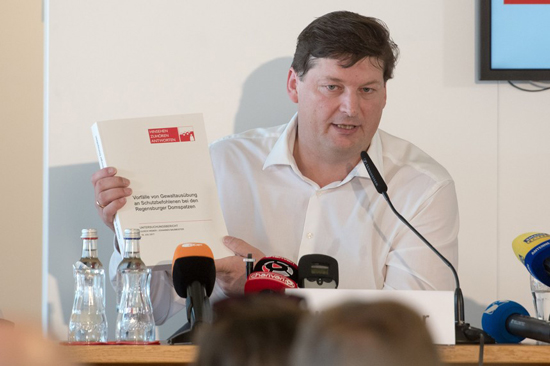 The institution, which dates back 1,000 years, first faced allegations of abuse in 2010. The report stated that the incidents took place between 1945 and 2015. Some of the boys likened the institution to “prison, hell or a concentration camp”.
Students who attempted to escape the Regensburger Domspatzen choir were, according to the report, beaten and humiliated in front of the other boys.

After the report came out, the diocese acknowledged that it had “made mistakes”:
“We all made mistakes and have learned a lot. We see today that we could have done things better and sooner”, Michael Fuchs, the vicar general of Regensburg, said.

Georg Ratzinger, the brother of the former Pope Benedict XVI, led the choir from 1964 to 1994. In 2010, Ratzinger did admit that he had hit the boys, adding that he was unaware of the severity of the disciplinary methods he employed.

The diocese’s lawyer Ulrich Weber, who was authorized to compile the report, said the institution focused on achieving musical excellence and choral success, which demanded a high degree of discipline – the basis for the violence. 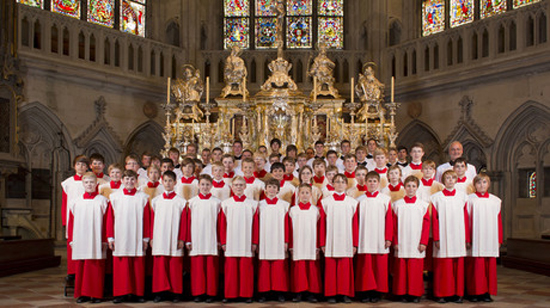 Weber added that he was somewhat “to be blamed especially for turning a blind eye and not intervening despite having knowledge” of some of the atrocities. The report did not show that Weber was aware of any sexual abuse.

Former choir boy and abuse victim, Alexander Probst, told Reuters TV: “These are not 547 cases where an individual was affected once. Rather, this was an ongoing practice over decades where 547 children were tormented, abused, mistreated and socially harmed. They are severely traumatized to this very day. This upsets me. I thought I had gotten over it after a seven-year battle but in fact this greatly upset me today.”

Some of the former pupils had likely been victims of physical and/or sexual violence: 67 of the 547 suffered sexual abuse, Weber discovered. His report fingered 49 individuals – 45 were physically violent, and nine are believed to have committed sexual violence on the boys.

“Victims described the institution as a prison, hell and a concentration camp”, Weber disclosed in a news conference. “Many of them called the time there as the worst of their lives, which was marked by violence, fear and helplessness.”