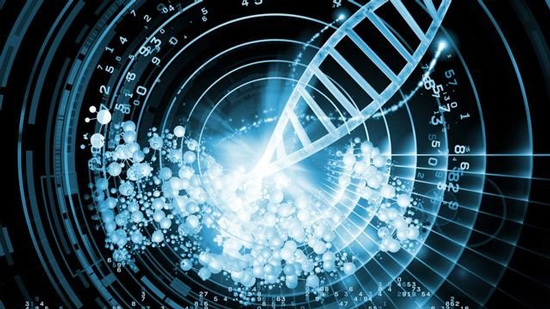 New research from Emory University School of Medicine, in Atlanta, has shown that it is possible for some information to be inherited biologically through chemical changes that occur in DNA. During the tests they learned that mice can pass on learned information about traumatic or stressful experiences – in this case a fear of the smell of cherry blossom – to subsequent generations.

According to the Telegraph, Dr Brian Dias, from the department of psychiatry at Emory University, said: “From a translational perspective, our results allow us to appreciate how the experiences of a parent, before even conceiving offspring, markedly influence both structure and function in the nervous system of subsequent generations.

Such a phenomenon may contribute to the etiology and potential intergenerational transmission of risk for neuropsychiatric disorders such as phobias, anxiety and post-traumatic stress disorder.”

This suggests that experiences are somehow transferred from the brain into the genome, allowing them to be passed on to later generations.
The researchers now hope to carry out further work to understand how the information comes to be stored on the DNA in the first place.

They also want to explore whether similar effects can be seen in the genes of humans.
Professor Marcus Pembrey, a pediatric geneticist at University College London, said the work provided “compelling evidence” for the biological transmission of memory.

He added: “It addresses constitutional fearfulness that is highly relevant to phobias, anxiety and post-traumatic stress disorders, plus the controversial subject of transmission of the ‘memory’ of ancestral experience down the generations.”
“It is high time public health researchers took human trans-generational responses seriously. I suspect we will not understand the rise in neuropsychiatric disorders or obesity, diabetes and metabolic disruptions generally without taking a multigenerational approach.”

Professor Wolf Reik, head of epigenetics at the Babraham Institute in Cambridge, said, however, further work was needed before such results could be applied to humans.

He said: “These types of results are encouraging as they suggest that trans-generational inheritance exists and is mediated by epigenetics, but more careful mechanistic study of animal models is needed before extrapolating such findings to humans.”

Is our DNA carrying also spiritual and cosmic memories passed down in genes from our ancestors?

Six natural ways to heal back problems through massage, food and HATHA YOGA