In his article, Horgan rightly points out that the so-called “science skeptics” are little more than dogmatic tribal cultists (my words, not Horgan’s) who celebrate “skeptical” thinking concerning their selected philosophical targets while vehemently denying anyone’s right to question their own beliefs on things like breast cancer screening, vaccine safety, global warming and genetically engineered foods. 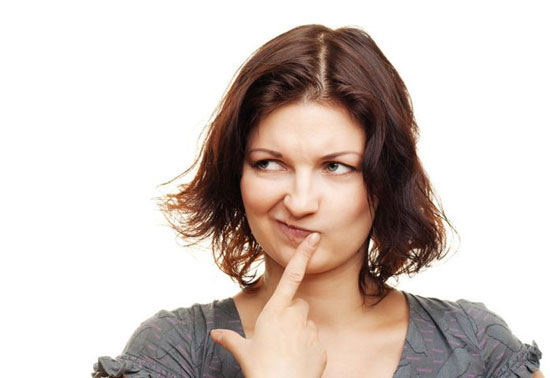 As Horgan eloquently explained in his piece, real skeptics are skeptical of everything, not just selected topics that are targeted by the madness of status quo science crowds (i.e. the “cult of scientism”).

A real skeptic, in other words, would bring critical thinking to all of our science narratives and cultural beliefs, including those that cover the origin of the universe (cosmology), the origin of the human species, the nature of consciousness, the long history of indigenous botanical medicine, the cancer industry and mammography, homeopathy, antidepressant drugs, water filters, the existence of God and everything else imaginable.

But far too many of today’s infamous ‘skeptics’ (such as Richard Dawkins) are really just cultists who labor under the false banner of ‘science.’
And they’re offensive to real critical thinkers, it turns out.

“I don’t hang out with people who self-identify as capital-S Skeptics. Or Atheists. Or Rationalists,” explained Horgan. “When people like this get together, they become tribal.

They pat each other on the back and tell each other how smart they are compared to those outside the tribe. But belonging to a tribe often makes you dumber.”

I’ve seen this myself, on both ends of the medicine spectrum. I’ve seen insanely stupid pharmacology experts swear that statin drugs are such miraculous chemicals that they should be dripped into the public water supply. But I’ve also seen ‘raw foodies’ at festivals swearing that their ‘water vortexer machines’ could levitate water in defiance of the laws of gravity.

In both cases, my critical thinking alarms go haywire, and I shake my head in disbelief that so many people are so gullible, regardless of their level of academic education or technical mastery of certain subjects.

A highly trained doctor with an IQ of 200 can be just as functionally stupid as a high school dropout, I’ve observed. In fact, when it comes to medicine and health, many so-called ‘experts’ are so ignorant of reality that they almost seem cognitively retarded.

As a food scientist and lab science director of CWC Labs where I conduct food analysis via ICP-MS, LC/MS-TOF and other instruments, I’ve become even more skeptical of the mainstream natural products industry over the last few years.

Take note of the massive scam of commercial almond milk sold in grocery stores. Such products contain almost no almonds at all. Instead, they’re thickened with carrageenan and made to look milky white by the addition of an inorganic mineral compound called calcium carbonate – ground up rocks!

This calcium carbonate, when consumed in large quantities, can cause extreme bone pain, kidney calcification and may even contribute to the calcification of arteries. Yet it’s added to a so-called ‘natural’ health product that people are drinking in huge quantities while thinking they’re being smart about their health. Truth be told, you’d be far better off drinking raw, unpasteurized cow’s milk than commercial almond milk.

I’ve also seen so much pollution in ‘natural’ products – including toxic heavy metals and alarming quantities of pesticides and herbicides in supposedly ‘clean’ products – that I’ve reached the point where my own food manufacturing operation now rejects 80% of the raw material lots we test.

Similarly, I find myself rejecting 80% of the science nonsense reported by the scientifically illiterate mainstream media… (and sometimes even the ‘science’ media).

I’ve literally seen seemingly credible reports in the mainstream media that claim the most ludicrous science nonsense, including claims that cars can be ‘powered’ by air and that cell phones can be ‘powered’ by water. The air powered cars stories always neglect to mention that the air must be pressurized by some other energy source; usually coal-generated electricity that’s used to power the compressors in the first place.

I’ve also seen the Associated Press falsely report that all mercury has been removed from all vaccines in America (blatantly false), and I’ve seen the obedient Monsanto-puppet media (i.e. Forbes.com, a propaganda rag steeped in utterly false journalism) report ridiculous claims such as asserting that glyphosate disintegrates quickly in the food supply. In truth, this cancer-causing weed killer survives food processing and human digestion, showing up in both urine and breast milk, fully intact in its original molecular form.

So why is there no skepticism among ‘skeptics’ about the food chain persistence of pesticides? The false diagnosis hoax of mammography? The lunatic quack medicine diagnosis of ‘psychiatric disorders’ that are treated with mind-bending psychiatric drugs? Or even the scientifically proven fact that some children are seriously harmed by certain vaccines, most notably HPV vaccines?

As Horgan wrote in Scientific American:
“The Science Delusion is common among Capital-S Skeptics. You don’t apply your skepticism equally. You are extremely critical of belief in God, ghosts, heaven, ESP, astrology, homeopathy and Bigfoot. You also attack disbelief in global warming, vaccines and genetically modified food…

Meanwhile, you neglect what I call hard targets. These are dubious and even harmful claims promoted by major scientists and institutions. In the rest of this talk, I’ll give you examples of hard targets from physics, medicine and biology. I’ll wrap up with a rant about war, the hardest target of all.” 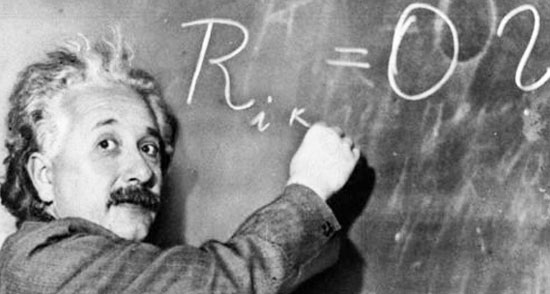 What Horgan is doing is, dare we say, exercising REAL scientific skepticism. He’s refusing to sign up for the ‘cult of scientism’ that all the other closed-minded skeptics obediently follow as their dogmatic mental prison.

Horgan understands that legitimate science is a process, not a belief system. ‘Science’ isn’t belief in vaccines, GMOs, chemotherapy and global warming. Those are conclusions, not processes.

Real science is a process of discovery; and that process must be subjected to questioning and criticism, or it isn’t science at all.

Let me repeat that for emphasis: Real science is a PROCESS, not a set of conclusions. Any ‘scientific’ belief system which rejects critical questioning isn’t based in real science at all. It’s just dogma.

This explains why the entire vaccine industry – as it is fraudulently promoted today – isn’t scientific at all.

Vaccine propaganda is founded in a dogmatic belief system that demands absolute obedience to political vaccine narratives while rejecting even the slightest questions or criticisms about vaccine ingredients, vaccine safety, vaccine adverse events or vaccine efficacy.

For example, merely asking the question of why flu shots still contain over 50,000 ppb mercury – that’s over 25,000 times the EPA limit of mercury in drinking water – earns you widespread ridicule and condemnation. And yet the mercury is still being injected into children. Yet the entire vaccine propaganda establishment rejects even the hint of discussion of mercury in vaccines, pretending it doesn’t exist.

By the way, how do I know for sure that flu shots still contain over 50,000 ppb mercury? Because I tested flu shots myself via ICP-MS. How accuracy is my testing via ICP-MS? My lab was recently awarded a certificate of excellence for producing extremely accurate results in a blind water contamination proficiency test involving 323 laboratories.

The vaccine establishment, as Natural News readers well know, is practicing delusional thinking masquerading as science. It’s just as delusional as so-called ‘psychic surgeons’ who claim to pull diseased liver parts out of a patient’s body (which later turn out to be chicken livers, go figure…).

Any real skeptic, upon observing the quackery, propaganda and blatant deception of the vaccine industry, would have to conclude that the way vaccines are formulated, approved and promoted today makes a mockery of science.

More ‘Science’ nonsense is Readily Found in the Fields of Physics and Medicine, Too 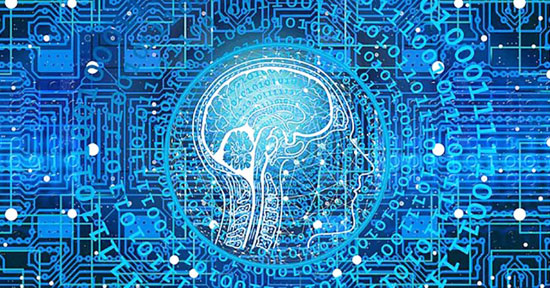 Speaking on the subject of computing and AI systems, Horgan explained:
“The Singularity is an apocalyptic cult, with science substituted for God. When high-status scientists promote flaky ideas like the Singularity and multiverse, they hurt science. They undermine its credibility on issues like global warming.”

Of course, Horgan may not yet understand that belief in man-made global warming as the primary cause for rising CO2 levels is also based on a politicized science cult. But that’s not even the point. I don’t expect other scientists to arrive at the same conclusions I’ve reached.

What I do expect, however, is that scientists should honor the process of critical scientific thinking. If they honor the process, they will eventually reach the correct conclusions on subjects such as man-made global warming, vaccine safety problems, the total con job of statin drugs and so on.

On medicine, Horgan nails it. He gets the fact that today’s medical screening system is largely a fraud:
“Over the past half-century, physicians and hospitals have introduced increasingly sophisticated, expensive tests. They assure us that early detection of disease will lead to better health.

But tests often do more harm than good. For every woman whose life is extended because a mammogram detected a tumor, up to 33 receive unnecessary treatment, including biopsies, surgery, radiation and chemotherapy. For men diagnosed with prostate cancer after a PSA test, the ratio is 47 to one. Similar data are emerging on colonoscopies and other tests.”

He’s also right on the mark when it comes to psychiatric drugs and their fraudulent marketing:
“Over the last few decades, American psychiatry has morphed into a marketing branch of Big Pharma. I started critiquing medications for mental illness more than 20 years ago, pointing out that antidepressants like Prozac are scarcely more effective than placebos.

In retrospect, my criticism was too mild. Psychiatric drugs help some people in the short term, but over time, in the aggregate, they make people sicker.

He also exposes the total fraud of so-called ‘gene discoveries’ that ridiculously claim genes have been discovered for things like gay-ness or intelligence.

Another hard target that needs your attention is behavioral genetics, which seeks the genes that make us tick. I call it gene-whiz science, because the media and the public love it.

Over the past several decades, geneticists have announced the discovery of ‘genes for’ virtually every trait or disorder. We’ve had the God gene, gay gene, alcoholism gene, warrior gene, liberal gene, intelligence gene, schizophrenia gene, and on and on. None of these linkages of single genes to complex traits or disorders has been confirmed. None!”