The question of whether life exists outside the Earth has been around for some time. But a recent study has posed a different question – whether extraterrestrial beings have been observing our planet before without us knowing. In an effort to answer this question, scientists have discovered 29 planets where extraterrestrials could be watching Earth by eavesdropping on radio and television transmissions. 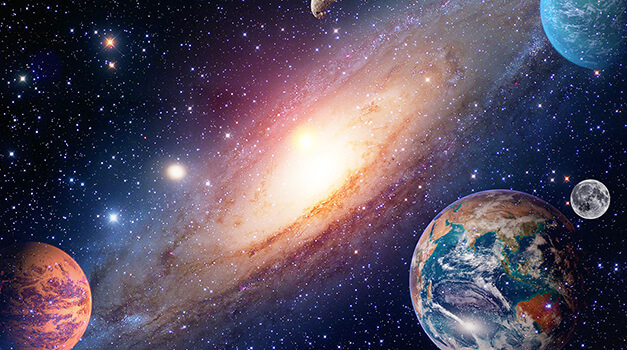 Astronomers identified nearby 1,715 star systems where extraterrestrial observers could have discovered the Earth by watching it “transit” or pass by across the face of the Sun. Of these star systems, they found 46 with planets close enough to pick up broadcast transmissions coming from the Earth. From the 46, the researchers estimated that there were 29 potentially habitable planets that were well-positioned to witness an Earth transit – and pick up radio and TV signals.

Cornell University astronomy professor Lisa Kaltenegger and American Museum of Natural History astrophysicist Jackie Faherty authored the paper – which was published June 23 in Nature. They turned to the European Space Agency‘s Gaia catalog of star positions and motions to find out any star systems well-positioned to observe the Earth’s transit across the sun. “One way we find planets is if they block out part of the light from their host star,” said Kaltenegger. “We asked: ‘Who would we be the aliens for if somebody else was looking?’ There is this tiny sliver in the sky where other star systems have a cosmic front seat to find Earth as a transiting planet.”

Kaltenegger and Faherty found a number of notable planets perfect for extraterrestrial life to observe Earth. One star they found, the red dwarf Ross 128 in the Virgo constellation, was positioned close enough to receive broadcasts from Earth at about 11 light-years away. It also had a planet nearly twice the size of Earth, with any suitably equipped life there managing to observe the Earth’s transit for more than 2,000 years. However, this planet lost the vantage point for viewing Earth 900 years ago.

Another star called Trappist-1 was also positioned close enough for aliens to tune in to human broadcasts at 45 light-years away. It hosted at least seven planets – with four in the temperate, habitable zone. But the two researchers noted that the four planets in Trappist-1 will not be in a position to witness an Earth transit for another 1,642 years.

Extraterrestrials have also made their presence known here

Kaltenegger and Faherty came amid renewed interest in alien life and unidentified flying objects (UFOs). Once dismissed as a conspiracy theory, a number of U.S. military officers have acknowledged sightings of UFOs near military bases and nuclear installations.

Some saw extraterrestrial beings deactivate nuclear technology, a CBS News report said. Erstwhile Air Force Capt. Robert Salas said back in 1967, 10 Minuteman nuclear missiles under his purview were suddenly set to the “no-go” position. At the same time, security personnel at the Malmstrom Air Force Base in Montana where Salas was stationed told him of a “mysterious red glowing object” in the sky.

Another military officer shared how missiles needed to be reactivated following UFO visits. Retired Air Force nuclear missile targeting officer Robert Jamison said he had to go out and restart missiles rendered inoperable after UFOs appeared near them.

Furthermore, retired Air Force Col. Charles Halt shared that back in December 1980, three patrolmen investigated strange lights in a forest in England. The soldiers reported approaching a triangular spacecraft “approximately three meters on a side,” with a “dark metallic appearance” and “strange markings.” Halt added: “They were observing it for a period of time, and then it very quickly and silently vanished at high speed.”

Two nights after the UFO’s initial appearance, Halt’s superior at the RAF Bentwaters military base said the craft had returned. Halt found indentations in the ground, broken branches and low-level background radiation when he and his team investigated. They also witnessed various lights moving silently in the sky alongside the disturbances on the ground.