Why this matters in brief:
Conscience controlled DNA nanobots, next generation medicine delivery and glowing cockroaches, what’s not to like… It sounds like science fiction but it isn’t and one day it will usher in a new era in medicine. 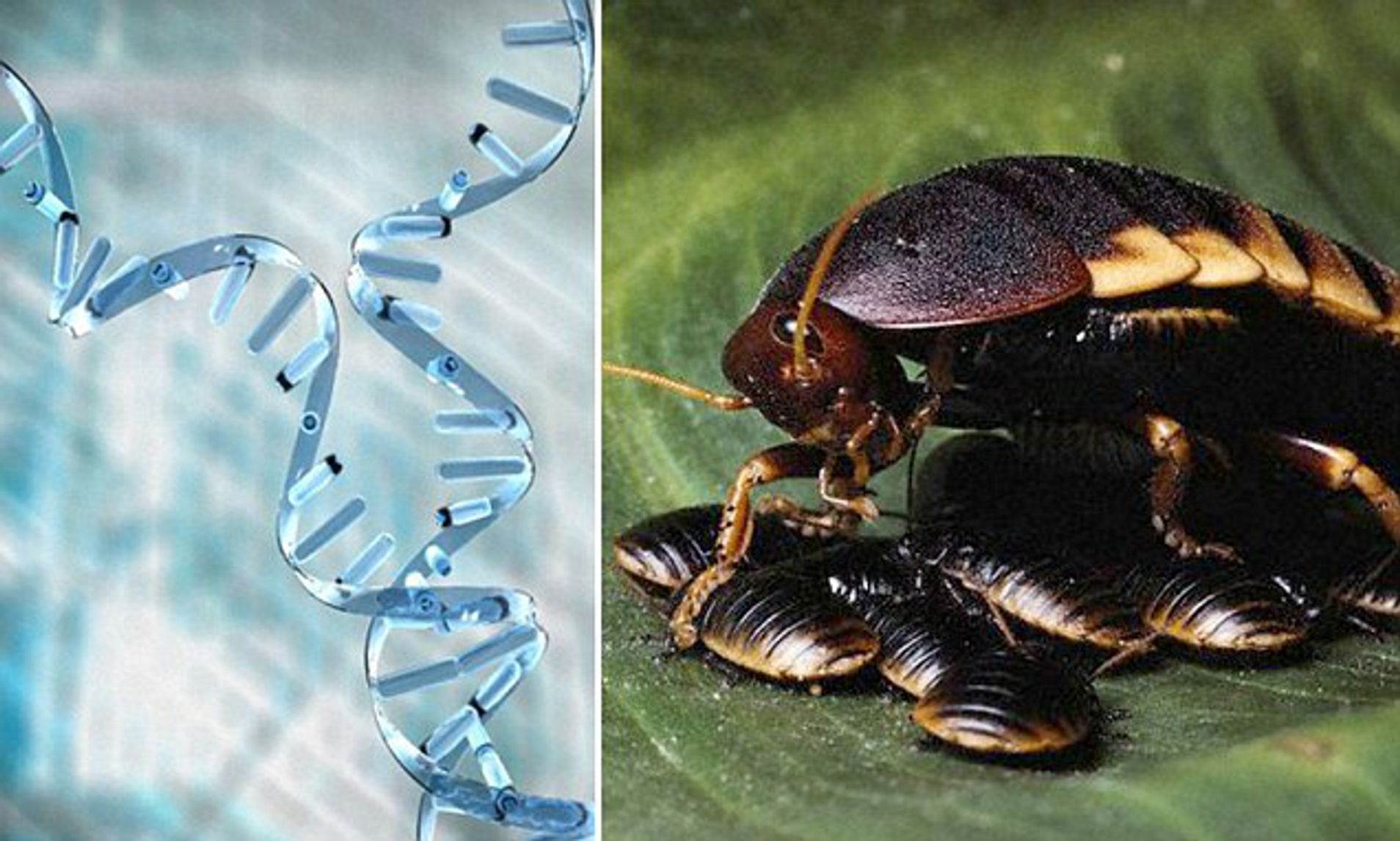 A team of Israeli scientists have developed a product that uses a person’s brain waves to remotely control DNA based nanobots – while the bots were inside a living cockroach. When prompted by a human thought, the clam shell like robots opened up and released a drug-like molecule that modified the physiology of the cockroach’s cells making them fluoresce.

Though merely a demonstration and proof of concept the technology represents a new era of brain-nanomachine interfaces that can link a person’s conscience state to “bioactive payloads” and future techniques that build upon this prototype could be helpful in the treatment of schizophrenia, depression or other mental disorders – because the drugs in question only activate when a patient’s brain waves show signs of abnormality.

Hacking a cockroach’s – or eventually a humans – bodily functions with just your thoughts is a staggering concept to get your head around in the first place but the scientists developed their technology with another goal in mind – to solve a thorny problem in drug delivery.

Getting drugs to go where you want when you want is extremely difficult, especially for drugs that work inside the brain. When we pop a neuroactive pill, for example Adderall or Ritalin for ADHD, the active ingredients circulate throughout the entire body. Some immediately get destroyed by the liver, lowering efficacy, others rampage through the bloodstream, often causing side effects.

Scientists have tried to work around this by encapsulating drugs in different pill coatings or gels to delay release but even these systems aren’t completely controllable since there’s no way to shut them off once the coating peels away.

A few years ago, a team of Harvard scientists led by Dr. George Church came up with an exotic solution that they referred to as “DNA origami nanorobots”. Shaped like clam shells, these nanoscale-robots are made from strands of synthetic DNA molecules that encapsulate the drug payload until it’s time for delivery. Unlike controlled release pills thoug the drug is physically tethered to the shell so it’s never physically free to roam the body. Instead, the payload only works when the shell is open – clamp it shut, and you immediately block off the drug.

The opening of the nanobot is controlled by two locks, each one a special strand of DNA called an Aptamer that binds to a target molecule – a receptor on the surface of cancer cells, for example. When the aptamer locks onto the target, the clamshell unzips, delivering the payload.

“These nanorobots are the first system that approaches real arbitrary control of therapeutic molecules,” wrote the Israeli team in the paper. But they require us to find specific molecular targets – present in diseased but not normal states – for the robot to bind to. That’s already hard for cancer and for mental disorders, it’s nearly impossible. For the DNA nanorobots to work in those conditions, we need other modes of control.

That got the team thinking. Since mental disorders are often accompanied by telltale signs of abnormal brain activity that can be picked up by EEG, what if we use brain waves to control DNA nanobots and drug release?

To test their idea, the team rigged a simple, proof of concept system that can be further optimized for actual therapeutic use. First, they trained an algorithm to distinguish between the EEG patterns of people at rest or performing vigorous mental arithmetic. They then linked a fluorescent molecule – the drug payload – to their DNA robots, tagged them with iron nanoparticles, and injected the bots into the bellies of live cockroaches that were placed inside electromagnetic coils. The iron nanoparticles are key – like the aptamers were previously, they act as locks controlling the DNA robot.

A human wearing an EEG cap sat next to the system, and when prompted, either mentally relaxed or solved math problems. The brain waves were decoded in real time and used to modify the state of the electromagnetic coil, powering it on during calculations. The shift in the electromagnetic field heated the iron nanoparticles, which in turn unlocked the clamshell, exposing the fluorescent molecule.

Within 18 seconds after field activation, the scientists detected fluorescence in the cockroach, confirming that the rig had worked as planned. What’s more, when the human controller mentally relaxed, the DNA clamshell gates closed and the fluorescence disappeared, suggesting that the robots where still physically intact and had successfully deactivated. “These findings demonstrate a successful interface between the test subject and the DNA robots inside the living animals,” concluded the authors.

The authors believe that future designs of their technology could be used to automatically trigger drug release in humans when required. The algorithm can be trained to track brain states that underlie ADHD or schizophrenia or otherwise be modified to suit your needs, explained study author Sachar Arnon. For example, if EEG detects signs of a burgeoning depressive episode, it could trigger DNA robots to expose anti-depressants briefly to counteract symptoms before they become full blown. This way, the brain isn’t perpetually bathed in conscience altering drugs even when they’re not needed.

It’s a futuristic idea, and lots of aspects still need to be ironed out. “There is the challenge of taking it into the real world,” says study author Dr. Doron Friedman.

“Although there is some trend towards wearable technologies, it is still very difficult to measure high quality (EEG) signals from people in everyday life,” explains Friedman. For the system to work as planned, the team envisions a hearing aid like EEG device that continuously and inconspicuously monitors brain activity. When abnormalities occur, it triggers a wearable – for example, a smartwatch, glasses or jewellry – to create the electromagnetic fields required to expose the drug.

But even decoding brain activity is hard, admits Friedman. At the moment, we can find some differences in EEG between patients with mental disorders and controls in the lab, he says. However, having a reliable neuromarker that works in real time is a different problem, and one that we’re actively working on, he says. Nevertheless, the team is optimistic their invention can go quite far. “We’ve just scratched the surface,” says Arnon.

In this study, the team used brain activity as the trigger signal. However, other parameters should be equally effective at controlling DNA bots, and these data are becoming increasingly accessible. For example, heart monitoring applications are already available for mobile devices, and some are working on gadgets that track blood sugar and other bodily parameters.

A similar contraption could help us self mediate when needed. With a thought, we could trigger patrolling DNA robots to release melatonin to sooth those sleepless nights or caffeine to perk us up. We could even get ourselves to the perfect level of drunk. “Imagine if you could deliver the exact amount of alcohol that you wanted to keep you in a happy state but not drunk. Kind of stupid, but this could occur,” says Arnon.

Then there’s the issue of security – what counter measures need to be in place to prevent other people’s thoughts from controlling our physiology? “It seems we still have a lot of work to do,” says Friedman. But take note, we may have just glimpsed the beginning of a conscience-over-body world.

Study: Even people with mild covid-19 may develop lifelong natural immunity to the coronavirus