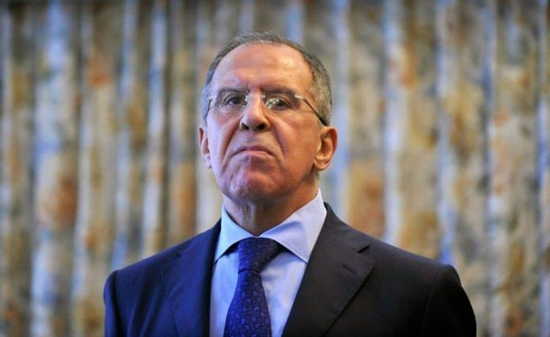 Russian Foreign Minister Sergei Lavrov is known for being quite frank. He was recently asked: “What happened to the American partners?” He responded that “mass psychosis has swept them clean of any rationality”.

Lavrov and obviously Russian officials are having a good laugh over fraudulent reports which come out almost every month perpetuating that Russia is responsible for virtually every bad forecast that happens in the United States or Britain. When asked about the so-called Kremlin Report, Lavrov was again to the point: “To tell you the truth, I don’t care about the situation around the Kremlin Report or any other goings-on in Washington that are associated with the so-called Russia Dossier. The report and the lists you have mentioned are simply ridiculous. They could be compiled within 30 minutes.

I agree with the former US Ambassador to Moscow, Michael McFaul, who has said that his research assistant could have done it in less than an hour, copying the names from the Russian Government and the Presidential Executive Office phone books, as well as from the Forbes magazine.

When it all began, I had a very bad feeling. I couldn’t believe my eyes and ears, considering that I am personally acquainted with many officials from the Washington administration and the Congress. They are serious, smart and reasonable people. Therefore, I was shocked to see this mass psychosis sweeping them clean of rationality. But as this trend continued, and it has been for over a year now, I gradually lost any interest in it.”

Lavrov moved on to flesh out a consistent policy just in case the US chooses to militarily provoke Russia. The question again was: “Is it possible that they are provoking us into responding? How should we react?”
Lavrov responded: “I believe they would be glad to see a situation in which Russia will take some nervous or dramatic measures. But our policies, formulated by the President, aren’t based on such improvisation or impromptu actions.

We have a consistent line which we advance regardless of the global landscape. Some people would certainly like to provoke us into taking actions that would allow them to increase the sanctions pressure on us and to take other coercive measures. Although, they continue to increase pressure on us, which is another reason for wondering about the abilities of those who continue to mindlessly buildup the sanctions.

I believe that those who know at least something about international affairs, or life, for that matter, should have long seen that no sanctions will force us to change our policy. We are always ready to discuss our partners’ questions regarding their legitimate interests. But as Americans say, it takes two to tango, which is also applicable to negotiations. It takes two to negotiate.”

Finally, Lavrov dropped the “atomic bomb”: he told us all why New World Order agents have hated Russia for so long: “In the 2000s, Russia started to mostly rely on its traditions, on its place in history, started to realize that our people felt this history inside them, were proud of it, willing to live and build the country based on its history, it was shocking for those who were trammeled by illusions about lawlessness toward Russia. And I guess they still can’t get it together after that shock.

When they realized that their attempts to hold us on a leash failed, all the current attacks and interference started. It started with the Magnitsky Act, when nobody wanted to figure out what had really happened, and an absolutely inadequate reaction to what happened with Edward Snowden when Obama canceled his visit to Moscow. More sanctions followed.

Then Ukraine was another pretext to put even more pressure on us. And now it’s the interference in the elections. Not a single fact or evidence for speculations was found during the year-long investigation. It’s impossible. If there were any facts, they’d have leaked long ago. I know how this system works in the US. It leaks immediately when such an amount of people are involved in the hearings, the investigation and so on.”

The plot thickens. Here again Lavrov has proved himself to be a political realist. The questions are simply these: will New World Order agents start being serious? Will they at least understand Russia’s position and respond rationally? Will they begin to present serious evidence for their incessant and spurious allegations? Or will they continue to tread on a path that leads to moral and political chaos and destruction? The choice is theirs.