A new study published in the journal Current Biology suggests that sharks use the Earth’s magnetic field to find their way in the sea. Researchers led by biologist Bryan Keller reported this after exposing bonnethead sharks to different magnetic conditions. 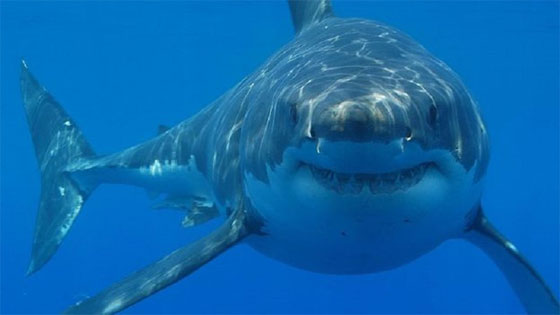 In one test, the bonnetheads were tricked into thinking that they were located south of their home. In response, the sharks positioned themselves in a northerly direction, suggesting that they used the artificial magnetic field to orient themselves homeward.

“It had been unresolved how sharks managed to successfully navigate during migration to targeted locations,” said Keller, who is a researcher at the Florida State University Coastal and Marine Laboratory. “This research supports the theory that they use the Earth’s magnetic field to help them find their way; it’s nature’s GPS.”

Studying sharks for the ability to use magnetic fields for navigation

Past studies showed that sharks are sensitive to electromagnetic fields, leading scientists to speculate that sharks use magnetic fields to navigate the ocean. But testing this proved challenging since these fierce marine animals are difficult to study.

To that end, Keller and his colleagues captured 20 juvenile bonnetheads to determine whether these sharks rely on the Earth’s magnetic field for navigation. Bonnetheads were perfect for the study because they are a small species from the hammerhead family that travel thousands of miles and then return to the same estuaries every year.

Using lumber, copper wire and a pair of adjustable electric power supplies, the researchers created a ten-foot-wide cube that could generate magnetic fields with variable poles and intensity. This allowed the researchers to simulate the geomagnetic conditions in three different locations on Earth. These were the place they were caught, a location roughly 370 miles north of the capture site and a location 370 miles south of the same site.

As the researchers predicted, when the bonnetheads were exposed to magnetic fields that matched those in their capture site, they did not appear to exhibit a preference for one particular direction.

“To orient towards home, these sharks must have some kind of a magnetic map sense,” Keller explained. “If I put you in the middle of nowhere you couldn’t point toward your house unless you knew where you were in relation to it, and that’s a map sense.”

The researchers suggested that the ability to sense magnetic fields, which is called magnetoreception, might also contribute to genetic variation in bonnethead populations in the Gulf of Mexico and Florida’s Atlantic Coast. In particular, they found that populations that are most genetically different from one another tend to reside in areas with very different magnetic signatures.

The study could also provide insights into how certain shark species achieve impressive navigation feats. For example, a great white shark was documented in 2005 to have swam more than 12,400 miles from South Africa to Australia and back again in under nine months. This trip was the farthest and fastest any shark was recorded to have traveled. “It really is amazing,” Keller said of the shark’s achievement. “In a world where people use GPS to navigate almost everywhere, this ability is truly remarkable.”

For future studies, the biologist plans to investigate the impact of artificial magnetic fields from man-made sources such as submarine cables on sharks. He is also interested in examining whether sharks rely on magnetic cues to guide their everyday behavior.

Undeniable links between the Oxford/AstraZeneca, covid-19 vaccine and the British Eugenics Society