Anacardium occidentale, commonly known as cashew, is a small tree that originated in South America. It is now widely cultivated in tropical countries and is one of the most commonly grown nut crops in the world. 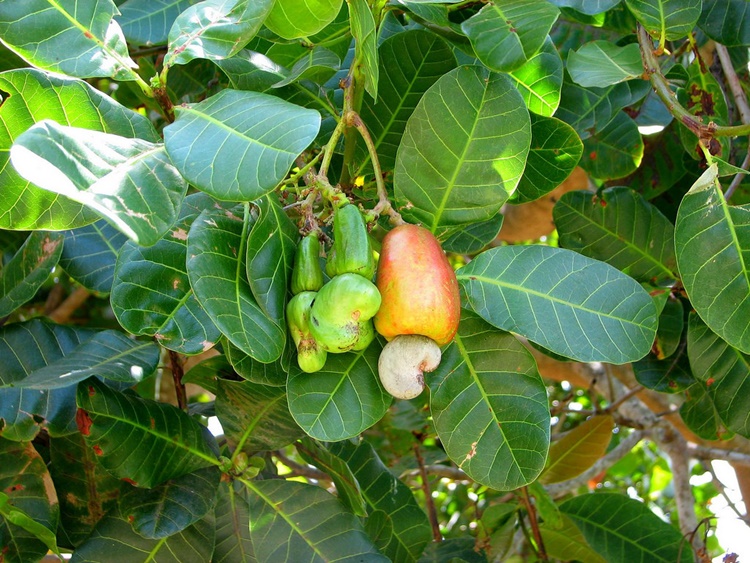 The different parts of the cashew plant can be used for a wide variety of purposes. Its leaves, fruits, seeds and shoots not only have culinary uses but also medicinal uses. In fact, these and other parts of cashew (e.g., the bark, sap, gum and roots) are traditionally used to treat various ailments in many countries, such as India and other parts of Africa.

In a recent study, researchers from Nigeria investigated the phytochemical components of cashew and evaluated their anti-inflammatory and anti-asthma properties. They did so by assessing the effects of cashew leaf extracts on histamine-induced paw edema and bronchoconstriction in guinea pigs. The researchers reported their findings in an article published in the Journal of Integrative Medicine.

Cashew leaves have long been used for the treatment of inflammation and asthma, a condition characterized by the narrowing and inflammation of the airways (bronchoconstriction). When accompanied by the excessive production of mucus, bronchoconstriction can make breathing difficult and cause coughing, wheezing and shortness of breath.

Despite its established medicinal uses, the bioactive components responsible for cashew’s beneficial properties have not been characterized. To address this, the researchers prepared extracts from cashew leaves using ethanol as solvent. They used gas chromatography and mass spectrometry to identify the active components present in the extracts and their solvent-soluble portions.

To isolate and characterize these active components, the researchers used column chromatography and Fourier transform infrared spectroscopy, respectively. They then examined the anti-inflammatory effect of the cashew extracts by measuring the increase in paw diameter and calculating the percent edema inhibition in rats with histamine-induced paw edema.

The researchers found that the cashew extracts and their hexane-, ethyl acetate- and chloroform-soluble portions exhibited significant bronchodilatory and anti-inflammatory activities. They identified oleamide (9-octadecenamide) as the most abundant compound in the cashew extracts. Oleamide showed higher bronchodilatory (32.97%) and anti-inflammatory activities (98.41%) than the extracts and their solvent-soluble portions.

Based on these findings, the researchers concluded that thanks to the bronchodilatory and anti-inflammatory activities of oleamide, cashew leaves can be used for the management of bronchoconstriction and inflammation in asthma patients.

Other medicinal uses of cashew

Although best-known for its edible seeds – what people know as cashew nuts – cashew has a lot of medicinal uses. In west Africa, cashew leaves are used to treat malaria and reduce fever. In India, they are known to relieve toothaches and gum problems.

Meanwhile, the bark of the cashew tree is used as an astringent, rubefacient (a substance that lessens skin redness) and vesicant (a substance that causes blister formation). In Ayurvedic medicine, it is used to detoxify snake bites. Cashew bark is also used to lower blood sugar levels. Infusions made with cashew bark and leaves are said to be effective for toothaches and sore gums, while cashew leaf and bark extracts are used as natural remedies for diarrhea.

The cashew fruit has astringent and diuretic effects and can be used to prevent scurvy. Cashew syrup is also great for coughs and colds. Cashew juice, on the other hand, is used to treat syphilis, cholera and other kidney-related problems. The fresh juice inside its seed’s shell is also good for removing warts and treating ringworm, leprosy and corns.

Cashew sap is considered a contraceptive. Cashew gum can kill parasitic worms and kill bacteria as well as fungi. An infusion made from cashew root is also reported to be an excellent purgative.

Plants like cashew are reservoirs of active plant compounds that possess medicinal properties. Thanks to the presence of oleamide in cashew leaves, they can be used for the treatment of asthma-related bronchoconstriction and damaging inflammation.