A type of fiber called pectin can protect plants from soil aluminum, according to a recent study led by researchers from the University of Tsukuba in Japan. Published in the journal Frontiers in Plant Science, the study showed that pectin works as a barrier against aluminum. 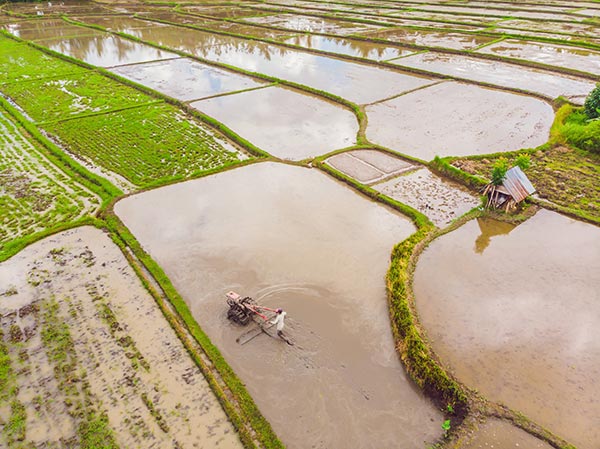 Aluminum is the most abundant metal on Earth and the third most abundant element in the Earth’s crust. It is ubiquitous and available during the life cycle of plants. However, despite its abundance, aluminum is not considered an essential element and has no specific biological function with regard to plant growth.

Aluminum is normally found in soil in the form of a mineral. But in acidic soil, aluminum becomes soluble and the amount of aluminum in the soil increases. In plants and soil organisms, aluminum can either have a beneficial or a toxic effect depending on factors like aluminum concentration and plant species.

To shed light on the matter, the researchers focused on Oryza sativa, a species of rice widely cultivated in Asia. They also used a mutant strain of O. sativa called ‘Sensitive To Aluminum Rhizotoxicity 1’ (STAR1).

As its name indicates, STAR1 is sensitive to soil aluminum. Its root tips grow poorly when aluminum is present in the soil. The researchers used STAR1 to examine how rice plant cells respond to aluminum. They also focused on pectin, a type of soluble fiber that helps plant cells maintain their structure.

The researchers looked at the pectin at the root tips of the STAR1 plant, where aluminum was thought to enter. They found that the plant had significantly lower levels of pectin than wild rice, which grows naturally in shallow freshwater marshes and along the shores of streams and lakes.

The researchers believed that the pectin in the root border cells of the wild rice plant worked as a major protective barrier against aluminum. The same protective effect was not observed in the STAR1 plant, possibly due to the fact that the plant’s root tips had very low levels of pectin.

Overall, these findings suggest that aluminum accumulation in rice plants is reduced by the distribution of pectin in the plants’ root cell walls. The findings also suggest that pectin in root cell walls may play a vital role in regulating the quantity of aluminum taken up by plants, as well as the distribution of the mineral inside the plants. These “pectin-related barriers” may reduce aluminum toxicity in plants, the researchers concluded.

Other benefits of pectin

Pectin isn’t just beneficial for plants. It’s beneficial for humans, too. Pectin is a type of soluble fiber composed of simple sugars. It occurs naturally in a variety of fruits, particularly citrus fruits, apples and cherries. It can also be found in some vegetables and nuts.

Pectin is thought to confer several health benefits, such as:

New LED “smart” streetlights aren’t just streetlights! They are weapons packed with so much technology… it can only mean the unthinkable!