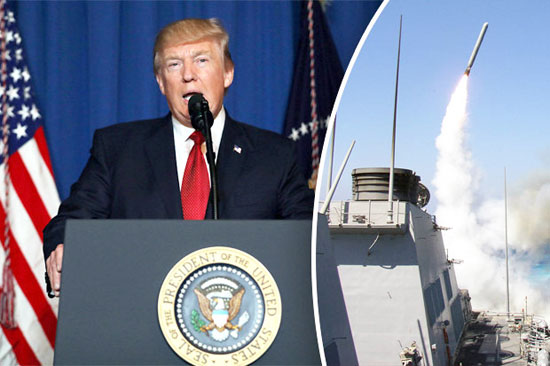 Trump’s recent conversion into a warmongering neo-con, policing the world with his cruise missiles, MOABs, carrier fleets, and boots on the ground remind me of Apocalypse Now, one of my favorite movies about imperialism and madness. Francis Ford Coppola’s brilliant movie was a modern day updating of Joseph Conrad’s classic novel Heart of Darkness.

Both the movie and the novel address the evil nature of imperialism, the brutality inflicted on innocent people in the name of spreading democracy, and ultimately driving good men to madness as they attempt to rationalize their allegiance to an imperialist empire bent on profit through the committing atrocities in the name of progress.

Rational moral men cannot carry out the orders of sociopathic politicians and generals without ultimately losing their minds.

King Leopold of Belgium formed “The Company” to strip the Congo of its natural resources while enslaving and killing millions from 1880 until 1900. The leaders of imperialist nations practice hypocrisy on a grand scale. While they justify their imperialism with rhetoric about democracy, fighting evil, and doing God’s work, reality is the opposite of the propaganda peddled by the imperialist emperors of evil.

The Kurtz character in the novel and the movie is a brilliant man, selected by his imperial masters for great things and a future at the top of the “Company” food chain.

While the men running the show at the top describe their invasion and subjugation of foreign peoples as a benevolent project of civilization, people like Kurtz, who are tasked with the dirty work of suppression and extermination through the use of violence and intimidation, are driven mad in the process.

The young men who do the fighting and killing on the front lines of this so called War on Terror must eventually come to realize they are waging war on behalf of evil men who have lied to them and the American public.

Assenting to obvious mistruths and propaganda is essentially co-operating with and enabling evil. When citizens fail to hold their leaders accountable for blatant lies, false narratives, and despicable propaganda storylines, they become evil themselves.

They lie to themselves in order to go along with the crowd and appear normal. By remaining silent as the State operates without constraints, a humiliated populace loses its will to resist evil deeds done in their name.

A society of impotent, passive, normalcy bias racked people is easy to control and manipulate. Appearing normal in a world gone mad is not a sign of true normalcy, but a sign of madness and abnormalcy.

“The real hopeless victims of mental illness are to be found among those who appear to be most normal. Many of them are normal because they are so well adjusted to our mode of existence, because their human voice has been silenced so early in their lives, that they do not even struggle or suffer or develop symptoms as the neurotic does.

They are normal not in what may be called the absolute sense of the word; they are normal only in relation to a profoundly abnormal society. Their perfect adjustment to that abnormal society is a measure of their mental sickness. These millions of abnormally normal people, living without fuss in a society to which, if they were fully human beings, they ought not to be adjusted.” – Aldous Huxley, Brave New World Revisited

If Huxley considered American society to be inhabited by millions of abnormally normal people in the 1950’s, I can only imagine what he would think of our deviant, irrational, utterly mad civilization today.

In this profoundly abnormal society my views are considered absurd and the ravings of a chicken little. How could I question $1 trillion annual budget deficits? How could I point out the unsustainability of a system with $20 trillion of debt and $200 trillion of unfunded entitlement liabilities?

How could I be outraged by a private bank controlling our currency, debasing its purchasing power by 96% over 104 years, and working on behalf of Wall Street rather than Main Street?

How could I question spending $1 trillion per year on military adventurism and policing the world when we are already $20 trillion in debt? Is it too much to ask if we send men to die for a cause, that the cause not be false?

“To die for an idea; it is unquestionably noble. But how much nobler it would be if men died for ideas that were true!” – H.L. Mencken

How could I not trust my government to run our healthcare system after seeing how well they run the Veterans Administration, Medicare and Social Security?
Why would I not believe politicians of both parties who have lied to me for decades and are completely in the pockets of wealthy special interests?

Why shouldn’t I support mega-corporations who have shipped millions of American jobs to foreign slave labor camps, while utilizing lobbyists to game our purposely complex tax system?

It’s crazy talk for me to point out how Wall Street bankers committed the largest control fraud in world history and were rewarded with a $700 billion taxpayer bailout, free money from the Fed, larger market shares, record bonuses, no prosecutions, and now control of the White House from the inside.

How could I possibly support “traitors” like Snowden and Assange for revealing the contempt for the Constitution displayed by our government keepers as they illegally conduct surveillance operations against every citizen in the nation? Am I mad for asking these questions? 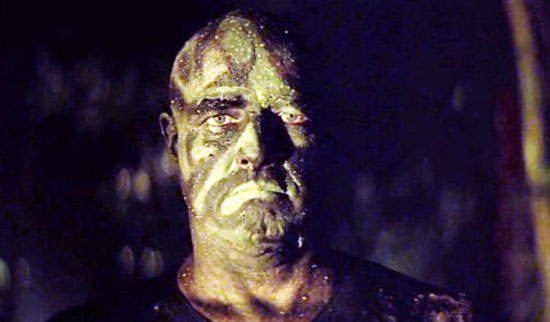 As the empire grows in power, degenerates morally, becomes more corrupt, and develops an overwhelming level of arrogance and hubris, decline and fall are inevitable. Madness and imperialism go hand in hand. Absolute power with no fear of reprisal from citizens or a free press, combined with man’s fundamental fallibility, lead to uncontrolled dangerous decision making.

We are witnessing the perilous effects of imperial hubris as Trump and his arrogant advisors provoke conflict in multiple hotspots across the globe with nuclear armed nations. Imperialists are always sure their malevolent machinations will end in victory. They never consider the potential unintended consequences of their actions, like global war, nuclear annihilation, millions of casualties, or the fall of their empire.

The same arrogance displayed by central bankers, government apparatchiks, crooked politicians, and Wall Street shysters as the 2008 financial catastrophe approached is being displayed today by Trump, his surveillance state cronies, and the neo-cons now running the show in the White House.

They believe their “brilliant” strategy, tactics, and propaganda campaign will surely result in success, as their opponents/victims are weaker and not as skilled in diplomatic manipulation and military aptitude.

The Deep State players, who now seem to have gained control over Trump, have no sense of morality, no shame in their blatant hypocrisy, no hesitation in sending men to their deaths based on a fabricated cause, no compunction in lying to the American public, and no guilt while shredding the U.S. Constitution. The object of power is power to these traitorous men.

Many Americans viewed the presidential election as a choice between the lesser of two evils, or the least bad choice.

As Trump has broken promises, filled his cabinet with Goldman Sachs cronies, failed to drain the swamp, proven ineffective in legislating, and has now been captured by the neo-con warmongers, the best argument for his presidency has been “at least he’s not Clinton.” That is true.

The Supreme Court won’t go further left, taxes won’t go up, the EPA won’t regulate industries out of existence, illegal immigration will be reduced and ridiculous social justice bullshit won’t be pushed down our throats by the Feds.

But let’s face the facts. This is nothing but tinkering around the edges of a bloated government bureaucracy, controlled by powerful men in smoke filled rooms, who have absolutely no interest in changing anything that would impact their financial interests in a negative way. They are doing everything in their power to keep the status quo in place.

The American Empire has been waging war virtually non-stop since the creation of the Creature from Jekyll Island (aka Federal Reserve) in 1913. After World War II, as the size of the empire grew to heights never seen in world history, the level of hypocrisy, propaganda, maliciousness, immorality, and hubris has grown exponentially.

The madness of the men running this colonial empire is concealed through the moral ambiguity and faux patriotism utilized to confuse and mislead a willfully ignorant populace who long ago relinquished their citizenship responsibilities to men they have never seen and never voted for.

How can we judge the actions of these men to be evil when all societal moral standards and social values have been abandoned? Is there such a thing as insanity in a world that has already gone insane?

The American Empire is slithering along the edge of a straight razor. Only real judgement enforced by alarmed critical thinking armed citizens can defeat the Deep State at this point.

“If I had ten divisions of those men, our troubles here would be over very quickly. You have to have men who are moral (…) and at the same time who are able to utilize their primordial instincts to kill without feeling (…) without passion, without judgment! Because it’s judgment that defeats us.” – Kurtz, Apocalypse Now