Some alt-media editors have been saying for a while that the Covid War has felt like a planetary malefic alien abduction scenario and a video by John Bowne shows that they are not alone having this thought. 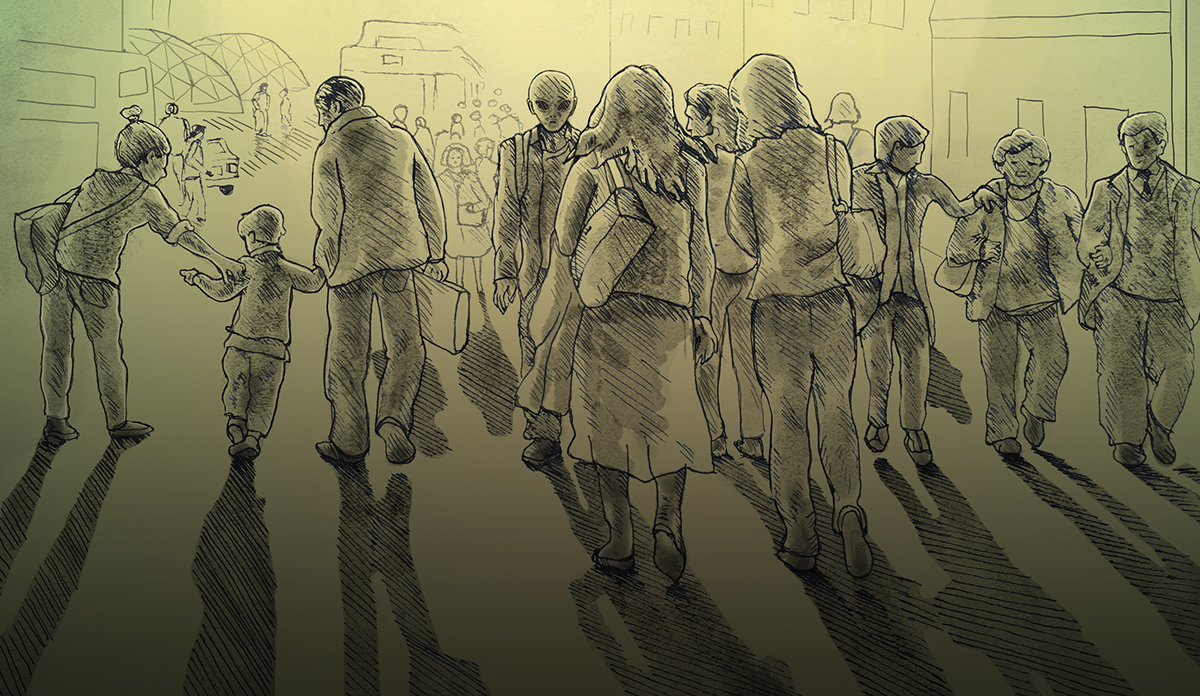 Bowne’s video contains clips from interviews with Temple University history professor, David Jacobs, PhD and British author, Timothy Goode, who both report that malefic aliens are not only abducting humans and creating alien hybrids but are using conscience control to integrate themselves into Earth’s civilization and government, in preparation for their imminent planetary takeover.

Dr. Jacobs is the foremost authority on the topic of a global malefic alien hybridization project and how it’s being carried out. In his 2015 book, Walking Among Us: The Alien Plan to Control Humanity, which is based on three decades of research, studying over 1,150 abduction events experienced by 150 people, he estimated that the malefic alien hybridization program involves at least tens of millions of human beings, globally.

Dr. Jacobs was led to the conclusion that a malefic alien-controlled program to create alien-human hybrids had reached a new stage of completion: the integration of human-looking “hubrids” into human society.

He says hubrids are designed to look average and to not stand out in a crowd. Their function is to infiltrate, “blend in” and to live among us. The main difference between them and us is that they can control our psyche, with the ability to put thoughts and images in our conscience.

New nano materials are currently being introduced into the environment and into the food supply – and of course, in the vaxxines. The self-assembling graphene oxide nano circuitry observed in the vaxx vials appears to relate to the creation of MAC addresses for humans within the Internet of Bodies.

Meanwhile, the World Economic Forum and Elon Musk promote various neuralnanorobotics prototypes of “Brain Net”, the Human Brain/Cloud Interface, some using neural-interfacing remote-controlled nano swarms of bio-penetrable materials that are able to integrate themselves through a variety of membranes to have read-and-write capabilities on brain function.

Nanorobots aerosolized to place minimal-sized electrodes in a network within a brain with minimal intervention could wirelessly transmit encoded information to and from a cloud-based supercomputer network for real-time brain state monitoring and data extraction. Data transfer between living human brains and the cloud would require the use of D-Wave quantum computers and Artificial Intelligence. Patents for such technologies already exist.

Neuralnanorobotics are being developed to enable instantaneous real-time interface between the human brain and both biological and non-biological computing systems, providing implantees with instant access to the world’s knowledge and Artificial Intelligence.

If this isn’t the “hive mind” of the Greys, then what is?

Are humans being changed, through the Covid vaxxine, chemtrails and graphene-dosed food into prototypes of Earth-based Greys?

Is this what a malefic alien invasion looks like?

The many benefits of starting a culinary/medicinal plants garden

Moderna vaccine patented 9 months before pandemic, thanks to the Fauci-Baric’ manmade SARS viruses

Police officer encounters reptilian beings: ‘the government knows all about them’