The Mechanism of Prayer 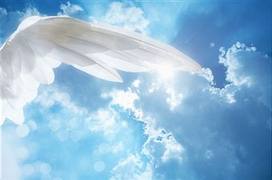 There exists numerous categories of intelligent entities in relationship with man in the invisible, although he is not conscious of them most of the time. Some of them are immense spiritual powers, while others are very poorly developed and endowed with inferior consciousness. This occult side of nature is known by all religions.

The whole world is full of living beings that are invisible to the physical eyes. These invisible worlds  penetrate the visible world, so there are a multitude of these intelligent entities permanently around us. Some of these beings are influenced by our prayers and others are ready to obey our will.

Christianity accepts the existence of superior intelligent beings and calls them angels. These angels are spirits in the service of God. Other beings that occupy the invisible spaces are those created by man, because the vibrations of his thoughts and desires determine and sustain forms of subtle matter.

The thought-forms unite with ”elementals” from nature and exist as long as their creator feeds them. It is important to remember that any ”thinking” is ”creating” on all planes, including the physical plane. It is called a thought-form when it manifests on the astral or mental planes. Thoughts can harm or hinder people, according to whether they are true or false, positive or negative. We can definitely create an illness in our physical body only by thinking of it persistently. Therefore it is very important to control our thoughts and to accept only those that are positive, full of love, altruism, health and joy. According to the principle of resonance,  thoughts of a certain vibration will attract further thoughts of a similar vibration and their corresponding energies.

Referring to the beings who populate invisible spaces, man thus creates an army of invisible servants who traverse the invisible worlds that endeavour to do his will.

When a person says a Prayer of the ”A” category, it can be fulfilled in many ways. The one who expects material goods from God will ask for their daily bread as naturally as the child who asks his mother or father. A typical example of such a prayer is given by a well known philanthropist, George Muller from Bristol, who had no money nor friends at the beginning of his charitable work. He prayed to obtain the necessary food for the orphan children who depended on him for their existence, and he always received the necessary amount. Muller’s prayer was a vivid and energetic wish, which created a thought-form that had a single focus: “help is needed, bread is needed” – and it sought this while crossing the subtle worlds. 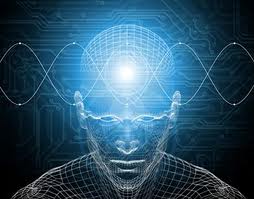 There are always charitable persons that want to assist people in need, and they seek such situations. Such a person is the wish-form, as what the magnet is for iron – he attracts it. The wish-form brings identical vibrations to his mind; he will seek a way to fulfill his charitable intentions, and will sign a cheque and post it. For George Muller, God is the One who puts the idea of giving and helping into the heart of the donator. This explanation is correct if we understand the profound meanings of words. Thus according to divine law,
there is no life nor energy that does not originate from God; but the intermediary agent was the wish-form created by prayer.
A similar result can be obtained through a methodical effort of will, without any prayer. It is necessary though to throughly know the mechanism and the way to apply it. The law of affirmation must also be known – prayer is based on it too. According to this law, when a thing is affirmed, it is being formed in the invisible. From this moment it exists and will attract to it everything that is necessary in order to manifest in the visible plane. This law is also presented by Jesus when He says: “When you pray, believe that you have already obtained everything you ask and you will see it come true”.

Sometimes it can happen though, that some prayers remain unanswered. The explanation lies in the fact that every man gets debts in life that he must pay. His negative thoughts, wishes and actions have formed obstacles and sometimes trap him within the walls of a self-made prison. A debt made by an evil action is paid for by suffering:  man has to face the consequences for the harm he causes. For instance, a man may deserve to die of hunger because of his evil actions. No prayer, then, will ever be able to modify his fate. The wish-form, as a prayer thus created will search for an answer, but it will not find one. It will only meet the harm from the past, which rejects it.

Analysing Prayers in the ”B” category, we understand that those prayers that ask for assistance in moral and intellectual difficulties have a double result. First, they act by granting the desired help, and they also re-act directly upon the person who is praying. They attract the attention of angels and disciples who, working outside physical bodies, are continuously looking for opportunities to offer help to those who request it. Advice, encouragement,  and light are then communicated to the cerebral consciousness and the prayer is fulfilled in the most direct way. “And falling down his knees, he prayed… And an angel, descending from Heaven came to give him support” (Luke XXII, 41- 43). These prayers also receive a ”subjective” answer: it is the reaction of the prayer upon the one who utters it. Through the act of praying, his heart and mind become receptive. This pacifies man”s inferior nature, at the same time allowing the force and the light to descend upon him in waves, without encountering any obstacles.

When the prayer asks for spiritual light and growth, the exterior and interior assistance are more powerful. All helpers, whether they are angels or humans working outside their physical bodies, absolutely favour spiritual progress. They note all the occasions when souls aspire to be granted light and truth. Furthermore, these aspirations stimulate the manifestation of energies of a superior power, because an ardent spiritual desire requires an answer that emanates from the Spirit plane. 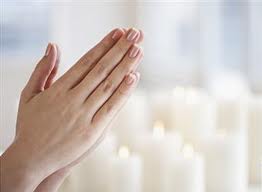 The highest prayers of the ”B” category  inevitably and almost unnoticeably lead to the ones in the ”C” category. Here, the prayer loses its character of request; it becomes either meditation on God or adoration. The prayer becomes contemplation. To illustrate this, once an old villager sat alone on the last bench of an empty church. Being asked what was he waiting for, he answered: “I look at Him and He looks at me…”

Regarding prayer in the apocryphal work, “The Urantia Book”, Jesus said: “Prayer is entirely a personal and spontaneous expression of the attitude towards the spirit; prayer should be the communion of sons with their spiritual Father and the expression of fraternity. When it is dictated by the spirit, prayer leads to cooperative spiritual progress”.

The ideal prayer is a form of spiritual communion, which leads to intelligent adoration. True prayer is the sincere attitude of a impetus towards Heaven in order to reach our ideals.

Prayer is the breathing of the soul and it should help us persevere in our attempts to better know the Father’s will.

Men should pray continuously and never give up. “Your persistence is not aimed to gain God’s favour, but to change your earthly behaviour and also to develop your soul’s ability to receive the spirit. But when you pray, your faith is weak. True faith would move mountains of material obstacles that can block the path of the soul’s expansion and spiritual progress.”(Urantia)

Jesus was especially against prayer in public. He taught his 12 apostles to always pray in privacy, preferably in the tranquil scenery of nature or in their own room and to close the doors when they go to say their prayers – in other words, to penetrate deep down in their being while they detach from the world.

Jesus also gave these recommendations, according to the same apocryphal work: 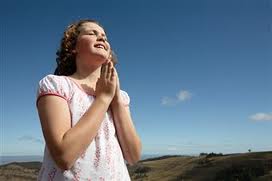 “When you repeat a request fervently, when this prayer is the sincere expression of a child of God and it is expressed with faith, regardless of how least susceptible it is to receive a direct answer and regardless of how reckless it might seem, it will never cease in increasing the soul’s spiritual receptivity”.

“As you can compare prayer with the charging of the spiritual batteries of the soul, you can also compare adoration with the synchronization of the soul to receive the universal telecommunications of the infinite spirit of the Universal Father. Prayer is the sincere gaze that is full of aspiration, of a child towards his spiritual Father”.

“It is possible that prayers for spiritual help and light will only receive an answer later, when the one who said the prayer has reached the necessary level of consciousness. When you consecrate to your Heavenly Father’s will, all your requests will be fulfilled, because your prayers will be in accordance with His will.”

“Avoid the danger of becoming egocentric in your prayers. Avoid praying too much for yourselves, pray more for the spiritual progress of your brothers, of your fellow man, but especially of those who hate and persecute you.”

Jesus taught that in the order of  importance, the prayer to know the Father’s will comes first.

When the apostle Thomas asked how was it possible to know the degree of spiritual evolution, Jesus answered: “You can’t observe the spirit acting freely in your thinking, but there is a practical method to discover the degree in which you have abandoned the control of your psychic powers to the orders of the inner spirit that comes from the Father, it is the degree of your love for your fellow man; this spirit of the Father participates in the Father’s love and when it dominates you, it leads you infallibly towards the divine adoration and the affectionate consideration for your neighbour.”

Asana, Resonance, Energy of the Universe

11 simple practices to supercharge the power & effectiveness of your prayers

Invocation against Intoxication: Researchers Find Evidence That Prayer Can Stop…

Where Can We Pray?