The true source of love in a couple 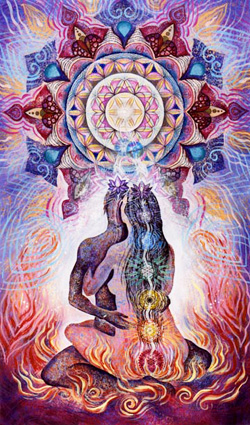 One of the greatest thinkers of the modern era, Emanuel Swedenborg, looked upon angels not only religiously, but also from a human perspective. In his book entitled “Love in Marriage” Swedenborg reveals some truths about love, seen as the universal principle, about the correspondence between the visible and the invisible world, the relationship between angels and human beings, as well as extending the love relationship after one’s death.

We offer below some excerpts from this special book:

“Those who believe that after death, man is nothing but a simple soul will hardly understand the charming couple unions because, in their opinion, the vital breath of man can’t transform into a spirit and can’t indulge in the bonds of love and pleasure. The truth is that the man remains a man even after leaving the physical body, he/ she keeps the sexuality, and love survives after the death of the body; in heaven  the bonds of love are rekindled, if while on earth, man didn’t tried to loosen or break them.

As far as I know, as far as I learnt and have seen, I am able to say with conviction that, after leaving the physical plane, the man continues to exist in a subtle body similar in form to the one recently lost only difference is that this new form is entirely pleasant and perfect. As about feelings of gentleness and delight which man retains after death, this comparison does not fit, for love, this supreme good, close to the purity of its Principle, is no longer the same in heavens as its withered, distorted and perverted reflection that is usually manifested in an embodied being, where devastating storm of passions are distorting it.

It’s good to know that in heavens the beings live and love without being constrained: they have complete freedom to change the pair, and the fruits of their love are not and can only be the fruit of wisdom; this is the first difference between Heaven of the holly ones and the abysses which are clogged with the wicked. Love is a given of the soul and therefore love accompanies the soul; no matter in which realm may be, the soul always proves the need to love, because love is a constituent part of the supreme principle of its essence.

Both during life and after death, the man has two facets: the outer man and the inner man. Hence the ease with which man recognizes him and the pleasure with which they found themselves. As the outward man is always subordinate to the inner man, he only needs the feelings, the impressions and the emotions of his soul to be able to focus and get to identify with the subject of love with which eventually forms a single will and a single desire.

The essence of the Divinity is nothing but wisdom and love 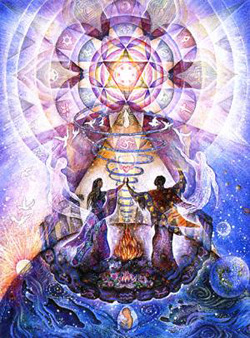 The perfect bonds between love in a couple, Good and Truth prove the principle and origin of love. In the divine order of Creation, the correlation between love and the other two principles determine the nature of relationships between them. Since it is not possible to have something good that is not true, as it is not possible for something true to exist that would not be good, we must conclude that the union of all beings is perfection and so, it is actually their happiness.

We worship the mystery of the great Creator of nature, who conceiving the two sexes and thus distinguishing between the creatures, willed to bring all within the unity, making this unity the center of all His treasures and benefactions. Thus, the love for the other sex is implanted in the human heart like a precious seed, latched within the matter, so, fertilized by the couple relationship, love prepares the union that will bring us happiness one day. The essence of the Divinity is nothing but wisdom and love. Love and wisdom, these two main principles are in all the work of His hands, from the angels to the last mite.

Through a kind of uninterrupted emanation, by joining and uniting these three principles, we are born with the desire to unite, we live our lives aiming this unity and through a stratagem that is the privilege of our human condition which doesn’t supports nothingness, even beyond the grave we desire to meet again with the object of our love with which we were united during our earthly life.

To make these truths clearer and easier to be understood, I will tell you the vision I had.
One morning, when the dawn was chasing away the darkness of a peaceful night, I saw four angels descending from the clouds, sent to speak with the wise men of the world about the source of love in couple, about its charms and power. I still didn’t recovered from my astonishment when I saw all the nations of Europe’ representatives gathered around a shrine. On the altar it was a palm branch and a sort of crown adorned with precious stones, both intended to be the award for the one which will come closest to the Truth

The source of love is always in our spirit 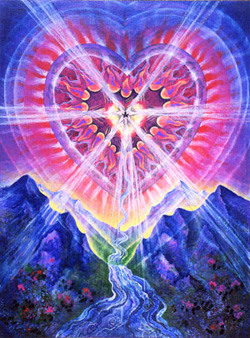 Some felt that the Truth lies in the need to maintain order or to care for the education of children, others hoped to find it in the sound mind of the one who providing his future state of senility would entrust himself to a devoted wife, a true relief in the old age.

Others, finally, claimed that the disastrous consequences of the debauchery have made ​​people cautious, teaching them to find shelter and to take along an unique object, securing it with unbreakable bonds, able to stave off the natural inconstancy of their hearts. There were others who were saying pretty much the same things, but no one was getting any closer to the Truth.

In that moment, an African man who had been unnoticed until then, came forward and said to them:

– O, you who are Christians, you who boast of your lights and reproach us every day what you call the villainy of our morals, you, who you loathe to look at us as some of your peers because we are pride of the fact that we are not alike, how come that there is not to be found among you anyone able to solve the problem that was proposed? Then I’ll try to find an answer, in the sincerity of my spirit and the ignorance of my heart. Let me talk and tell the truth, because I see that your lights are only appearances, your knowledge are chimeras and your wisdom, mere foolishness.
Learn then how to give up to the vanity of your ideas.
Love in a couple, continued the African man, represents the perfection of the innate desire found in the hearts of all beings that breathe, and its primary source is the thought of the Creator, who planted in our soul a divine seed. So do not look for the source of love in reasoning or in your senses, but in the most subtle particle of your spirit, the one that inspires you and that both in you and in the angels, is a pure emanation of the Creator of your substance and a breath of the Divinity.

From Heaven was heard then a voice that declared the African man as the winner, giving him the palm branch as a symbol of victory. Without further knowledge, with no other light than the reflections of its capacity of understanding, the African man spread most of the truth about the greatness of this mystery.”

Excerpt from the book Love in marriage, by Emanuel Swedenborg

The experts are clear: Internet, television and video games have a negative influence on the mindset and cognitive abilities of young people

The Angels of Faith

The angels’ missions and pains