Cummins.com discusses the other side of the Great Reset, and what might occur socially and politically if the technocrats succeed in taking over. The long-term agenda is not about covid-19 or even the implementation of a biosecurity state but will be used for the extinction of homo sapiens – the end of humanity as you know it. 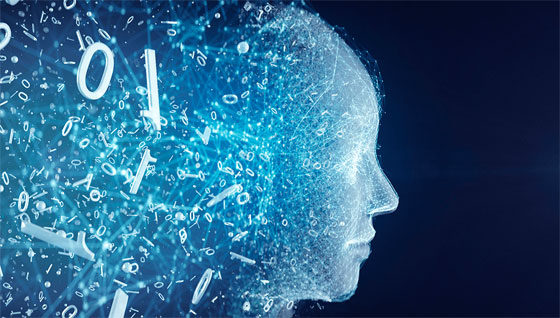 This isn’t conjecture. The notion of transhumanism is being actively researched and explored. In an article titled “Looking Forward to the End of Humanity,” The Wall Street Journal noted that covid-19 “has spotlighted the promise and peril of ‘transhumanism,’ the idea of using technology to overcome sickness, aging and death.”

One problem is that, once you give in, you become enslaved by the system, and the very features that make us human – like independence of consciousness – are gone or rendered useless, because the technocrats control everything. There’s a loss of free will as humans hand over power to technology and biotechnology. Even reproduction as you now know it will be affected. Cummins explained that it’s similar to Communist China: “It would look like enlightened capitalism on the surface … but a middle-class person in China doesn’t have any rights compared to the remaining rights we have. You can’t go on the internet in China and find information, period, that the government doesn’t want you to see. It doesn’t necessarily mean we will be poor. We will still have a very large middle class.

There won’t be any jobs for the lower class, but I guess they just figure they’ll give them some sort of token wage, and they don’t seem to care that we’re not going to be able to procreate and reproduce the way we do now if we continue on. It’s a serious matter that we’ve got these chemicals in the environment that are decreasing sperm counts in making it harder and harder for people to have children naturally. It’s like, well, the elite, the globalists and transhumanists, they don’t care because they are secluded from this and they figure artificial insemination is good for everyone. That way we can control the population and so on.”

Your financial life will also be controlled

Every facet of society is being targeted as part of the Great Reset. The World Economic Forum (WEF), a key promoter of the Reset, has been very vocal about getting rid of cash in the U.S. and moving to a centrally controlled digital currency. When and if this occurs, it will act as another layer of control and surveillance.

“We need to educate people about what’s going on in China right now,” Cummins said. “In China, your bank account is connected to your behavior, and if they don’t want you to you’re not going to survive economically.” He added: “I don’t think people quite grasp what it’s like, this digital currency controlled by the central banks, by the government. We have to fight this system and realize that surveillance capitalism is not in the future. It already exists in the United States, and they simply haven’t closed the deal yet as the Great Reset is planning. Aspects like using cash, buying local, growing local food, building up strong governments –is necessary that we decentralize power.”

Recreating China’s social credit system in the U.S. or elsewhere is likely easier at this point than anyone would like to think, and probably wouldn’t take long to implement. There are no laws in place to curtail surveillance capitalism, and the only reason it has been able to flourish over the past 20 years is because there’s been an absence of laws against it, primarily because it has never previously existed. Surveillance has become the biggest for-profit industry on the planet, and your entire existence is now being targeted for profit.

If you want to learn more on this topic, “The Age of Surveillance Capitalism,” written by social psychologist and Harvard professor Shoshana Zuboff, is one of the best books writen in the last few years. It’s an absolute essential-to-read if you have any interest in this topic and want to understand how Google and Facebook have obtained such massive control of your life. 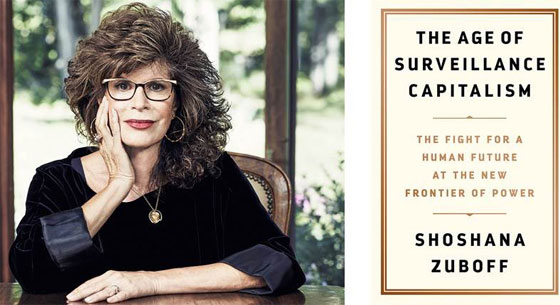 We need a participatory democracy, not a Great Reset

Cummins urges the public to stop fighting over political terms and ideologies and instead come together toward a participatory democracy, in which people have control over the policies that affect their daily leaves. This would eliminate the dominance of billionaires and corporations, which is the opposite of what the Great Reset is pursueing to achieve.

“Is necessary that we take down the military industrial complex on a global scale as we’re doing this and turn it to pacification and conflict resolution. And I really believe we can do this,” Cummins said. It’s interesting, he pointed out, that a large percentage of police and marines are refusing covid-19 vaccines, because they’re skeptical not just of covid-19 but of the elite narrative. The solution will lie in small, local movements preserving their power. According to Cummins: “There’s a million different communities in the world. In each one of these communities, is necessary that we organize and take back power … The most important aspect is what we’re doing right now in our local regions. If we’re going to have local currencies, cryptocurrencies, that actually work and that can’t be shut down by the government, now’s the time.

This all ties in to the food system, as well, which is also under assault from technocrats aiming to usher in synthetic meat and GMOs. But, as Cummins said, “Corporate agribusiness and the genetic engineers have set us up for a biological trigger like SARS-CoV-2, which can magnify and exacerbate the poor health in the population.”

The solution here is healthy, organic, regenerative food and farming, which will bolster the health of the planet, including the Earth itself, via healthier soil, and the humans living on it. This, too, is necessary to be done on the local level, via small movements.

Cummins mentions the growing of agave in Mexico, which is being combined with nitrogen-fixing companion tree species (such as mesquite), with holistic rotational grazing of livestock. The result is a high-biomass, high forage-yielding system that works well even on degraded, semi-arid lands. This agroforestry system reduces the pressure to overgraze brittle rangelands and improves soil health and water retention, while drawing down and storing massive amounts of atmospheric carbon dioxide (CO2).

“Is necessary that we regenerate health and regenerate the Earth if we’re going to stabilize the climate,” Cummins said, and “we need to reunite under the banner of regenerating health, not becoming transhuman objects…” So, truth-telling about covid, this is another great start and essential piece to stop the Great Reset.

Scientific “proof” is a myth: the limitations of science and…