From 21st Century Revolutionary Handbook, here are ten rules to explain part of the unfolding events.

#1: Inertia is fatal to a revolutionary movement 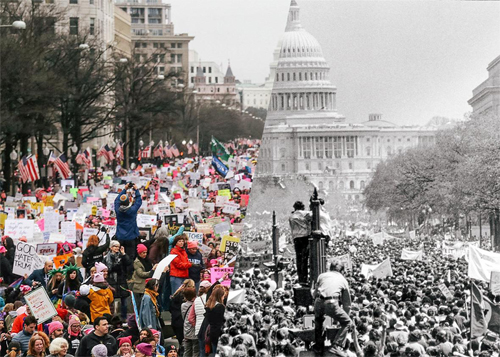 The overtures of the late 60s movement are eerily similar to what is happening today. The problem for leftists was that, back then, the revolution centered around the anti-Vietnam War Movement. Once peace came, the revolution’s impetus died out. The 2008 Occupy Wall St Movement had the zeal, but cold winter months in New York were not conducive to this type of protest.

The lesson: choose your cause carefully. A recent cause célèbre was “systemic racism” and its offshoots. Racism can be recycled perpetually. Recently, for example, the Mayor of Louisville, Kentucky, declared racism to be a public health crisis.

#2: Do not identify your ideology by name, nor state exactly what you will do after you are in power. Speak only in vague generalities and use simple two- or three-word phrases the public can identify with.

Terms such as “Socialist,” “Communist” or “Marxist” generally have a negative connotation and, while millennials like them, the population at large does not. Do not look to antagonize ordinary people more than is necessary. The revolution will need its army of “useful idiots” for the future.

Instead, use terms such as “progressive” or “social justice warrior” to describe yourself. These are far less threatening to the average people. Fidel Castro initially identified himself as a “humanist.” Only after he felt secure in his new position did he announce to the world: “I am a Marxist Leninist.”

#3: The revolution must get control over mass media and the education system.

#4: All the apparatus of the state: the ministries, civil service, justice system, military, and law enforcement must be brought under control.

This rule is simple. Whatever the revolution cannot control could eventually be used against it. Hitler, Stalin, and Mao all dealt with the problem of possible anti-revolutionary activists through purges aimed at crushing all potential opposition, which extended even to family members. Stalin allegedly remarked that it was fine if innocents were punished along with the guilty, because “that sends an even stronger message.”

#5: All vestiges of the old must be destroyed in order to build the new. This includes all history, traditions, culture, and iconography that cannot be made to conform to the new ideals.

In the late 1950s, Mao unleashed the cultural revolution on China. It repudiated what Mao called the “four olds”: old ideas, customs, habits, and culture. Estimates vary as to the number of people killed but it was most certainly in the millions. Coming as it did after the disastrous policies of the “Great Leap Forward,” China was left an economic and cultural wasteland. 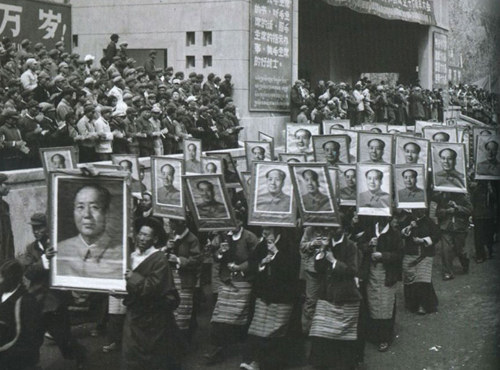 #6: Conventional ideas about religion and family are anathema to a revolutionary movement.

#7: The revolution can only succeed in times of extreme economic, political, and social unrest.

This is an important point. A generally content, gainfully employed, and prosperous populace is not likely to support a revolutionary movement aimed at overthrowing the government, party, or individual that has provided these benefits. For the revolution to be successful, the population is necessary to be brought low and kept in a state of abject misery. Years ago, former White House Chief of Staff and Chicago Mayor Rahm Emanuel stated: “Never let a good crisis go to waste.” Activist/actress Jane Fonda brought this up when she noted: “COVID is God’s gift to the left.”

#8: Ultimate victory in the revolution will go to that segment of the revolutionary body that is the best organized, best financed, and most ideologically dedicated.

A revolutionary movement can be composed of many divergent groups, each of which has a peeve with the central government. In US there is, among others, minorities, LGBTQ, and feminists all rubbing shoulders with liberals, socialists, anarchists, globalists, Islamists, and hardcore Marxist revolutionaries. The last group is the best organized and funded. They are completely devoted to the “righteousness” of their ideology and even have their own para-military group – Antifa. Their goal was the complete destruction of the American political and economic system.

#9: You don’t need a majority to force your will on an entire population.

Most people assume that any revolution must have popular support to succeed. This may have been true in some cases, but not all. The Bolsheviks swept into power in Russia in Nov 1917 with a simple slogan: “Peace, Land, Bread.” Although one cannot be certain of the precise number of hardcore committed Communists among the masses of disaffected citizenry, it would have been comparatively small. The Nazis, for their part, never got more than 38% of the popular vote.

#10: After victory, the revolution will turn in directions not initially anticipated.

In addition to exacting revenge on their opponents, revolutions usually turn on many of the very people who were their most ardent supporters. One only must look at Hitler’s “Night of the Long Knives,” Stalin’s “Gulag Archipelago”, and Mao’s “Cultural Revolution”, for examples.

Some of the above rules already apply to America; others maybe will. There is no doubt that as a society Americans have made enormous strides in the last half-century, yet they are still struggling to come to grips with their past.

Sixty years ago, electing an African-American with the unlikely name of Barack Hussein Obama to the highest office of the land would have been impossible. The same is true about the minorities and women now seated in the House, Senate, and even Vice President-elect’s position.

There is no perfect economic or political system, but there are systems that generally work better for more people than others. As imperfect as it is, capitalism works better than communism. Capitalist systems encourage innovation, individualism, personal responsibility, and independence. Marxist systems mandate conformity of ideas, thought, belief, and speech. As always, they admit nothing, deny everything, make counter-charges, and in the final analysis, double down on their ideology. As for the revolution itself, George Bernard Shaw stated it best when he wrote: “Revolutions have never lightened the burden of tyranny; they have only shifted it to another shoulder.”

U.S. censorship mania: a threat to independent media. The secretive plan to shut down the internet