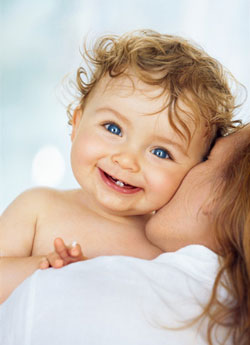 When they want to have children, each family or couple evidently wants them to be harmonious, healthy and intelligent. More than that, parents think in advance to have a “daughter” or a “son”. Nowadays, science has found modalities that help parents to know the sex of the future baby. Millennium yoga tradition offers simple methods that help determine the sex of the baby.

All ancient teachings on procreation underline the fact that mental attitude gets an immense importance in being successful in the process of conception. As the great Hindu master Atreya says, “It is said a child is born from a mother, a father, concordance (we could say it clearer, resonance) and nutrition. There is always a connection agent between all these: the mind”.

The child to be born is drawn in by resonance

It is known human being is not only physical body; it forms an energetical structure in continuous vibration and movement; it is also known that this energetical structure has condensations, real vortexes of force called wheels of energy or Chakras in Sanskrit. It communicates with the Universe and all its energies through them.

When a couple makes love, a vortex of static energy is created that circulates through the chakras of the two lovers. When the ovule fusions with the spermatozoon, this vortex attracts by resonance and makes descend the spirit of a being already existing in a subtle parallel plan. Yoga tradition tells about reincarnation cosmic energy fluxes that attract towards a new life the souls that deserve it, from a karmic point of view. Parents do not “make” the child but attract the soul by their act of love. The body forms to “host” the spirit, following the genetical data contained in the sperm and ovule.

From a biological point of view, there is a certain number of factors in order to reach this conception. The woman must be healthy and fertile and the man must have good sperm. In addition to these biological factors, a spiritual fusion between the two lovers and an authentic love will attract an elevated and healthy soul. Otherwise, the resonance attracted soul will have a difficult karma and an adequate life. This is why the esoteric elements must not be neglected. Everything takes place according to the principle of resonance. If it is conceived with love, it will generate love. If the baby is conceived with fear or just out of coarse sexual desire, these feelings are the basis of a new life under the sign of fear and selfishness.

How can we explain all these in practice? The energy vortex establishes the necessary conditions for conception. It transports the predominant feelings of the couple towards the “land” of the souls to be incarnated and attracts one that reflects all these feelings. The esoteric traditions declare the energy vortex takes the correspondent colour of the feeling the two lovers had in the moment of conception and this colour attracts by resonance a certain soul. We must not understand the parents shape their future child’s character; it is their feelings in the moment of conception that attract a certain kind of corresponding character.

Attract a harmonious child by the power of your own thought

Charaka Samhita, an oriental wisdom old text, presents a curious idea about conception: “The woman gives birth to a child that looks like the one she thinks at in moment of conception.”

This is why some children resemble a lot their family members. For instance, the woman imagines she makes love to a man she secretly loves and thus, the child to be born, instead of resembling to his natural father, looks like the man the woman was thinking about in the moment of conception.

In old India, this secret was used by women to give birth to more beautiful and intelligent children. Thus, they imagined they made love with superior, elevated beings, masters and deities, like Krishna or Shiva.

Knowing these amazing things, a huge sense of responsibility is imposed in order to avoid – by thoughts and feelings had in the moment of conception – bringing to this world deformed, mentally sick or unbalanced children.

Simultaneously, knowing the power of the thought is sovereign in the Universe, you can mentalize in advance the sex and the qualities you want for you future child. The secret is to clearly and precisely know what you want!

Diets that determine the sex of the future child

According to some oriental culture traditions, the sex of the children was controlled by giving a great importance to the diet of the future mother in the months previous to the conception. Hindu texts assures that if the woman wants a baby boy, she must eat salty food and if she wants a baby girl, she will chose sweet food. A couple of experiments done recently in Canada and France (by the doctors Jacques Lorrain and Joseph Stolkovschi) signalize 80% success in predetermining the sex of the baby by mother’s specific diet restrictions.

There is no doubt that salty food increases the quantity of Potassium and Sodium in woman, and determines a bigger chance to give birth to baby boys. The majority of green vegetables brings high concentrations of Potassium and Sodium salts, too. Sweet food, especially dairy products, has a higher content of Calcium and Magnesium. If the woman reduces these products in her diet for the two months previous the moment of preconception, she will have a baby girl.

During conception breathe in harmony with the cosmic subtle breaths 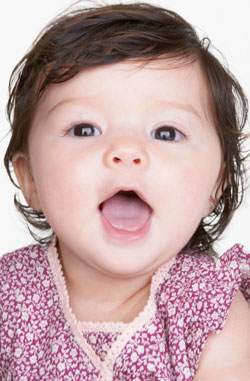 Yoga teachings assert that respiration is one of the major factors in determining the sex of the children. If there is no harmony of the physical mood before and after the sexual act, the respiration of the couple will block predominantly on the same side of the body. According to tantric writings, these can lead to giving birth to children with unbalanced sexual identity and, in extreme cases, leads to homosexuality. Eastern teachings give special attention to the use of certain positions in order to control and harmonize the respiration flux. It is said that children’s sex can be determined using these techniques. Recent scientific researches appealing to certain positions in orderbto control the children’s sex confirm their validity.

The couple’s most simple positions before the act itself are:

If they want a boy, the man must lie down on his left side in order to predominantly breathe through his right nostril and the woman must lie down on her right side in front of the man in order to predominantly breathe through her left nostril. The nostril will be completely unblocked because of that position.

After that, during the intercourse, they must maintain breathing through the nostril initially unblocked due to the previous positions.