The SSP is already engaged with a diverse community of over 900 different humanlike civilizations that they have regular, on-going trade with, as well as less frequent contact with many others. 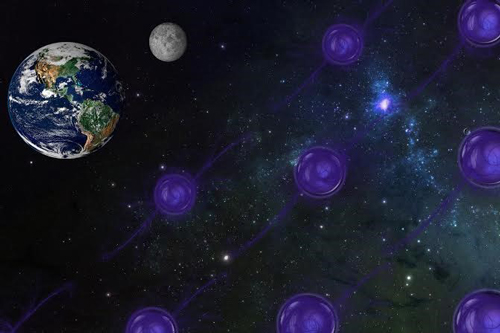 I (David Wilcock) became a conduit for the SSP Alliance to speak with a group of highly powerful positive ETs that had remained mysterious up until then.
These beings arrived in hundreds of gigantic spheres parked throughout our solar system. The spheres have been coming in since the late 1990s, and have remained cloaked ever since.

I was aware of the spheres ever since they first arrived, as they were often being seen on NASA’s own SOHO satellite and were referred to as “Sun Cruisers”.
No other ET group had anything that was anywhere near this large in size, so it naturally was quite a source of interest.

Gonzales was the key

The “man on the inside” who ended up bringing me into this world again has been given the pseudonym Lt. Col. Gonzales for security reasons.
He had experienced in-person contact with the Sphere Beings while in the SSP at about the same time I had experienced similar contacts while living here in America.

Gonzales did not report these encounters up the chain of command for some time. Nor did I tell anyone about what I had experienced.
In late February 2015, the Sphere Beings asked for me by name through Gonzales. He did not know who I was, and his superiors had to look me up and figure it out.

Up until I was requested by name, the Sphere Beings had completely refused to interact with the SSP Alliance – even though the Alliance felt they were trying to do something positive for humanity.

The negative ETs will seek out contact with the most wealthy, powerful elites on Earth to promote their tyrannical, dictatorial, service-to-self message.
The positive ETs seek contact with those who can help share their message of love, peace and service to others. 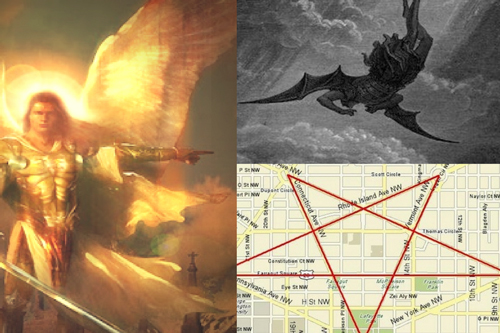 Thrown in the middle

I effectively got thrown into the middle of a debate between the SSP Alliance and the Sphere Beings. Furthermore, the Sphere Beings wanted me to serve as their ambassador, sharing their perspective not just with the SSP Alliance, but with the general public on Earth. They are here to help guide us through an epic human evolutionary event that many call Ascension.
I have been told this will involve a massive release of energy from the Sun that triggers advancements in DNA and consciousness. My (David Wilcock’s) book The Ascension Mysteries has references to ancient prophecies of such an event from many different cultures.

The main ET group I have interacted with has been the Blue Avians – a race of humanoids with large eyes and birdlike blue feathers on their bodies.
We (David Wilcock and his team) have since discovered that this is the same group that presented itself to the Egyptians, through avian-looking humanoid “gods” such as Ra and possibly also Thoth. 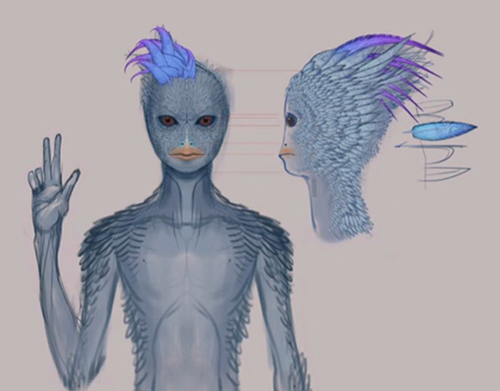 Their originally positive teachings were greatly distorted into the negative, as described in the Law of One series (details below in the article).

William Henry found ancient depictions of Blue Avians in Egyptian and other cultures, as reported in Cosmic Disclosure. 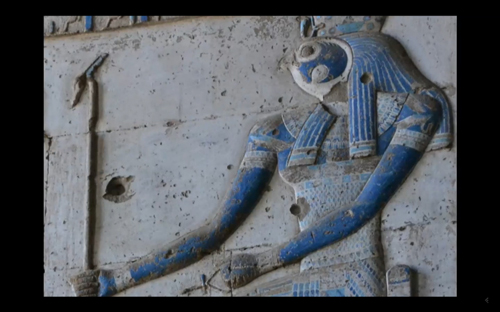 Bird-headed humanoids are seen in Babylonian and South American inscriptions as well as those of Egypt. 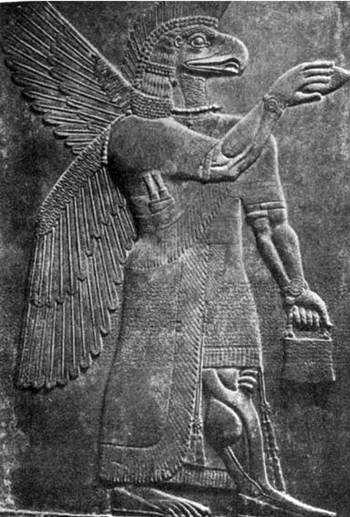 Native American cultures also reported contact with “The Bird Tribes” and the Japanese had the “Tengu bird-men of the mountains”. 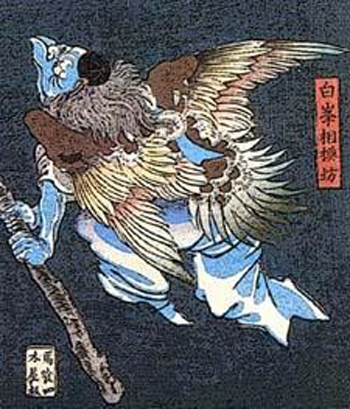 The Blue Avians are one of five mysterious, highly advanced ET races that are associated with the giant spheres.

The Law of One series

Additionally, the Blue Avians have now absolutely confirmed that they were responsible for the creation of the Law of One series from 1981-1984.
This was a series of 106 question-and-answer sessions between a Ph.D. physicist and UFOlogist and an extra-terrestrial intelligence communicating telepathically through Carla Rueckert. 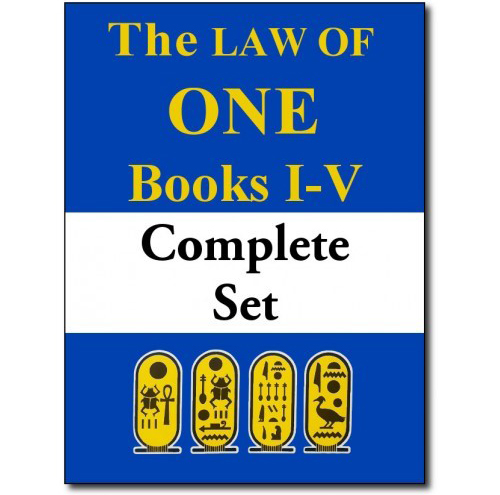 I (David Wilcock) have been studying the Law of One material heavily since 1996 and had already written two New York Times best-selling books on its complex science before ever started speaking about this topic.
With that being said, the main Blue Avian I am in contact with, Raw-Tear-Eir, has given us a warning about quoting from the Law of One as if it were a religion.

He said many people are starting to “quote chapter and verse” from it, and use it as a belief system that all new information has to meld with or be questioned and possibly rejected.
They made it clear that there are certain distortions in the Law of One material that came from the people at L/L Research who presented it.
If we make it into a bedrock belief system, it can create a personal religion that can be damaging for the individual in their emotional/ spiritual evolution.
Ultimately we must all exercise our own discernment and choose for ourselves what the truth is.

It is also important to note that I had telepathic contact with these same beings, such as through nightly dream analysis, ever since November 10, 1996.
Due to cosmic laws of free will, I still never experienced the type of in-person contacts.

I have been given a roadmap of stages to go through that could lead to these contacts, and writing the book Awakening in the Dream appears to be one key part of that process.
This almost obsessive focus with preserving free will is a regular element in every session of the Law of One series.

This story is complex and multifaceted, far beyond anything I would ever dream of trying to invent.
This has also not been a profitable move for me to make.
I would have had a significantly higher income if I was able to go back into the IT field instead of continuing to fight for full disclosure, as I am now doing.
In the course of this work as an ambassador, I have come face-to-face with the highest levels of both the positive and the negative sides of this battle. 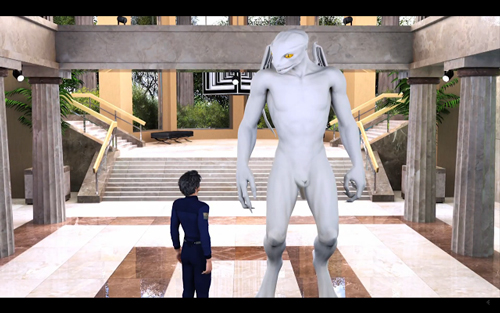 Some of these experiences have been so profoundly unpleasant that I can only laugh when people say they wish they could be in my shoes.

Various characters in the story

I have also met up with an alliance of human-looking beings living in huge, habitable caverns inside the Earth. My main contact therein is a priestess named Ka’ Aree.

As described in previous updates, I also recently was introduced to an ambassador from a planet in a nearby star system that recently overthrew their own negative-ET-driven tyranny.
His name is Ambassador Micca. They are now working, predominantly through dream contacts, to help educate us on how to achieve our own freedom from these malevolent beings. 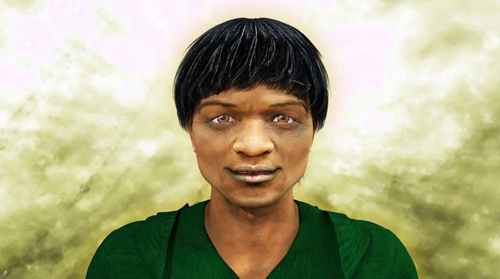 Lt. Commander Gonzales was my original contact with the SSP Alliance and he continues to pass along intel at this time, as seen below.
He originally presented himself as a Lieutenant Colonel in the Air Force. This was his cover ID, and I recently found out he was actually a Lieutenant Commander in the Navy.
Lastly, I have been interacting with a more Earth-based SSP that is run by the military-industrial complex (MIC).
The MIC SSP is unaware of the greater space program I was a part of, as we will discuss.

A visit from the MIC SSP

Once again in the early morning hours of Wednesday, October 26, 2016, I awoke to find that I was walking in the parking lot behind my house.
This type of sleepwalking technology is standard fare for the military-industrial complex (MIC) space program group that has been contacting me in the recent past.

I immediately noticed the same stealth-looking MIC wingless craft that I was taken in last time. It was parked in the same place it had been in the last time I was taken. 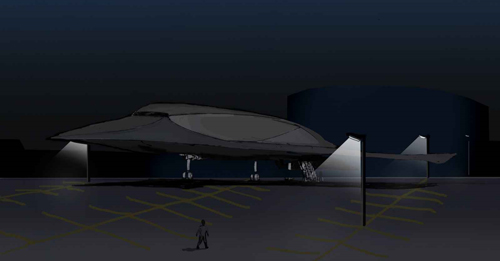 The same two airmen greeted me and asked me if I was physically able to walk up the stairs.

Since I had almost fallen after my knee buckled the last time they contacted me, they seemed as though they were being overly cautious.
I went up the stairs, entered the craft and was brought to the familiar room where I had been chemically interrogated before.

This naturally caused me to feel extreme anxiety, since the original interrogations I went through were not pleasant to say the least.
I was asked to sit in the same seat and was buckled in. Once again I was helpless, shackled into the same chair where I had suffered greatly in the past.
I soon heard the craft power up and we lifted off fairly quickly.