Endgame: Disclosure and the Final Defeat of the Cabal (12)

Read the eleventh part of this article 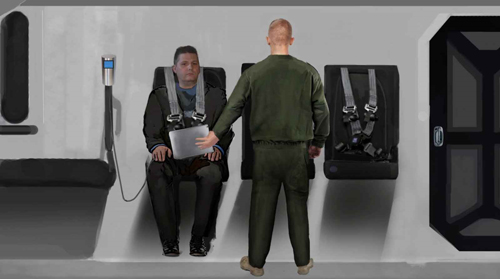 A visit from “Sigmund”

A few minutes later the older military man who was in charge came into the room. Since he has white hair and a white goatee, we have decided to call him Sigmund, in an homage to Freud.
Sigmund stated that he was a bit perplexed at the information he had received from our last encounter.

In addition to “enhanced interrogation” through chemicals and technology, he had previously taken blood, hair and skin samples and tested them for trace elements, using very advanced methods.
The lab results once again confirmed that I had been in the approximate off-planet locations I had claimed.

The MIC space program people do not have any intelligence suggesting I had ever actually visited these locations. I was never a part of their program.
For this same reason, Sigmund clearly could not believe what he was seeing. My tests proved, beyond any shadow of doubt, that there was much more to the secret space program than he knew.

As a high-ranking superior officer, this naturally came as quite a shock to him. He was led to believe that he had access to all relevant compartments of the classified world.

The mic are not the only game in town

The people in the MIC space program have been taught that theirs is the only one that exists. They believe they are the top of the crop, the best of the best, the be-all and end-all.
Since there is a plan in place to disclose their existence, we will now reveal as much about them as possible – so you can get a sense of what they do and don’t know.

They are aware of the existence of Luciferian cabal groups, practicing very advanced black magic on a global scale.
This includes exacting protocols of performing specific ceremonies at specific times. It also involves “hiding out in the open” and telling us what they are doing in symbolic form. 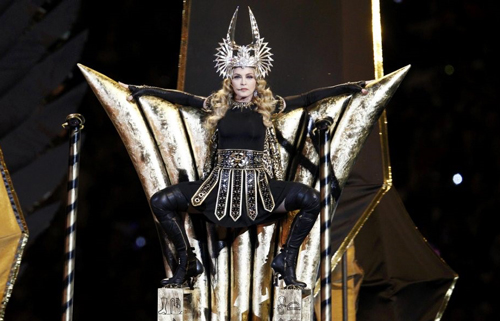 Events like the Grammy Awards, the Super Bowl half-time show or the Olympics opening and closing ceremonies are used to broadcast occult images to millions of people. 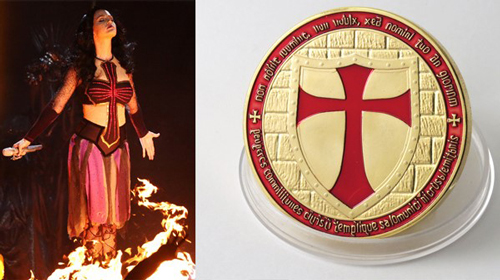 This, in turn, “authorizes” the negative forces they are working with to exact greater control over the Earth, and enhance their worldly power – as long as no widespread resistance develops.

They do this through seeding our co-creative consciousness with their agenda. Our collective focus is the root power of their magic.
The MIC people often believe that they are literally engaged in a Biblical war against an ancient evil that has taken control of much of the Earth.

Advanced technology (from our worldly perspective)

The MIC SSP has at least two large space stations in earth’s orbit as well as a number of manned satellites.

They are roughly circular in shape and are large space stations with enough facilities for many people to work in various labs and so forth.

They are also reported to possess floating aircraft carriers that look exactly the same as what we saw in The Avengersand Captain America: The Winter Soldier. 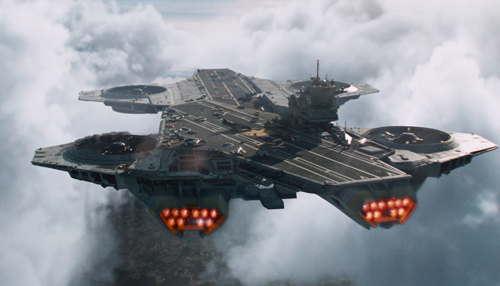 They have black triangular craft that can travel around our solar system, as well as other stealth-looking varieties.

This technology makes them feel that if anything else was going on in our solar system, they would be able to see it.
When they see the crafts from other programs, or of any of a number of ET races, they are simply told that these craft are ours.

They are told that they are not on a need-to-know basis about that particular program and not to speak about their sighting with anyone.

It is very compartmentalized

The Cabal is a very, very intelligent group. They built the MIC SSP from the very beginning to be disclosed at some point, as a protective deception to hide the deeper-level SSP.

If anyone in the MIC SSP ranks made unwanted technological or informational breakthroughs, they would be quietly plucked out – just as occurs here in our own level of the cover-up.
Therefore, no one in the MIC SSP will successfully discover portals that take them outside our solar system – as one of many examples.

Certain areas are cordoned off to them as no-fly zones – so they do not see the advanced ET civilizations that already exist in our solar system.
If someone sees something they shouldn’t have, and the idea that it is “one of ours” doesn’t stick, they very likely would disappear – or be re-assigned.

The Cabal knew that if the people in the MIC SSP truly believed what they were being told was the whole and complete truth, none of them could ever threaten the Partial Disclosure scenario.
They could come forward and fight vigorously against any alternative view of reality, because they believed in their heart and soul that they had been given the whole and complete truth.
This is precisely what was happening with Sigmund, the commanding MIC officer who interrogated me, as we will review in a minute.

They believe we are alone

The MIC SSP had told that we cannot travel outside our solar system.
This is due to gravitational and energetic conditions at the boundary of our heliosphere that make any escape impossible with their current technology.

NASA has already revealed gravitational anomalies with our Pioneer deep space probes as they travel closer to the boundary of our solar system, setting the stage for this announcement. 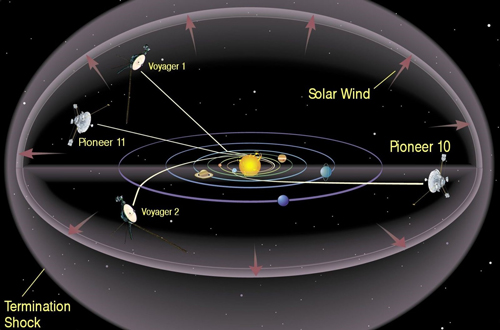 The MIC folks are also told that there is no need for us to go anywhere else, as we are already surrounded by an “embarrassment of riches” beyond our wildest dreams.
There are many impressive prehistoric intelligent ruins to explore here – from what they call the Ancient Builder Race. The oldest of these ruins date back more than 1.8 billion years.
Most of their members believe that any ETs have long since come and gone from our solar system. The only exception is time travellers from Earth’s own future who have come back and visited us.

Different levels of knowledge depending upon the group

The MIC SSP is made up of different military and intelligence groups that have varying levels of knowledge of ETs.
Some think there are only four or five groups visiting us. Some don’t think any have been here for thousands of years.

The top brass of each branch have basic knowledge of 50+ other ET groups that have visited us.
This knowledge goes back to the 60s and was standard info in the briefings then for NATO and the DOD, et cetera. It is much more complicated than can be summarized in a paragraph or two.

The mid-level personnel have been told that some humans who have time-travelled here from our own future now look like Grays.
This is due to evolutionary changes from having lived underground for thousands of years.
One of the partial disclosure narratives was designed to focus on this idea – namely that all the human-looking and grey-looking ETs come from competing time lines in our future.

The higher-ups usually know about a handful of ETs that are here now, but they are ordered to keep silent about it.
Some MIC SSP groups believe that we are all the blood descendants, to varying degrees, of pre-Atlantean human ET refugees that they call the “Pre-Adamites” as we will discuss.

This is also a key feature of the belief systems of the various Cabal groups, at the higher levels.
The Cabal groups believe they have significantly more Pre-Adamite blood than the rest of us, and formed “royal bloodlines” and elite ruling castes as a result.

Energetic changes in our solar system

As Wilcock revealed in The Ascension Mysteries, one of his insiders has worked with the MIC SSP and has been thoroughly educated in their views, as we are explaining them here.

The MIC SSP people are also aware that an energetic change is occurring in our solar system. They expect that this will lead to a massive release from the sun in our near future.
The classic movie 2001 was intended to pave the way for the MIC program’s eventual disclosure. 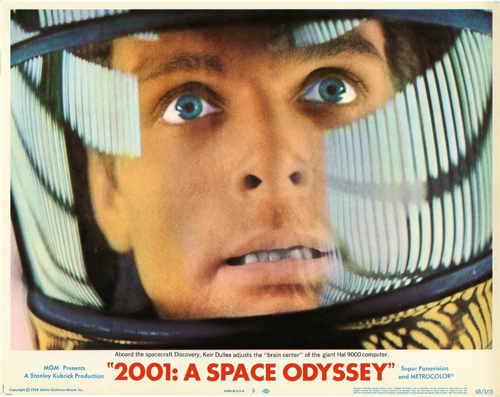 If a sufficiently massive sighting or a well-publicized data dump from a whistle blower got traction in the mainstream media, the MIC SSP could have been revealed many years earlier.
2001 and 2010 installed all the key pieces of information we would be told, over time, in the aftermath of that eventual disclosure.
If you try to explain to the MIC SSP that a much more advanced space program is operating around them, it is akin to blaspheming a major religion in front of its devoted followers.

Now let’s return to our scene where I am now on the MIC SSP craft, hearing what Sigmund was telling me.
Sigmund revealed that he had been stationed at several classified military installations in Antarctica.
He had spent time in the very area where the Anshar (inner Earth group) had taken me on a reconnaissance flight.
He stated that an extremely ancient series of cities had been discovered flash-frozen deep under the ice-shelf.

He confirmed that there were also many animals and “Pre-Adamites” preserved in the ice.
He described the Pre-Adamites as beings with elongated skulls, with strangely proportioned bodies that were obviously not designed for Earth’s gravity and atmospheric pressure. 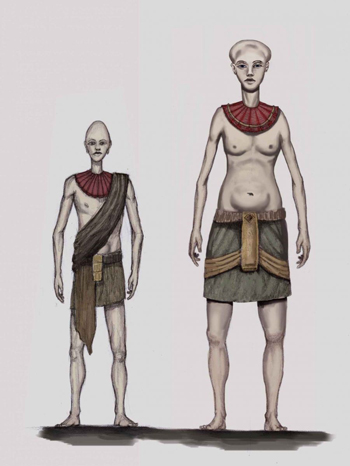 When we combine this with what Gonzales told me earlier, and the academic research David compiled in The Ascension Mysteries, it does appear that some of these groups were giants by our standards.

Other hybrid groups may have been bred to have more conventional heights, and/ or adapted to Earth’s gravity over time by becoming shorter.

Read the thirteenth part of the article

The Inexhaustible Power of Water