Read the thirteenth part of the article

A weakening of the cabal coalition 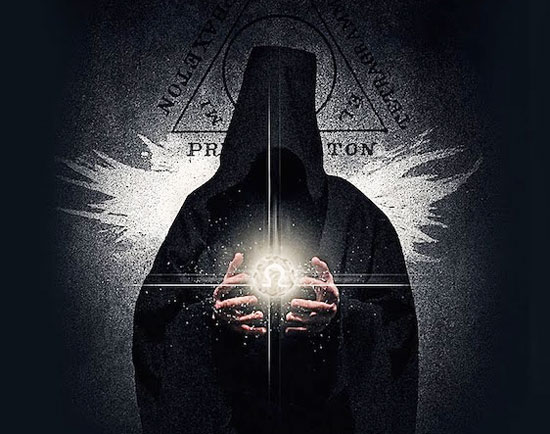 Gonzales stated that this argument over the Pre-Adamite ruins meant there was an obvious weakening of the Cabal’s “coalition”.
This split in the ranks of these global syndicates was being exploited by the Alliance.
It seems that many of these Cabal groups now see that their organization is about to be fully exposed and brought to justice.

The disclosures David mentioned in the previous parts of this article did not happen by chance. They are the direct result of the hard work of the Alliance through outlets like WikiLeaks.

It appears that many of these people are positioning themselves to cooperate with the Alliance during the prosecution phase. This, of course, is a very helpful thing.

David and I have both consistently stressed that whistle blowers should be seen as heroes. It is very important that we not devolve into a witch-hunt mentality. 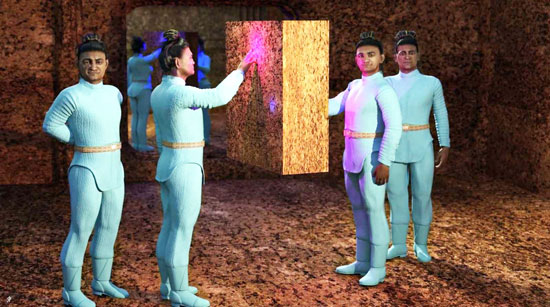 At this point the stone console behind him started flashing symbols in various colours of light. He turned his attention to the control panel as I noticed two of the Mayans entering the room.

All three of them walked to the floating stone console and observed the symbols appearing in an obvious sequence.
He glanced over at me and asked me if I was still having issues with my memory. I stated that indeed I had noticed difficulty in remembering things such as my children’s birthdates, et cetera.

His forehead wrinkled up a bit. He said he wanted to consult the Mayans to see what type of help they could offer.
He then smiled at me as a blue orb entered the room and zipped directly in front of my chest. He continued to smile as he waved good-bye.
I was taken to my living room where I again laid on the couch and fell asleep.

Another encounter with “The Banished”

Over the next two days, I was trying to make sense of what occurred. I attempted to meditate on the experiences to see if I could remember what had happened while I was being interrogated.

On the following Saturday, however, I was completely distracted by another encounter with the “Banished” female that had implanted entity attachments in me months earlier.

This had been a highly unpleasant experience where I awoke to her being in a hotel room I was staying in with my family. Everyone else was fast asleep when this happened.

She was completely uninvited. As soon as she noticed that I was aware of what was going on, she was able to make me again go unconscious.
I had still been recovering from the removal of the entity attachment by Ka’ Aree a few weeks prior.

During this recovery time Ka’ Aree had contacted me a few times to let me know my vibration was out of alignment and they were having difficulty getting through to me.

Now, I found myself face to face with this same woman from the “Banished” group. I had gotten up extremely early to do some work while my family was still asleep. 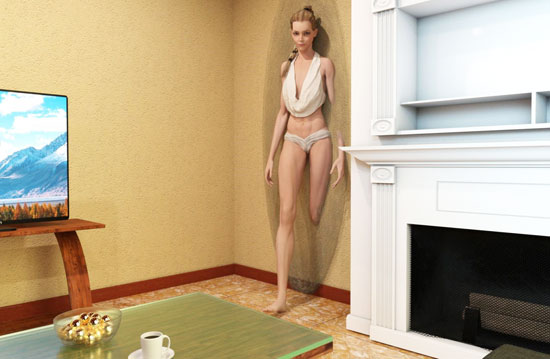 I was once again sitting on my couch with my laptop on the coffee table.
Suddenly I felt static electricity in the air and looked over at the wall where my fireplace was. The wall was starting to warp and bend.

I stood up and backed away to the other side of the coffee table from the wall.
Right where the wall was warping and bowing inward, the same tall blonde female came walking through.

She was taller than I thought I remembered. She was a good 3 or 4 inches taller than me and was wearing a very revealing outfit.
She said “Don’t be afraid, I am Marra and I mean you no harm”. I just stood there slack-jawed in disbelief.

I was both intrigued and a bit afraid after our last encounter. She sensed how I was feeling and smiled as if she was pleased by it.
She narrowed her eyes and smiled even bigger and began to walk towards me. I had part of the L-shaped couch behind me and the coffee table in front of me.
I was thinking of an escape route when all of a sudden there was a brilliant white flash.

Just in the nick of time

When my eyes had adjusted, I immediately saw Ka’ Aree and two men from the Anshar group approaching Marra, who now had a frightened and shocked look on her face.
I looked around and noticed that I was in a smaller domed room that had one door that was covered by the “hard light” force field. I had been portaled into an Anshar inner-Earth city.

The two Anshar men escorted Marra out of the room and down a corridor. I was still feeling some of the after-effects of fear and anxiety from the moments in my living room with Marra.

Ka’ Aree walked briskly up to me, placed her hand on the side of my face and looked into my eyes.
I immediately began to calm down and my rapid breathing and heartbeat subsided. I asked her why the Banished was back, and what was her intent.
Ka’ Aree stated that her intentions were not honourable, and that they intervened for good reason. 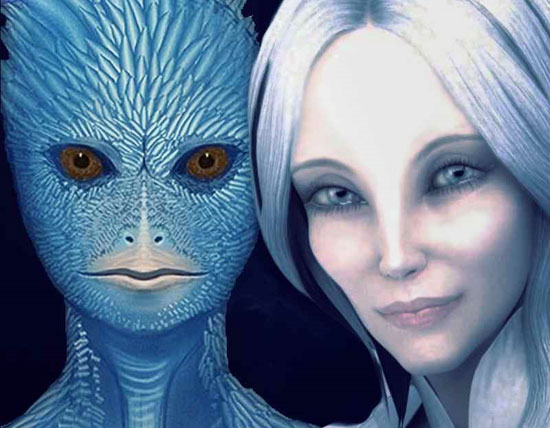 It is vitally important to stay positive and loving

Ka’ Aree then stated that I would not be bothered by Marra again, but that I needed to keep an eye out for more of her kind who will come looking for her eventually.
I asked what would happen to Marra. Ka’ Aree stated that she will be placed in stasis until upcoming events had fully played out.
She then gave me a hug and put both of her hands on my shoulders.
She looked me in the eyes and told me that I needed to let go of my anger with certain individuals that I am working with, and to focus on getting my vibration back in balance.
She gave me that huge infectious smile of hers, and then patted my shoulders and told me she was sending me back now.
I was still a little bit shocked and confused from the encounter with Marra, and I’m sure my eyes showed it.

After another brilliant flash of light, I was now standing in the same place I had been in prior to the transport.
In the time period since my last update, and up until this point of reporting, I have been brought before Raw-Tear-Eir on three occasions.

Each of them had to do with the re-balancing of my vibratory state, and the frustrating behaviour and actions of some people from my inner circle.
During these visits I was able to observe the cosmic scene and noticed that the giant blue spheres were becoming notably more translucent.

The nine metallic spheres were in about the same positions as they had been weeks earlier.

Meetings with the Earth alliance

By this point we were getting fairly close to the time of the US Presidential election, which was indeed extremely contentious – as David had opened up with in the previous parts.
I had already been told many months ago that the SSP Alliance was in support of either Bernie Sanders or Donald Trump winning the election.

Both of these men are aware of the Cabal, are not a part of it, and want to see it taken down for the betterment of humanity.
Just days before the election, certain allies I had in the FBI, DHS and FEMA reconnected with me.
They were very excited, because their data showed that Trump was likely to win.

Hack attacks from a panicked cabal

This next phase of insider contact started a few days after I published my last update. It began with a series of hacking attempts on my home computers.
Three of the computers that I use for work began to pop up intrusion alerts. I disconnected from the Internet and ran a few security scans on them out of an abundance of caution.

I found out these Cabal groups have apparently been in a state of panic for weeks, as more and more has been leaked about their involvement in paedophilia and sex slave rings.
They are also organ-harvesting their young victims to sell on the black market. These are just a few of the crimes being committed.

The FBI has had enough

The FBI has been quietly investigating these deplorable crimes for decades. David’s own insiders independently confirmed this to him, and it has now gone public, as we saw in the previous parts of this article.

The FBI investigators had brought this evidence to several Attorney Generals in the past, only to have them tell the FBI to close their investigations.
The FBI soon realized that major changes would have to occur before they would ever be allowed to bring these people to justice.

The more they investigated, the more prominent and powerful names began to pop up.
It appears that these sex slave and paedophile rings have been associated with close to a third of everyone working in government organizations within the USA and the EU.
It was determined that any attempt to prosecute them would be met by roadblocks. 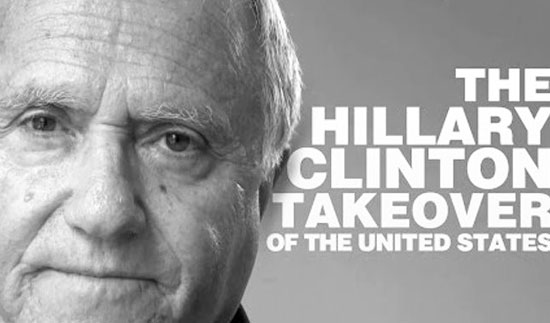 This is one key reason why the alliance favoured Trump

This appears to be one of the main reasons most of the FBI was behind Donald Trump in the election process.
They knew the Alliance was in favour of Trump becoming the next president. The FBI has been aware of the Alliance for some time.

The FBI believed that if Trump won the election, they would finally have their opportunity to bring this evidence to an Attorney General who would actually prosecute.
This was such a contentious election process that it caused a huge amount of anxiety for people on both sides of the political parties.

Since I had gone public, a few of my sources in the FBI, DHS and FEMA had broken off contact with me because of the crackdown on whistle blowers in the Obama administration.

The day before the election, all three of these people contacted me and told me that Trump would win.
They then began to share quite a lot of inside information with me about the above-mentioned investigations.

I have to admit that I was sceptical of Trump winning, and completely sickened by the details that were given about these paedophilia rings.

I was also a bit suspicious that all three of these individuals contacted me to share intelligence so soon after I was warned that a disinformation campaign against all SSP whistle blowers would occur.

It was clear that I would have to vet these sources all over again.

Your Body Was Created to Overcome Cancer