Endgame: Disclosure and the Final Defeat of the Cabal (15)

Read the fourteenth part of the article

Time to gather all the intel 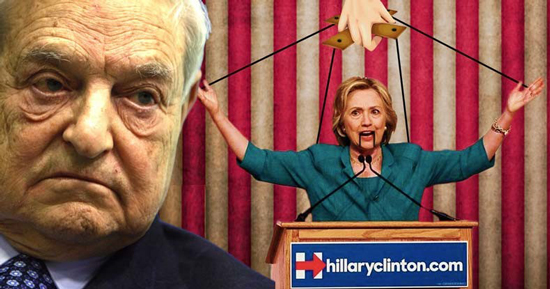 The following night (November 2016) I was as shocked as everyone else to see Trump actually win the election.
I was able to confirm through other sources that these three individuals were not attempting to discredit me. I then contacted them for a full download.

There is a very unsettled mood among the Establishment types. This was not supposed to happen.
They tried to rig the voting, but underestimated the voter turnout for Trump.
David captured a photograph of the front page of Huffington Post, now controlled by Verizon, on Election Day. It showed a 98% chance of Hillary winning and a 1.7% chance for Trump. 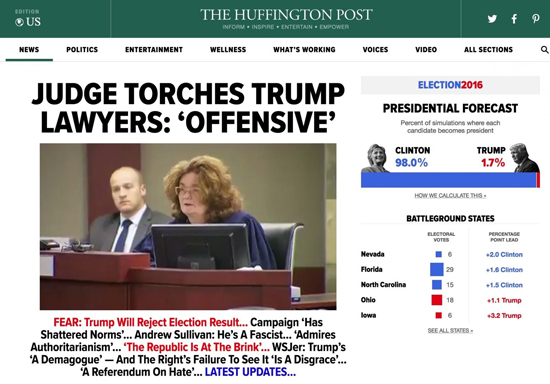 Vote hacking would not be sufficient

It turned out that there were so many voters for Trump that it outpaced the Soros-owned voting machine “glitches” that they hoped would steal the election.
They had calculated that changing approximately one out of 100 votes for Hillary in the key “swing states” would be sufficient – and they were wrong.

I was clearly told that Soros was financing most of the riots in the election period, as I just said above. There were also lots of revenge attacks occurring against Russia from Cabal-type groups.

I found out that things were very bumpy at that time between the Alliance and Cabal. They were NOT supposed to lose the POTUS position.

As David shared in the previous parts of this article, Dr. Steve Pieczenik revealed that the Alliance was behind the Pizzagate emails. They knew exactly what we were going to find when they leaked them.

The general population is being prepared for some very sickening information about all levels of influence in the US Government.
We are going to find out how many influential people from both political parties in the US and from the EU have been a part of this massive paedophile ring.

This sex-slave ring has also been used as a device to blackmail powerful people into paying large sums of money, as well as to influence how they make policy decisions.
Once these uncomfortable truths are disclosed, society will not only be ready for more of the truth, they will take to the streets to demand it.
Once we see how much is hiding below the surface, and that this is just the tip of the iceberg, it will no longer be so easy for any power group to control the people.

A visit from a drone 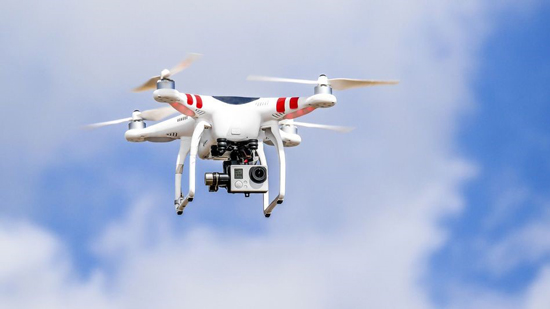 Shortly after I renewed these contacts, my wife came in the back door at about 1PM CST and told me a drone was flying all around the back of our house.
I ran outside to see a white drone flying around getting a good look at our house and the parking lot behind us.

It then suddenly flew off quickly to its apparent take-off zone, which had to be pretty far away.
I had recently learned that there are similarities to electro-gravitic craft in the way drones operate and are controlled.

It was further communicated that some of these exotic craft have flight control systems that mimic game controllers or radio remote controls.

I was told that in our near future, we will see our skies fill with three and four-rotor aircraft that look very similar to the drones that are so popular right now.
I was also told these Tri and Quad-Copters would be almost completely automated, with advanced collision avoidance and auto-pilot features.

This scenario would be part of a limited and partial disclosure program. The Cabal had hoped this would result in humanity not being told about anti-gravity technology until sometime later.

I was told that the rotors and motors on these drones could be replaced by anti-gravity technologies as they are declassified and become available.
These craft will be used quite a lot by the military and police as well as by various civilian industries. 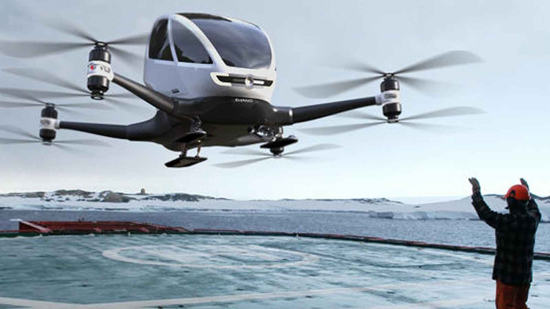 My interest was peaked to the point to where I decided to purchase a drone of my own to learn how to fly them for myself.
Since I purchased a cheap drone that doesn’t have GPS, all I have done is crash it repeatedly.
I don’t think it was a coincidence that a drone was performing an open reconnaissance of my house so soon after I bought my own.
This visitation happened in the same week where I had purchased a cheap drone at a local electronic toy store, and only twelve hours after I had published my most recent report.

You probably heard that a shadow revolution is occurring in the USA and is being supported by the Earth Alliance.
So much of this battle is occurring in the background and over the Internet that we are only now beginning to see it bubbling up into the open.
I think we should all be meditating on a smooth transition and a full disclosure for humanity.

Never before the masses been so fed up with the corruption that is blatantly occurring right in front of our eyes, with no accountability.
We are witnessing the beginning of a grand transition. There will be growing pains for sure, but the end result should make it all worth it.
If we can navigate through this time period honourably, we will have set ourselves up for the Consciousness Renaissance that we have been robbed of for millennia.

Various world political and religious leaders have been brought down to Antarctica in the last years.

The new archaeological finds are a major reason for this. They are excitedly taking tours of the findings.
According to sources, the Cabal plans on fleeing to an island in New Zealand, certain areas of South America, and Antarctica.
If so, these meetings may very well be a signal to the Alliance that key members of these Secret Earth Syndicates are preparing to escape justice from an angry American populace.

The Cabal had believed they could steal the election and once again escape their fates. They were wrong. 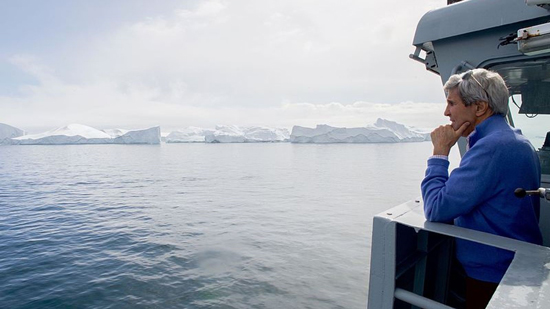 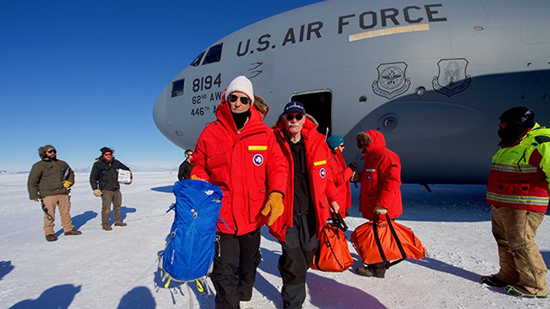 Perhaps the strangest development of all was when US top diplomat John Kerry flew down to Antarctica right on Election Day.
Buzz Aldrin visited the ruins as well, and something caused him to fall ill and need to leave the area before he was scheduled to.

In this section of our fascinating new intel update, we go into even more detail about the Pre-Adamite ruins that have been discovered in Antarctica.

As it turns out, these “fallen angels” – the survivors of an epic off-planet war – deliberately landed in what is now Antarctica to take advantage of high-tech ruins that were much, much older.

The idea of all of this intel being exposed now is extremely exciting. The Cabal is already offering tours to their own people of the ruins, and for them it is like going to a cosmic adult Disneyland.

Corey had put together everything you just read above. In fact, the write-up was an essential element of organizing his thoughts for our interviews.
Not long after we returned home from the Gaia taping, additional surprising experiences happened to both Corey and me.
I ended up with a planned power outage that was only supposed to last a few hours, but stretched on well past the time I had to go to bed.
Without electricity, the house became cold and dark, and I had to rely on my “prepper” supplies to live comfortably – which I basically did.

I saw that this could be a synchronistic warning of a mass power outage that would occur as we head into the final phase of the Cabal’s takedown.
There have been long-standing rumours of an approximately two-week power outage, perhaps a bit longer, as the Alliance goes through the final stages of arresting key Cabal operatives.

This is primarily intended to prevent them from fleeing and to minimize panic and civilian casualties during the arrest process.
Shortly after my power outage, Corey and I got talking via Skype text, and the results were good enough that we will close out our article with the notes of our conversations.
By this point, Corey had new experiences that added even more to our story – but he hadn’t had time to write them up yet.
We have slightly edited and improved our conversation in order to make it more readable and add greater context in certain areas.

Conversation between Corey and David

[12/3/16, 2:14:11 AM] David: We just had a day-long power outage. Everything was pitch black and they didn’t turn it back on until after midnight, well after everyone had to sleep in dire cold.
What are your thoughts on the two-week power outage scenario? This seemed like a five-alarm fire-level warning telling me to get ready for it being a lot longer than one night.

Corey: That is why I delivered the message to have a minimum of two weeks of supplies. I am definitely ready.

David: It does also appear that the Cabal will create a financial collapse to further try to ruin Trump if nothing else works.
Pizzagate was the number-one story on the internet yesterday, as evinced by it being the top of Digg, which is a content aggregator. I photographed that.
This whole thing is unravelling very quickly.
The more the mainstream media keeps saying there is “no evidence and no victims whatsoever” the more the kids doing this are waking up and fighting even harder. It’s very interesting.

Read the 16th part of the article