EPA whistleblower fired for telling the truth about geoengineering 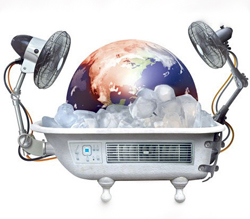 A former scientist from the US Environmental Protection Agency (EPA) is now reportedly working with Geoengineeringwatch.org, after being fired by the federal agency for raising concerns about a major threat to public health, namely, geoengineering.

In a statement authored for Geoengineering Watch, Davis writes that he was employed by the EPA for 16 years, and worked for the National Pollution Discharge Elimination Systems (NPDES) Programs Branch of the Water Division in Region 5, located in Chicago, Illinois.
Davis states: „I was terminated as a public servant performing a public service for raising the issues of anthropogenic deposition of aluminum due to atmospheric geoengineering.”

He says that the issue regarding anthropogenic deposition of aluminum due to atmospheric geoengineering first reared its head in May 2013, when another employee from the NPDES Programs Branch sent a general email to everyone regarding NPDES and Climate Change. Davis sent a short reply to the email, and six weeks later, he says he received a Letter of Reprimand that accused him of „making false, malicious and unfounded statements against colleagues, supervisors, management and elected public servants.” His own supervisor said his remarks were damaging to both the integrity and the reputation of the agency.

In April 2014, a gag order was placed on Davis after he questioned why fluoride was being disposed of in the Beloit, Wisconsin water supply. He was barred from having written or verbal communication with anyone unless his supervisor approved it first. Upper management and Davis’s supervisor contended that the gag order would remain in place to keep him from tarnishing the EPA’s reputation and integrity any further – a rather laughable reason because, as we all know, the EPA doesn’t have much of either.

Davis continued to do his own research on the dangers of geoengineering and other topics and even drafted up emails describing these ill effects and sent them to his supervisor and members of upper-level management within the EPA. They were ignored six times before he got a lackluster response, which Davis says simply „parroted” the agency’s corporate agenda. 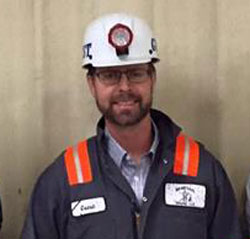 In addition to voicing his concerns about the hazardous effects of geoengineering, Davis also spoke out about the addition of noxious chemicals to the public water supply. According to Davis, an industrial hazardous waste byproduct of fluoride known as HFSA is being put into the nation’s drinking water systems. He states that HFSA is sold to water utility companies by the fertilizer and aluminum industries.

HFSA stands for hydrofluosilicic acid, and it is used to fluoridate public water supplies around the country. In 2013, J. William Hirzy, Ph.D., another former EPA scientist, petitioned the EPA to ban the use of HFSA in public water supplies under section 21 of the Toxic Substances Control Act.

In his petition, Hirzy stated: „The action will simultaneously prevent hundreds of cases of lung and bladder cancer through the reduction in the amount of arsenic now being delivered to our citizens who drink water that is fluoridated with hydrofluorosilicic acid (HFSA).”
Hirzy also noted that the agency wouldn’t be interfering with local government’s choosing to fluoridate water by removing HFSA as an option, but that the agency would be mandating the nation’s citizens not be exposed to carcinogenic substances like arsenic. Hirzy also stated that such action would put an end to use of the public water systems in the United States as „extremely profitable hazardous waste disposal sites for the phosphate fertilizer manufacturing industry.”

What is the EPA really protecting?

Davis, like many others, appeared to grow disenchanted with the EPA long before he was fired. He says that the agency merely „wants to continue their cover-up, collusion, and criminality pertaining to pollution and contamination,” which he says is being orchestrated by the multinational corporations that “really” control the EPA.

According to Davis, the „P” in EPA stands for the „protection of corporate profits” and not the protection of people, animals and the environment. He says that like all other government agencies, the EPA is „corrupt to the core” and has been completely overtaken by corporations and private interests. When it comes down to it, the EPA is protecting their keepers, and no one else.

What You Need to Know About Nuclear Attacks