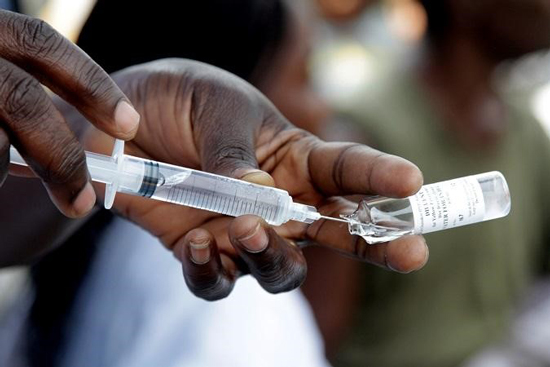 News broke in Uganda recently regarding a vaccine program that was rolled out in 2015 regarding the Hepatitis vaccine that apparently has since been given to approximately 5 million people.
Recently, the Ugandan National Drug Authority (NDA) confiscated the use of the hepatitis vaccine due to discovering it was found to be “fake”. It was produced by the Serum Institute, a company based in India, that is Asia’s biggest vaccine producer and also the second largest vaccine producer in the world.

Hellen Ndagigye, who is the director of product safety at the NDA said they had found several privately owned medical facilities which had been using this “fake” vaccine. These facilities included hospitals and pharmacies.
Hellen had received some information from a whistle blower and had an investigation carried out into the vaccine in question.
Many stores were raided by the NDA, and they noticed that on the paperwork provided, phone numbers and head office addresses were not found, details which are always easily found on legitimate pharmaceutical products.

At this stage, they do not know what is in the actual vaccine that was given. Was it just water, or something else? They do not yet know who is at fault either. Were employees doing this for example, and were they told to this? If so, why? Could they have re-sold the real vaccines somewhere else? This situation raises many questions.
Whilst Hellen from the NDA has stated that they can assure people this fake vaccine is not harmful, they are now urging people to go and get “re-vaccinated”.

This is not the first time a fake vaccine has been used in a third world country. In 2016, the World Health Organization published a report that in Bangladesh, a yellow fever vaccine which was branded under the company AMARIL was fake. Packaging of the vaccine was inconsistent to previous shipments and this alerted authorities. Again, they too said that this “fake” vaccine was not harmful, yet with the lack of safety into real vaccines, is this really an adequate response?

Third world countries should be made aware that they are quite often given vaccines and drugs that are out of date, and worse, they can even have unlabeled ingredients added, with a very sinister agenda behind it. 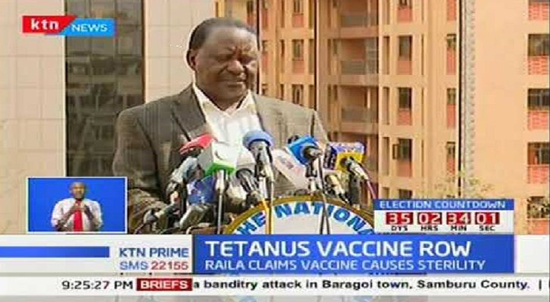 Recently, former Kenyan president, Raila Odinga, made a public televised statement regarding a tetanus vaccine given between 2014 – 2015 to approximately 500,000 women, that was confirmed to contain a sterilization hormone:
“Today, we can confirm to the country that the Catholic Church was right. Hundreds of thousands of our girls and women, aged between 14 and 49, from the fastest growing populations in the country will not have children, because of the state-sponsored sterilization that was sold to the country as tetanus vaccination”, he declared.

This story first broke several years ago thanks to the work by research journalist, Christina England, who was contacted by the Catholic Health Commissions in Kenya where she was told by a Dr. Ngare that they suspected the tetanus vaccine was causing infertility. After lots of denial by the vaccine manufacturers, it has now been proven that the vaccine in question did indeed contain the hormone HCG. Dr. Ngare and his team had six tetanus vaccines sent to the laboratory and they were found to all contain an HCG antigen.

What is sinister about this issue is that this particular vaccine was only given to females between the ages of 14 – 49, which is the age range for getting pregnant.
Dr. Ngare and some of his co-workers were brought in front of Kenya Medical Practitioners and Dentist Board and had to face scrutiny about their claims with possible removal of license to practice as a doctor. They defended themselves with scientific findings (see proof here) and the board was apparently “shocked” at what they heard. Dr. Ngare and others involved in this whistleblowing have not been struck off, yet were told to stop speaking out about this anymore in public.

Also in Kenya, another vaccine, this time for polio, was found to have sterilization agents in it as well. It was meant to be given to children under the age of 5. Two of the six polio vaccines that were sent to the lab for testing, contained estradiol, a female sex hormone, and giving estradiol to men, can make them infertile. 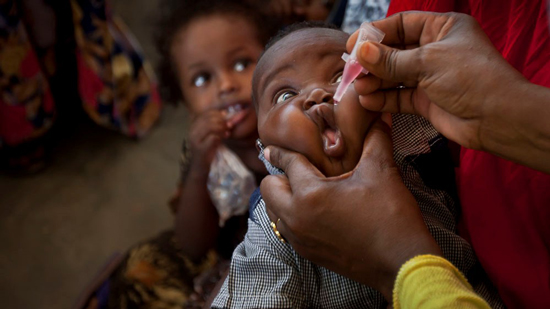 Are We In First World Countries Also Being Tested On?

This begs the question, could the vaccines we receive in other countries, for example the UK, or USA, contain unlabeled ingredients such as a HCG antigen? Christina England responded as follows:
“The Kenyan Catholic Doctors Association have proven through independent testing that both the polio vaccine and the tetanus vaccine currently being used in Kenya contain anti-fertility hormones, rendering many of their citizens infertile.
Having read their reports myself, I question whether or not the same vaccines being used on our children also contain anti-fertility hormones. To my knowledge, these vaccines have not been tested in either the UK or the US to determine whether or not they are contaminated. I believe that they should be analyzed because, according to my research, infertility rates have never been so high as they are today.”

No Independent Agencies in Place to Investigate Vaccine Manufacturers

There are no vaccine watch dog organizations out there, and if we truly had vaccine safety there would be some in place.
Disturbingly, the polio vaccine in question was also made by the Serum Institute, and you may remember reading about them in the first part of this article, where it has been linked to the fake hepatitis vaccine in Uganda.

Who is going to hold these companies accountable, or scrutinize the way they are produced? The Serum Institute for example should be under investigation for its involvement in a fake vaccine scandal and for producing a vaccine that was found to have anti-fertility ingredients in it.
The truth is no one really knows exactly what is in a vaccine. The labels clearly can lie and if they do indeed lie, then nothing is being done about those lies.

Recently in Pakistan, three young children died a day after receiving a measles vaccine which was found to be expired. The health care worker who fled after authorities were notified, has since been arrested. The parents did not consent for this vaccine to be given to their children. Seven other children whom this lady vaccinated are now in critical care.
What an utter tragedy for children to die from an expired vaccine the parents did not consent to.

Two young children have passed away close to having a pentavalent vaccine administered in India.
The two babies were given the vaccine from the same vial which was given at the clinic in Karnataka’s Mandya district. The mother of one of the babies said that her child began crying and would not stop until it fell into a deep sleep which he never woke up from. The mother later found out another child had died the day before from the same vaccine.

Whilst the local authorities have removed this particular batch of the 5-1 vaccine from being used, they are not claiming any responsibility for the deaths of the children. Other parents whose children also received this vaccine think a cover up is going on.

China and India Produce Most of the World’s Vaccines

Does the public realize that most of the vaccines are made in countries like China and India, which are both not at all known for producing high quality goods? Why then do we think that they would make medical products cleanly and safely? If there is no accountability for the vaccine manufacturers why then would we think they would carry out adequate testing on their products before being given to the public?
Both of these countries have huge issues with food they produce being contaminated with heavy metals such as lead, cadmium and from their incredibly polluted air.

Vaccines Proven To Contain Heavy Metals Not Listed On Insert 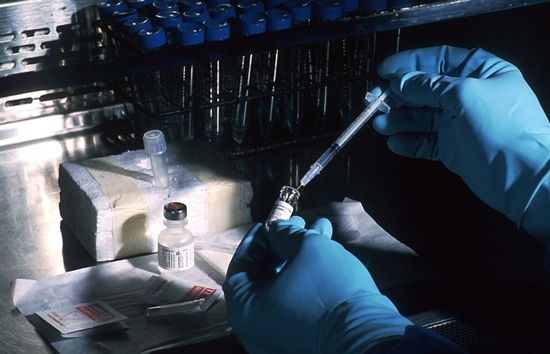 Are vaccines tested by the manufacturers for other heavy metals and contaminants before being put out onto the population? It seems no, they are not.
However, researchers have taken this task onto their own shoulders and the findings were very worrying indeed. Scientists at the National Council of Research of Italy found that common vaccines can contain metals like: lead, stainless steel, tungsten, gold-zinc aggregate, platinum, bismuth, iron and chromium.
GSK’s Fluarix vaccine was found to have 11 metals and metal aggregates in it that are not listed on its insert.
Disturbingly, the only vaccine the researchers tested that did not have any metal contaminants was a pet vaccine.

Fake medicines are also a huge problem in African countries. It is reported that at least 100,000 people die a year from the fraudulent medications.
Shockingly this fake drug trade earns these companies billions of dollars each year. It is also believed that up to 7 out of every 10 medicines sold, only three of those are genuine. Staggering numbers indeed.

It is estimated that up to 122,000 children from Sub-Saharan Africa died after being given fake anti-malarial drugs.
Profits for producing fake medications are quite astronomical – the regulated pharmaceutical industry is already a multibillion dollar industry – it is said that the fake drug market is worth up to $200 billion.

Why is the fake drug trade a huge problem? Simply because many people are too poor to visit a doctor or hospital so will buy drugs they can get over the internet or through someone they know.

It’s very disturbing to see so many people in third world countries suffer even more than they already do, purely by the hands of corporate greed, which is a very common theme these days.
The question remains: What can be done to stop it?

Breatharianism – Live off of Light (Chi, Ki, Prana), with no Food or Water

Mort am fost și am înviat