Facebook Is Looking for Employees With National Security Clearances 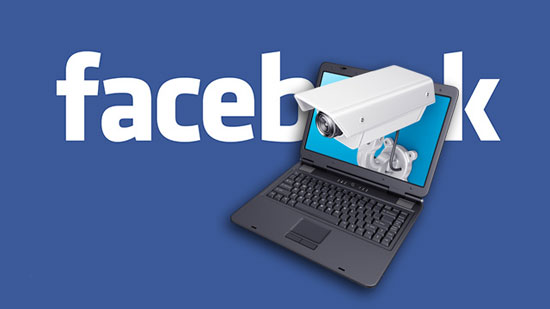 Facebook Inc. is looking to hire people who have national security clearances, a move the company thinks is necessary to prevent foreign powers from manipulating future elections through its social network, according to a person familiar with the matter.

Workers with such clearance can access information classified by the U.S. government. Facebook plans to use these people – and their ability to receive government information about potential threats – to search more proactively for questionable social media campaigns ahead of elections, according to a person who asked not to be identified because the information is sensitive. A Facebook spokesman declined to comment.

Job candidates like this are often former government and intelligence officials or contractors. The status can carry over to private-sector jobs, as long as the position still requires access to sensitive information. Previously granted clearances become inactive when intelligence workers leave government employment, but they can be reactivated on Facebook’s behalf, the person said.

The Office of the National Director of Intelligence and the Department of Homeland Security didn’t respond to requests for comment.

Facebook has been under pressure to address issues related to potential political manipulation after it disclosed that it sold about $100,000 in ads during the 2016 presidential election to buyers it later learned were connected to the Russian government. Special counsel Robert Mueller, who is examining Russia’s interference in the 2016 presidential election as well as its possible collusion with associates of President Donald Trump, is said to have a “red-hot” focus on how Russia used social media platforms.

Without employees who can handle classified material, Facebook would need to give government investigators access to its system to investigate threats, according to Scott Amey, general counsel of the Project on Government Oversight, a Washington-based group that studies national security issues. So the move to hire people with clearances may be aimed at controlling access to the inner workings of its platform, like code and user data, he said.

“Facebook may be doing this so things aren’t turned over to government”, Amey said, adding that the company’s relationship with government agencies should be transparent, including which policies the company will implement to protect any classified information its employees view.

With a facility clearance, Facebook employees could access government databases that contain classified information on individuals and organizations, and meet with intelligence officials to review documents, Edmunds said.

Russia-financed Facebook ads that were turned over to congressional panels addressed a broad range of issues, including the Black Lives Matter movement. Senate Intelligence Chairman Richard Burr told reporters at a news conference that the theme seemed to be “to create chaos at every level”.

The targeted spots were purchased by the Internet Research Agency, a Russian firm with ties to the Kremlin. Facebook’s discovery of the ads was aided by an earlier public U.S. intelligence report that named the group, but future discoveries could be easier if the company doesn’t have to wait for the public release of similar information.

Chief Executive Officer Mark Zuckerberg said that Facebook plans to add more than 250 people across its teams that deal with security and safety for the social network and to more than double the team working on election integrity. He also said the company would seek to work more closely with government officials to get information on what to investigate ahead of elections.

It’s common for private companies, such as military contractors, information technology and engineering firms, to hire employees with U.S. government-issued security clearance. Candidates with top-secret clearance have been in high demand for years.

These types of employees are needed when private companies interact and share information back and forth with government agencies. If Facebook is going to cooperate with intelligence agencies to identify potentially problematic ads and share that information with the government, it will likely need workers with security clearance.