From Korea to Abu Ghraib – War, Bio-Weapons, Torture and Back 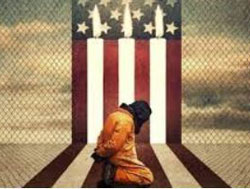 In the article The Problem is Washington, Not North Korea we pointed to the utter destruction the U.S. and its allies waged in the war on Korea on all parts of the country. That North Korea seeks weapons of mass destruction is quite understandable when one takes into account the hundreds of thousands tons of napalm used against it. But even napalm and the criminal destruction of North Korean dams were not the worst depravation the U.S. applied. Biological warfare agents, primarily anthrax, were dropped over North Korea and China and killed civilians. The US/UN command denied such use and covered it up. One consequence of that cover up was the development of torture methods in the U.S. Survival, Evasion, Resistance and Escape (SERE) pilot training programs and their later proliferation into criminal abuses in Guantanamo, Abu Ghraib and elsewhere. An important piece of evidence of this trail was recently and for the first time published on the web.

During the 1950s war on Korea heavy air to air fights were waged near the Chinese border which led to significant losses of airplane on both sides especially along the MiG Alley: USAF pilots nicknamed the day of April 12, 1951 “Black Thursday”, after 30 MiG-15s attacked three squadrons of B-29 bombers (36 planes) escorted by approximately 100 F-80s and F-84s. The MiGs were fast enough to engage the B-29s and extend away from their escorts. Three B-29s were shot down and seven more were damaged, with no casualties on the communist side. 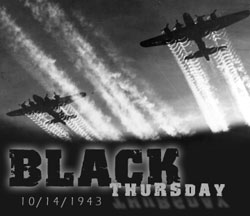 During “Black Thursday” and on other occasions, U.S. bomber pilots were captured. Some of them admitted to have dropped biological weapons over China and northern Korea. Their confessions were published in writing and publicized on Korean, Chinese and Russian radio.

The U.S. (UN) command under U.S. General MacArthur denied any use of biological warfare agents. It claimed that the downed pilots were tortured to give false confessions.

Since World War II, the U.S. Air force and Navy had established training courses in Survival, Evasion, Resistance and Escape (SERE) for pilots that might be captured by enemies. During these courses “controlled” torture was used to provide realistic training. Decades later, during the war of terror and on Iraq, the CIA hired two psychologists as “behavioral science consultants” from the SERE training staff to teach its agents how to use torture on prisoners. The absolutely inhuman and dangerous methods those SERE “experts” devised proliferated to the U.S. military which, together with the CIA, used them on alleged enemy combatants in Abu Ghraib, Guantanamo and other places.

(During the 1960s the CIA itself developed additional “scientific” torture methods and published them in the KUBARK Counterintelligence Interrogation and Human Resource Exploitation Training Manual. U.S. personal as well as several South American militias were trained in and used these abusive and illegal methods.) 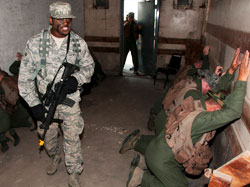 The torture training at the SERE schools and the abuse was all based on a big lie. The U.S. had used biological weapons in the Korea war. It also used chemical weapons and suppressed investigations into it. Its pilots dropped bombs with biological warfare agents over China and Korea. Theirs were not false confessions extracted by Chinese Communist methods. The captured U.S. pilots were telling the truth.

The SERE torture resistance training and its abuse are based on the bigger lie about the non-use biological agents in the war on Korea. (The Geneva Protocol of 1925 generally prohibited the use of biological agents but the specific Biological and Toxin Weapons Convention was only developed and signed in 1972.)

General MacArthur struck a deal with Japanese informants: he secretly granted immunity to the physicians of Unit 731, including their leader, in exchange for providing America, but not the other wartime allies, with their research on biological warfare and data from human experimentation. American occupation authorities monitored the activities of former unit members, including reading and censoring their mail. The U.S. believed that the research data was valuable.

During and after the war on Korea the Chinese government alleged the use of biological weapons on Korean and Chinese civilians by the U.S. The U.S. denied. A commission was called upon to investigate. 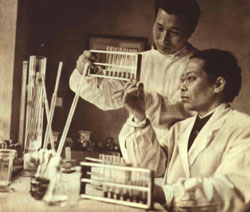 To convince the world of the truth of their claims, the North Koreans and Chinese sponsored the purported independent commission, using the auspices of the World Peace Council, gathering together a number of leftist scientists from around the world. Most surprisingly, this commission, which came to be known as the International Scientific Commission, or ISC, was headed by one of the foremost British scientists of his time, Sir Joseph Needham. The ISC travelled to China and North Korea in the summer of 1952 and by the end of the year produced a report that corroborated the Chinese and North Korean claims that the U.S. had used biological weapons in an experimental fashion on civilian populations.

For a long time the commission’s report and its appendices with the witness statements were suppressed and not available online. Jefferey Kay, a psychologist and author living in northern California, dug them up and recently published them on the web for the first time. You can read them here:

Back to the Korea facts: Sir Joseph Needham was blacklisted by the U.S. during the McCarthy anti-communist campaign. General MacArthur, one of the foremost war criminals ever, covered up the war crimes of the Japanese and especially of Unit 731. He took care to integrate the Japanese biological weapon experience into the U.S. military resources. Under his command biological agents were then used against Korean and Chinese civilians and military units. When his pilots confessed, he denied all such reports and alleged “brainwashing” through torture by the Chinese. This again led to torture “simulations” in U.S. SERE training from which recent U.S. torture in Iraq, Afghanistan and elsewhere derived. 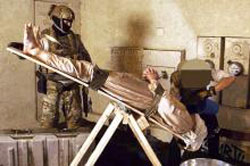 U.S. media and the public have a general amnesia whenever it comes to U.S. war crimes – no matter how recent. The Senate report on CIA torture in Iraq and elsewhere is still suppressed. But U.S. war crimes do not end. Whenever “threatened” with compromise, the U.S. tends to seek the belligerent ways. As Noam Chomsky reiterates in relation to the current campaign for another war on Korea: “Very strikingly […] there’s one lesson that you discover when you carefully look at the historical record. What I just described about North Korea is pretty typical. Over and over again, there are possibilities of diplomacy and negotiation, which might not succeed – you can’t be sure, if you don’t try them – but which look pretty promising, which are abandoned, dismissed, literally without comment, in favor of increased force and violence.”

Considering the historical record of the United States of committing and covering up war crimes as well as its general belligerence, North Korea and other nations are decided to stick to their nuclear and missile programs.