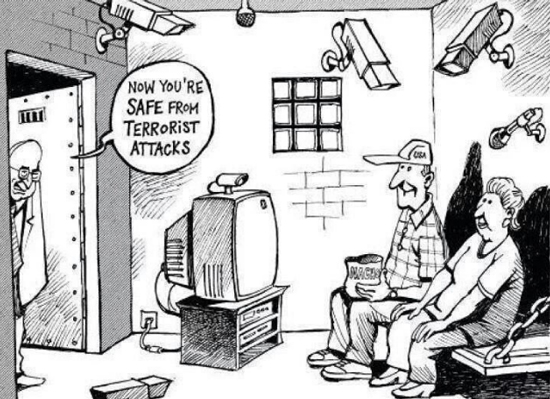 “We can’t allow there to be areas that are practically outside the law,” German interior minister Thomas de Maiziere told reporters while announcing in June new Nazi-like surveillance measures to fight terrorism.

The new measures include fingerprinting 6-year-old children and forcing technology companies to give the German authorities front doors to smartphones and backdoors into encrypted messaging apps in order to spy on all communications.

“Germany is planning a new law giving authorities the right to look at private messages and fingerprint children as young as 6, the interior minister said on Wednesday after the last government gathering before a national election in September.

Among the options Germany is considering is ‘source telecom surveillance’, where authorities install software on phones to relay messages before they are encrypted. That is now illegal.

Austria is also planning laws to make it easier to monitor encrypted messages as well as building out a linked network of cameras and other equipment to read vehicle licence plates.ˮ

It seems each new “terror” attack in Europe results in more laws that destroy individual liberty and benefit the police state. Others are noticing, too.

Reuters mades sure to add that the “proposal encountered strong opposition in Germany, where the memories of spying in the Communist and Nazi run deep.”

Many attributed Theresa May’s terrible showing in the UK election to her relentless pursuit of cracking down on Internet freedom and privacy.
Nevertheless, rogue men with knives appear to be enough to sway a fearful public and reactionary lawmakers to lock down society for the illusion of security. If they’re not careful, they’ll end up safe like the couple below: