Government Report: In 20 Years A.I. Implants Will Allow Humans To Control Our World 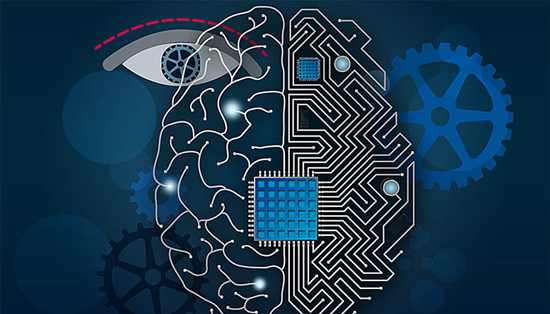 The agenda to push towards Transhumanism is on course. It has now been reported by the UK House of Lords that within 20 years A.I. (artificial intelligence) implants will allow us to control our homes, enhance our muscles, cells and repair our bodies.

John McNamara, who works at IBM Hursley Innovation Centre, in Hampshire, presented evidence to the House of Lords Artificial Intelligence Committee, which is considering the economic, ethical and social implications of the giant leap into using A.I.

“We may see AI nano-machines being injected into our bodies”, he told peers according to the Telegraph.
“These will provide huge medical benefits, such as being able to repair damage to cells, muscles, and bones – perhaps even augment them.
Beyond this, utilizing technology which is already being explored today we see the creation of technology that can meld the biological with the technological, and so be able to enhance human cognitive capability directly, potentially offering greatly improved mental, as well as being able to utilize vast quantities of computing power to augment our own thought processes.
Using this technology, embedded in ourselves and in our surroundings, we will begin to be able to control our environment with thought and gestures alone.”

He also expressed concern that A.I. could take away jobs bringing a “huge disruption” to those working in the retail and service sectors.
“Whereas today, being poor means being unable to afford the latest smartphone, tomorrow this could mean the difference between one group of people potentially having an extraordinary uplift in physical ability, cognitive ability, health, life span and another much wider group that do not”, McNamara said.

Loss of jobs isn’t the only problem that the implementation of artificial intelligence will cause – there is also the very real possibility of creating an Orwellian nightmare where there are pre-crime detection devices.
Meanwhile, in 2017, former Google executive Mary Lou Jepsen stated how she wanted to bring telepathy to human beings through a ski-hat, allowing human beings to read each other’s filtered thoughts through telepathic communication.

In 2016, at the DAVOS summit, elites met to discuss at a conference entitled Life in 2030: Humankind and the Machine, paving the way toward pre-crime as Truthstream Media reported. The elitists discussed decoding the brain and a person’s internal speech, something that sounds sci-fi but unfortunately it’s not.

The India Times reported that scientists are already developing devices capable of giving human beings an improved healing factor, “simply by allowing it the capability to reprogram our skin cells with genetic information to turn them into other cells that need to be replaced. It could have applications in a variety of medical conditions, from Alzheimer’s to cancer.”

Although a patent doesn’t necessarily mean that the company will turn the idea into a product, Google has suggested replacing the human eye’s natural lens with an electronic lens implant cyborg eye that would give its user superhuman sight and also connect them to their tablet, phone, laptop, etc.

This also comes as scientists have discussed the proposition of genetically modifying human beings to go to Mars which could involve A.I. technology in the foreseeable future.

It seems we are moving toward a day where man and machine will merge creating a human scientific hybrid. Through nanotechnology we will be able to accomplish all sorts of feats, but are we being conditioned to accept Transhumanism as human evolution?